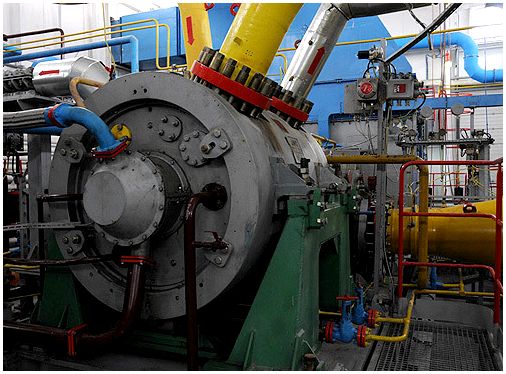 «Sumy Frunze NPO» cooperates with OAO «Gazprom» for more than 30 years and in the last few years, the Russian oil and gas company is one of the key customers of Sumy machine builders. OAO «Gazprom» has chosen Sumy Engineering as a supplier of gas compressor units and process equipment at four stations in the first phase of laying the gas pipeline system «Ukhta-Torzhok.»
In October 2011, Sumy machine builders have finished making four pumping units (GPU) with a capacity of 25 MW each, and the whole party made a shipment of equipment in the framework of the compressor station (CS) «Novonyuksenitskaya», which is currently building of OAO «Gazprom«.
At the end of last year PJSC «Sumy Frunze NPO» manufactured and shipped 4 GPA for CU «Novourdomskaya» which is based on a new branch pipeline «Ukhta-Torzhok.» In addition, the order provided in the last issue of general equipment., Ie new orders for sumchan already on the horizon. In addition to the manufacture of compressor units for COP 4 in the performance of contract work on the gas pipeline «Ukhta-Torzhok» where the planned construction of six compressor stations for the other two objects «NPO» will produce centrifugal compressors. 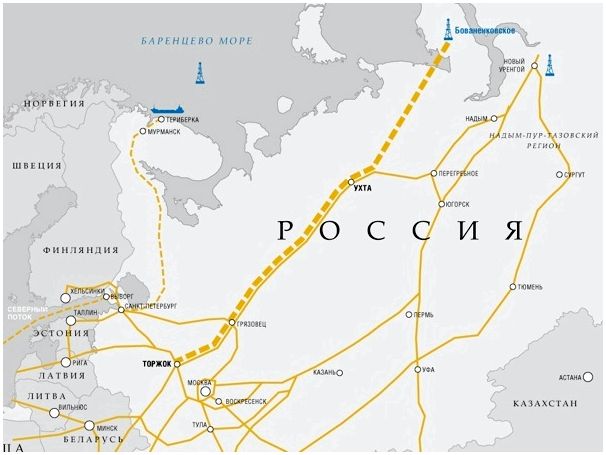 The system of main gas pipelines «Ukhta — Torzhok» is designed to transport natural gas from the Yamal Peninsula in the Unified Gas Supply System and includes the linear part of the gas pipeline and eight compressor stations. Commissioning of the power project is planned for 2012-2015.
In general, the power engineering industry of Ukraine the least affected by the crisis, mainly due to the presence of long-term contracts. In addition, the fall in the value of the metal in world markets in 2009 also had a positive impact on the profitability of enterprises, reducing the cost of production. In 2009 the output was produced energy engineering at 1.8 billion dollars. Export is mainly in Russia because of installation of an industrial machine builders Ukrainian energy infrastructure projects in the Russian Federation. During 11 months of 2011, Ukraine’s energy engineering sector showed growth of 18.2%, while the industry as a whole — 10.7%. In January-October 2011 Ukrainian enterprises Energomash increased consolidated revenue from the sale of finished products to UAH 18.181 billion, which is 15.7% more than in the same period last year.
PJSC «Sumy Frunze NPO», founded in 1896, is now one of Europe’s largest engineering systems for the production of equipment for the oil, gas, nuclear and chemical industries. Compressors and gas pumping units, unique kinds of chemical equipment, centrifuges, pumps, gas valves, oil field equipment and gas stations, a comprehensive gas — this is not a complete list of products manufactured by the enterprise. The plant also includes seven subsidiaries (the Company), designed to serve the basic production. To date, the company employs about 15,000 people. Director — Alexey Tsymbal. Shareholders: «Torberg Beteiligungen AG» — 23,61%, «AMC« Svarog Asset Management «- 10.98%.

0
Like this post? Please share to your friends:
Related articles
Interesting 0
Society Former candidate for participation in the presidential election Sergey Ryzhov said that he
Interesting 0
Everything you need to know to start cranking out cash with your PC BY
Interesting 0
«… Air Force Commander Alexander Novikov reported that the two are ready to
Interesting 0
Above the summit crater of the volcano in Alaska Cleveland workers, local observatory
Interesting 0
December 1. Annual capacity is about 180,000 cubic meters of finished products used, including
Interesting 0
Disclose Truth TV introduced a new TV show with the participation of experts: Tarpeya
Categories
SQL - 47 | 0,852 сек. | 10.85 МБ