First, in 1976 has been adopted artillery complex AK-630. Its main element was the turret, six-barreled gun curb AO-18 30-mm. Because the highest rate of fire (up to 5 thousand rounds per minute) provides certainty defeat all types of goals that had to work a similar weapon in the late ’70s. But the properties of possible targets, such as anti-ship missiles, constantly growing, and AK-630 had to be upgraded. 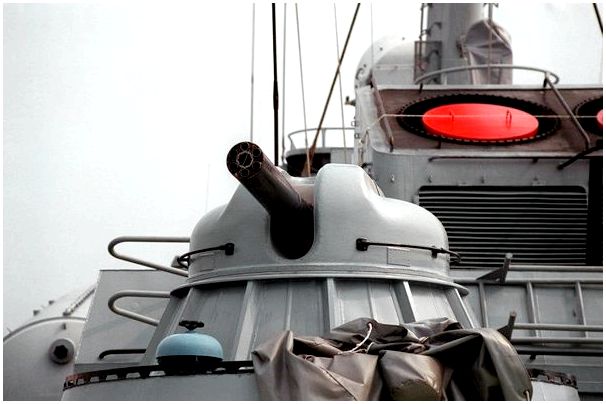 As of the 1st of growth techniques of combat efficiency of the apparatus was elected the most trivial — increasing the number of trunks. But the new version AK-630 should be based on existing machines, so they decided to set the turret is coming off two six-barrel cannon. At the end of 1983, in command of the Navy approved the tactical and technical requirements for the new complex, designated the AK-630M1-2 «Roy». Development of its assigned Tula TsKIB COO and principal designer appointed VI Bakaleva. Immediately, it was entrusted to carry out a series of works related to an increase in the reliability of machines. In the future, it was planned to change existing aboard the AK-630 in a coupled system.

Development of the newest installation took only a few months, and in March 1984 the plant number 535 (Tula Instrument) started the factory tests, which lasted until the end of November. Installation work of «Roy» on the ships took even more time — specific installation could begin only in the 87th. As a mother ship elected missile boat P-44 project 2066 of the Black Sea Fleet, the installation was carried out in the same installation. Tests on the P-44 with AK-630M1-2 came out in the summer of 1989. The targets for these tests use special aids La 17K and converted ATGM «Phalanx-2.» In the process of firing could well hit targets that simulate anti-ship missiles, at an altitude of about 10 meters. With all of this to hit one target required about 200 shells. Significant increase in fighting properties could not be reached because the command of the fleet was not to take the AK-630M1-2 into service. At the same time, in 1993, the artillery installation offered for export, but the data on large shipments so far not. 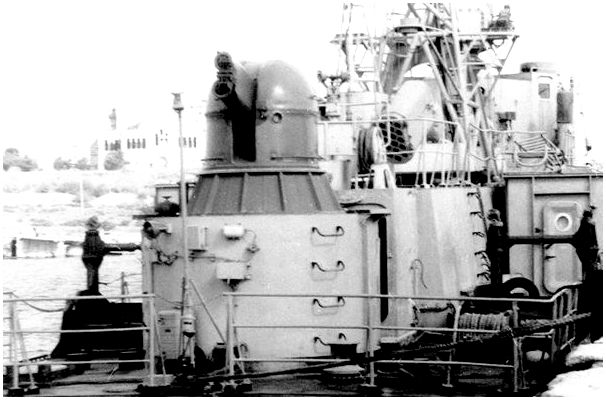 The exhibition IMDS-2007 «Tulamashzavod» showed refreshed version of the AK-630M1-2, named AK-630m2 «Duet.» A huge number of differences from the «Roy» in «Duo» is not, and almost all the concerned body of the tower — it is now produced and composed of angular rovnenky records. Argues that it is made to reduce the radar signature of installation and the ship as a whole. Blocks barrels for the AK-630m2 closed the common housing. The fate of this setup is the same as that of the AK-630M1-2 — Russian Navy until it does not take into service, and zabugornye future buyers prepare contracts are not in a hurry.

The base of all the plants of this family — automatic gun AO-18 30-mm. Guns are placed one above the other (the distance between the axes of the blocks barrels — 320 mm). Rate setting AK-630M1-2 is 10,000 rounds per minute, for the «Duo», this parameter ranges from 4 to 10 thousand rounds since in this version, you can use the machine for one or both at once. The largest range of fire setting is 8100 meters (ballistic). The greatest radius acts against air targets and goals on the surface — 4, and 5 km, respectively. But the big fire performance is achieved at least a kilometer away. Despite the existing system of liquid cooling, to maintain sufficient traits gun mount control system complies with alternating bursts and breaks between them: the queue for 200 shots at intervals of about one and a half seconds, or 400 at intervals of 5-6 seconds. After every 6 queues requires additional time to cool down the trunks and mechanics. Under recommended modes of resource trunks enough for 12 thousand shots, then drops the reference speed projectiles. 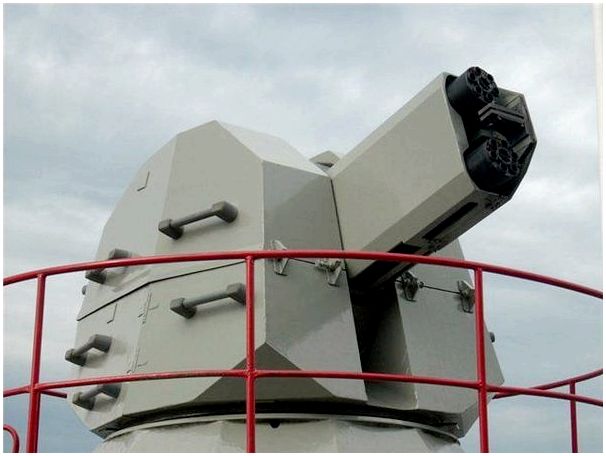 — BFL. Modification of the RP-84, which has a greater power.

«Roi» and «Duo» can work in conjunction with a few variations of control systems:

— RCS «Weasel.» A new set of equipment that can operate at once with 2 gun mounts. Detects target sector 180 ° in azimuth and 40 ° in elevation up to 21 km. With all of this support can be up to 4 targets with rassredotachivaniem largest and retargeting tools «streaming manner.»

Artillery installation AK-630M1-2 «Roy» in the series did not go, and the only ship, where she was able to work — R-44 — in October 2008, written off and sent for recycling. There are reports that two mounts AK-630m2 «Duet» will be put into small missile ships Project 21631 «Buyan-M». Construction of the lead ship of the project «Grad Svijazhsk» was started in 2010 by Zelenodol’sk shipyard.

0
Like this post? Please share to your friends:
Related articles
Interesting 0
Society Former candidate for participation in the presidential election Sergey Ryzhov said that he
Interesting 0
Everything you need to know to start cranking out cash with your PC BY
Interesting 0
«… Air Force Commander Alexander Novikov reported that the two are ready to
Interesting 0
Above the summit crater of the volcano in Alaska Cleveland workers, local observatory
Interesting 0
December 1. Annual capacity is about 180,000 cubic meters of finished products used, including
Interesting 0
Disclose Truth TV introduced a new TV show with the participation of experts: Tarpeya
Categories
SQL - 47 | 0,380 сек. | 10.87 МБ