The project will be located at the northern coast of Scotland near Keytnesa and will provide about 40% of the required electricity for the region. The cost of the complex, which will contain 339 turbines in the area of 300 km2, make € 4.5 billion so new farm will be 50% more powerful than its counterpart in Kent, being the first among the farms built in the deep waters of the licensing of the «third circle» . 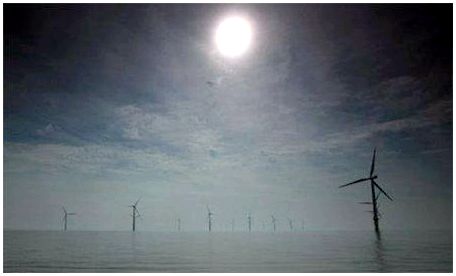 The total generating capacity of 1.5 gigawatts farm. The funny thing is that the American billionaire D.Tramp believes that the 200-meter turbines will be too much to spoil the view from the new golf course, which he intends to build at the same time on the coast. But, despite this, in 2018 the project going to start.

The fact that the farm will be located about 20 kilometers from the coast, will only increase the efficiency of its work, experts say. Electricity from the new turbines will benefit from 800 thousand to 1 million Scots. Each year with clean energy produced would reduce CO2 emissions by 3.5-4.5 million tonnes from coal heating to 1.5-2 million tons, compared with gas.

In addition to British investment in the construction of wind farms involving Chinese, Spanish, and Portuguese companies. It is planned to increase the capacity of the farm.

0
Like this post? Please share to your friends:
Related articles
Interesting 0
Society Former candidate for participation in the presidential election Sergey Ryzhov said that he
Interesting 0
Everything you need to know to start cranking out cash with your PC BY
Interesting 0
«… Air Force Commander Alexander Novikov reported that the two are ready to
Interesting 0
Above the summit crater of the volcano in Alaska Cleveland workers, local observatory
Interesting 0
December 1. Annual capacity is about 180,000 cubic meters of finished products used, including
Interesting 0
Disclose Truth TV introduced a new TV show with the participation of experts: Tarpeya
Categories
SQL - 47 | 0,216 сек. | 10.84 МБ