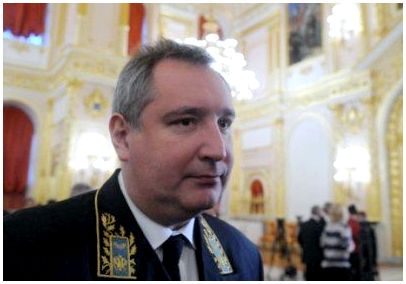 Dmitry Rogozin, Deputy Prime Minister and Special Envoy of the President of the Russian Federation on Transnistria.

Not so long ago, I took a film under the title «Transnistria: Hostage Great Game». The movie had a definite impact in Transnistria and Moldova and Russia. Hopefully, thanks to my previous job anyone could draw the right conclusions. But for the moment not the smallness of it. As the deterioration of the geopolitical situation in the world in the strategic region of Eastern Europe, where exactly is Transnistria — the situation is too far from the standard. More precisely, the information war against the Transnistrian Moldovan Republic is gaining strength, and that is also exacerbated by internal political divisions.

That’s now on the information portal «Epresa.md» published an article devoted to the visit of the 16th of November in Moldova Deputy Prime Minister and Special Envoy of the President of Russia, Dmitry Rogozin on Transnistria, under the title «Dmitry Rogozin will bring» a bomb «in Chisinau?». In the material, namely, there are such kind of maxims: «November 16, Russian Deputy Prime Minister will present the new Moldovan authorities plan to resolve the conflict. According to the source, the text of the document has been agreed with Tiraspol. According bolshennomu account offers Rogozin identical with the» Kozak plan «proposed by the Kremlin Chisinau 9 years ago. Transnistria, as Moscow claims, will receive a special status within the united Moldova. in the unicameral parliament, the Transdniestrian region of the country will have 20% of the deputies. Yet, in Tiraspol will have their legislative and executive bodies. At the state level, one seat of the Deputy Prime Minister will get the Transnistrian side. Also on the left bank will be put MDL, and along with it will still be some time to walk the Transnistrian ruble «.

Time, «the document has been agreed with Tiraspol,» I once asked such sensational news from the Minister of Foreign Affairs of Pridnestrovie Nina Shtanski. Nina said that such stuffing comment is just silly and she never done it and would not do it in the future. Dmitry Rogozin, in turn, Twitter said that «On the banks of the river do not know anything about the federal» plan Rogozin. «I’m on the banks of the Moskva River, too, do not know what you mean». What’s all the same for the presentation of the EU Member States, the Head of the EU Delegation to Moldova Dirk Schubel is skeptical about the existence of a new disk imaging «Kozak plan». So, sir Schubel said: «Personally, I would be cautious in relation to these» plans «, placed in the press, and would not pay attention to it. Need to continue to work in the 5 +2 format and Rogozin’s visit should be carefully obmyslen». By the way, Moldovan official media notes, that on November 16, Dmitry Rogozin accept a role in the Moldovan-Russian intergovernmental commission on economic, will also discuss the possibility of opening the Russian consulates in Balti and Tiraspol.

In my opinion this kind of regular stuffing on «how our homeland» merges «Transnistria», and even with the mention of this in the context of the Deputy Prime Minister Dmitry Rogozin focus only on what can be stronger so as to unbalance the situation in the already troubled region. It should have long recognized that Transnistria was formed as the present government is independent and this fact only makes sense to recognize, not to play with fire. These «games» — a lot of agents provocateurs who do not care about the people of Moldova, nor to the people of Transnistria. Their goal — is to create yet another «hot conflict» in such a «successful» for this place, as the joint geopolitical interests of Russia and the EU Member States. I hope that the responsible persons in the Russian Federation and the EU understand this! 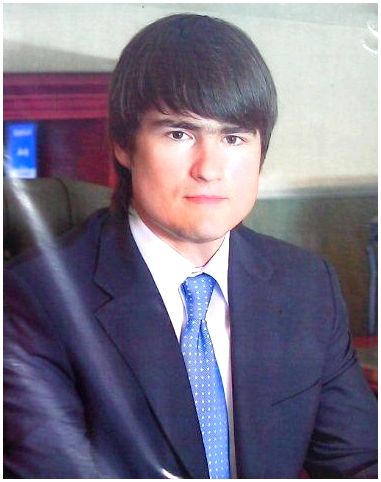 Now I would like to mention some internal turmoil in Transnistria, which is also absolutely do not add positive republic as inside it, and beyond. So, on October 28 by-elections in Tiraspol city The Council of People’s Deputies. These elections were a remarkable fact that they took the role of Eugene Gushan — the son of the President in naikrupneyshey Transnistria of «Sheriff» Victor Gushan. Election results were as follows: For a candidate Vladimir Gubarev Veniaminovich gave their votes to 15 people per Fours Yuri Spiridonovicha — 105 per Svetlenko Denis Vladimirovich — 393 for Gushan Evgeny — 394. Voted against all 15 voters, 17 ballots were invalid. The turnout was more than 40% of that for the PMR is a good record. As we see, with the smallest margin of one voice defeated Eugene Gushan.

And everything would be fine, but the «perpetual candidate» in all elections in Transnistria Yuri Fours, which, judging by the results of the vote, winning no light at all, has filed a complaint with the Tiraspol city Tribunal to declare the elections invalid. Here, as a political scientist, who oversaw all the major elections in Transnistria, I noted that the legal proceedings following the elections in Transnistria — it’s fun beloved local candidates. Fortunately, you can fantasize a lot of reasons, even in the case of the most honest elections. Fours that’s dreaming, that some non-transparent bags (actually bags with food) that are brought to the members of the election commission is also a member of the OIC, IA Olkhovich, then campaigning Eugene Gushan, where he was depicted together with the Chairman of the City Council Alexander Szczerba. Finally, on November 13 the results of the elections held on October 28, surrounded by number 15, were canceled Tiraspol City tribunal. As reported by «Kommersant-MD», prerequisite for canceling the elections were called irregularities in the printing of the ballot papers. According to the source, «b-MD» Tiraspol familiar with the course of the meeting, it became clear that the territorial election commission ordered the printing of the ready «Tipar», a member of the publishing house «Delo» which, in turn, comes to holding «Sheriff». It is also worth note, that the court ignored the fact that the 635 inhabitants of the neighborhood of the number 15, which is 60% of all who took part in the elections, voters expressed their own protest cancellation of elections.

This kind of decision of the city court of the town of Tiraspol in general may become a historical perspective of the creation of huge problems for now at least some of the election campaign in the region. The fact is that for all previously held elections in Transnistria, which I was a witness, bulletins were produced by printing «Tipar.» So Makar, you can undo the results of the local elections in 2010, the year, and coupled with the elections to the Supreme Council of the TMR. The idiocy of the situation, especially given the unfavorable external factor, simply colossal. In particular, taking into account the fact that, allegedly, according to the head of the Administration of Tiraspol Andrew Bezbabchenko for such strong opposition elected a deputy of Gushan Eugene City Council, is none other than President PMR Yevgeny Shevchuk, and oversees the legal side of the issue of the chairman of the arbitral tribunal PMR Maria Miller, who in this way wish to reduce the impact of Victor Gushan local legislative bodies

In part, I have already touched on the theme of difficult relations Victor Gushan and Yevgeny Shevchuk in his movie. At the moment we can only point out the fact that Shevchuk which previously was also a top manager of «Sheriff», currently represents a different, better from the «Sheriff» part of the Transnistria (and not far only) elite. Part of the party «Update» and members of the party, affillirovannyh to the company, «Sheriff», at the moment the team moved to the new President of the Republic. Catchy as well, that the arbitrator Kuchurko OV, handed down the decision to cancel the results of the elections, when he Shevchuk EV Chairman of the party «Renewal», he worked as a legal adviser to and immediately left the game with the departure Shevchuk EV On the sidelines of the court it is obliged to justify enormous pressure on her by Andrew Bezbabchenko, speaking in negotiations with it on behalf of the President. And such a split is observed in all the «branches» of power in Transnistria. What still concerns the situation with Eugene Gushan, it is unlikely that the situation is so weird with the decision of the Tiraspol City Court explained only «evil machinations» Yevgeny Shevchuk. I think the premise is much banal and the appeal to the Supreme Tribunal of the situation will correct this dumb, and judges are more high-level undo this ill-considered in all and devastating for the national budget decision Tiraspol City Court. What did the domestic front in Transnistria, I can only point out that conflicts with regional elites never even brought up to no good. BACKGROUND PMR President Igor Smirnov, who wanted to be king and god of the terrain eighth of Moldova, on this already got burned.

0
Like this post? Please share to your friends:
Related articles
Interesting 0
Society Former candidate for participation in the presidential election Sergey Ryzhov said that he
Interesting 0
Everything you need to know to start cranking out cash with your PC BY
Interesting 0
«… Air Force Commander Alexander Novikov reported that the two are ready to
Interesting 0
Above the summit crater of the volcano in Alaska Cleveland workers, local observatory
Interesting 0
December 1. Annual capacity is about 180,000 cubic meters of finished products used, including
Interesting 0
Disclose Truth TV introduced a new TV show with the participation of experts: Tarpeya
Categories
https://lv-med.space/best/ сиалис аналоги купить дженерик сиалис купить воронеж.
SQL - 49 | 0,148 сек. | 11.44 МБ