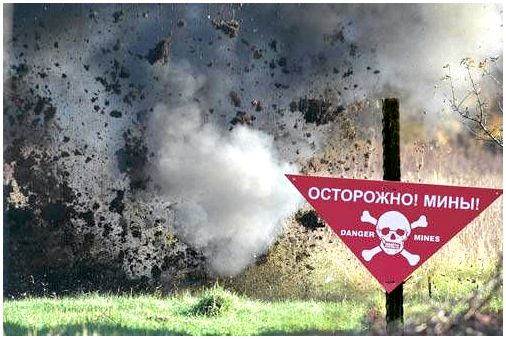 It’s clear that anti-personnel mine exploded when it come either cut to the narrow wire, stranded on the way (famous «extensions»). The result is damage or force of the explosion (high-explosive mines), or fragmentation (fragmentation mines).

But a little known mine PMP, which will be discussed, is the house. It does not explode, and fires. And yet never misses — a sort of «underground sniper.» Mines, by the way, do not know how to miss.

The creators of the Ottawa Convention on the prohibition on anti-personnel mines have left a lot of loopholes to exploit them. The Convention says: «Anti-personnel mine» means a mine designed to be exploded by the presence, proximity or a specific human exposure and for all that will incapacitate, maim or kill the 1st or more persons. «

But in-1’s, no mine in general can not be released from the «presence or proximity of a person,» because they do not have the mind and can not find it very presence or proximity. In all cases, the victim, though unintentionally, but she operates the mine, affecting its sensors — sensors goal. And in-2, PMP mine, according to the Convention, and this really is not, because it does not explode, and — shoots.

Pedigree mines PMP rises to the old days, when hunters and warriors used a different kind of «crossbows.» First it was the bows or crossbows aimed at the path and operates when the victim hit the string or twine. Later for this purpose was used firearm.

The reliability of such crossbows was small, and their use was of a one-time nature. Install a gun or rifle, target him, stretching the string, and in particular mask was long and difficult. Vpribavok there was no guarantee that the bullet will hit the target, not proparhaet past that in most cases happened.

In the process of solving the puzzles that were born so called bullet mines. In the most common form of bullet antipersonnel mine is a simple single-shot pistol, dug into the ground muzzle skyward. No sights are required. Victim itself will force a mine fire, stepping on the barrel, the tip of which is slightly sticking out of the ground and barely visible. Do not need this pistol and difficult gate. His bullet in a mine is not perfect. 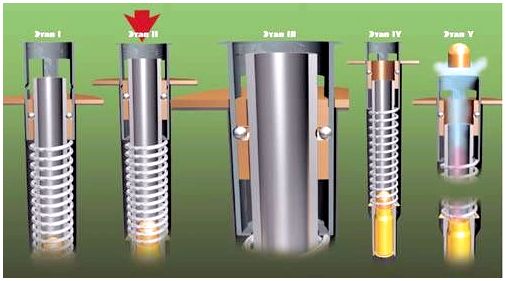 How triggered mine. I. Mina in a combat situation. II. The victim stepped on a landmine. Under pressure from the foot bush starts to fall down, compressing the mainspring. III. Bush dropped until the annular groove in it have gained the level of beads. Balls that are always pressed a spring-loaded barrel, roll out into a groove. Contact clutches and shaft broken. The barrel is free. IV. The barrel together with the cartridge by the spring quickly went down and hit a primer about the drummer. Shot! V. The bullet passed trunk and punched rubber, enters the victim’s leg

Make out as an example of a bullet landmine Soviet mine PMP, which was adopted by the Russian army first 1960s. The larger the diameter of the mines 3.6 cm, height — 12 cm, weight — only 145 grams. Mine is loaded with 7.62-mm cartridge for the TT pistol. To shoot you have to press on her cap with a torque of 7 to 30 kg.

When fired, the bullet pierces the foot or the heel of a person stepping on it. This part of the human body is full of small, multiple bones, lots of blood vessels, tendons and muscles. Coupled with a bullet wound in the sole of the shoe fall into pieces, as the red-hot powder gases and particles of gunpowder. The wound is always listed as a weary foot, and requests long-term treatment. Often, after similar injuries person is disabled, but for all the criteria in the coming two to three months of this fighter is not a fighter.

Although the engineers who developed PHC based on the objectives of creation mines a cheap, common in the appeal and the installation created for the mass mining approaches to their positions unqualified fighters, it is still completely fit into the South American concept of «humanization of mines.»

This concept is being hailed at that time as a method of reducing the soldiers’ deaths during the war, in fact pursued a completely different purpose. First — the sharp decline in prices min by reducing their size and the amount of explosives that allows you to provide troops for the same means essentially a huge number of minutes. But most importantly, the estimated U.S. economists, more profitable not to destroy enemy fighters and cripple him. This was achieved several goals at once. In 1-x, maimed or killed by a fighter prototype not apply to war. In-2, wounded, in contrast to the deceased, is required to make the battlefield and bring to the hospital, what is spent on fuel, mc and distracted from the battle over 2-fighter. B-3, the government is the huge cost of healing, feeding and maintenance of the wounded. B-4 to be disabled in upcoming becomes a burden for the country, because it can not vsepolnotsenno work. And most importantly, in-5’s, view a huge number of amputees will inevitably undermine the morale of the population. 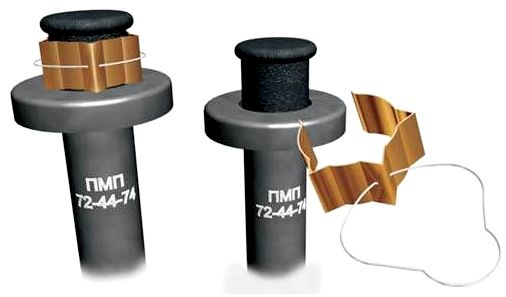 Appeal with the mine as easy — you only need to drop the wire ring on the trigger guard and pulling on it, remove from the mines this bracket

Exclusively to the movies

It may be a time to take your foot off the mines when a shot? Do actors in action movies it goes without much difficulty, even with ordinary, not bullet-personnel mines. Reaction cinematic Superman is much greater than the velocity of detonation of TNT (6000 meters per second). In life, things are a little different. The process of operating mines continues 0.2-0.4 seconds. Human response to external stimulus (in other words, the time from the moment of impact to understanding the brain orders the muscles) — 0.2-0.7 seconds. On muscle contraction and the fact that the feet had gone to the mines, will take at least 0.4-0.8 seconds. Total — 0.6-1.5 seconds. In other words, even at the theoretical level of ability there is no salvation.

Puncture in the ground

Installing the mines is very ordinary. Pretty pierce a hole inthe ground, the body cross section is equal to the depth of the mines and in the length of the hull, and lower back mine so that towered above the surface of the rubber cap only. To do this, set the iron mines there is a special punch — pin. If the soil is very Myagenko or squishy, then the union cap can slip the plywood circle (thrust washer) with a diameter of 10 cm, which also comes in a set of mines. 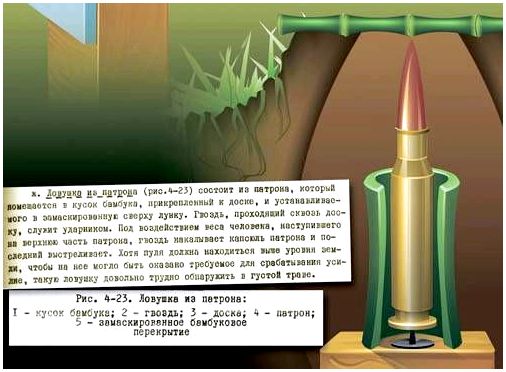 How good would all mine — and plain, and comfortable in the appeal, and reliable, and efficient, and promising for the mechanization of mining — very simply a device that can establish such mines tyschami in a matter of hours. At least for the standard machines for planting forests. But despite all this, the widespread introduction of bullet mines have not found a.

Reason one. PMP does not have major damaging factor inherent in all other types of mines: it does not cause terror in the enemy’s mine. The fact is that on the battlefield and defeat the soldier shot by a bullet is usually not perceived as working mines. From the outside it seems as if the fallen fighter just floored by the enemy shot. But just mine horror — it’s a massive psychological tool that can halt the advancing infantry, to deprive a fighter determined to go ahead, immobilize their will.

0
Like this post? Please share to your friends:
Related articles
Interesting 0
Society Former candidate for participation in the presidential election Sergey Ryzhov said that he
Interesting 0
Everything you need to know to start cranking out cash with your PC BY
Interesting 0
«… Air Force Commander Alexander Novikov reported that the two are ready to
Interesting 0
Above the summit crater of the volcano in Alaska Cleveland workers, local observatory
Interesting 0
December 1. Annual capacity is about 180,000 cubic meters of finished products used, including
Interesting 0
Disclose Truth TV introduced a new TV show with the participation of experts: Tarpeya
Categories
SQL - 56 | 0,255 сек. | 11.5 МБ