The German company «Keppeler GmbH» in 2002 launched the creation of the 5th generation of sniper rifles mission and its civilian hunting version — Keppeler KS V Bullpup Hunter. German designers managed to make an ultra-modern office tool, which in the pros not only OUTDOOR beauty execution and the highest sniper properties. As is clear from the very name of rifles, guns bullpup layout scheme. Curiously placing the store box-type — it is set at a 45 degree angle from the left side of the rifle, slightly above the pistol grip. This placement of the store reduced the length actions to make recycling, thereby reducing the recharge time itself. In addition, it had a positive effect on the commission of the subsequent shot. The designers say that this arrangement will allow the rapidly swap empty shop for a full store, but it’s not quite the case. Mounting box stores — a spring-loaded rocker. The magazine catch, made on his wall engages the rocker when installing it into the rifle and remove the empty store only one hand is quite problematic.

Higher cost rifles determines the quality of the well-known German:

— the highest quality of performance; 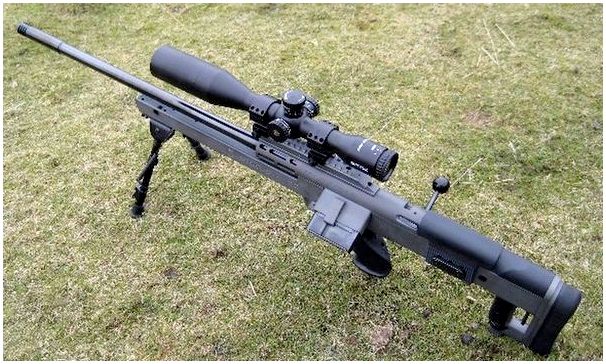 The properties of all products rifle «Keppeler KS V» indeed very probable for the ammunition used, and the quality of the fit can be seen on clear parts to each other, there is no play where, in principle, they are allowed. But filigree adjustment has resulted in a tool that has become more susceptible to various kinds of pollution. Rifles are very susceptible to dust and its implementation in a dusty area will soon be a sharp drop in fighting the devil. However, the criterion for urban and competition rifles «Keppeler KS V» virtually flawless gun.

The design of the device and rifles «Keppeler KS V»

Base rifles «Keppeler KS V» — rolling shutter longitudinal type. It closes with eight stops fighting type bore. To reduce the applicable details in the rifle, the designers were given an additional gate fixed position — the handle of the gate goes to the top of the slot box trunk. With all of this handle will not quietly aims to set the sights. Because you can immediately find visually — is a tool of the fuse. Of the proposed munitions, mainly cartridge is 51 mm long and 7.62 mm NATO standard (.308). «Keppeler GmbH» makes it possible to order a rifle at least some caliber, with all this of course will change some details of the rifle, and the cost will rise accordingly. The design of the rifle «Keppeler KS V» for the first time extensively used aluminum powder for the most part — it significantly reduced the weight properties of the rifle. Even though it affected the strength of the instruments, the structural arrangement of parts is such that even when the main components do not undergo main shock and deformation.

Rifle sniper mission provided with 3 bipod. The front two bipod removable type mounted first forearm, height adjustable and fold. Third cog is made in the lower part of the butt, is a typical bolt that twisting, becoming the third bipod rifle. Posted trunk Rifle has no contact with the rifle forearm. Butt secured adjustable for height and length. To increase-decrease the length of the butt use a special bolt that screwed back off or not quite comfortable. And you can choose a comfortable height with the comfort of the pen. Left-handed rifles 5th generation of «Keppeler GmbH» would be very awkward to use — all the elements are arranged so that for the realization of recharge have to clean up the face far from the rifle. As standard, there are three stores — two of them with 5 ammunition and one with 3 ammunition, and 3 barrel length 50, 60 and 65 cm for Losers, rifles are not equipped with iron sights. To install the favorite sight on a rifle strap in an «Picatinny», which is located in the middle of the instrument in its upper part. To install additional devices, such as a flashlight or night vision, there is another strip of the type «Picatinny», made in front of the guns, approximately over the middle of the barrel. It is possible to install a bipod, which will increase the overall stability when shooting «Keppeler KS V». 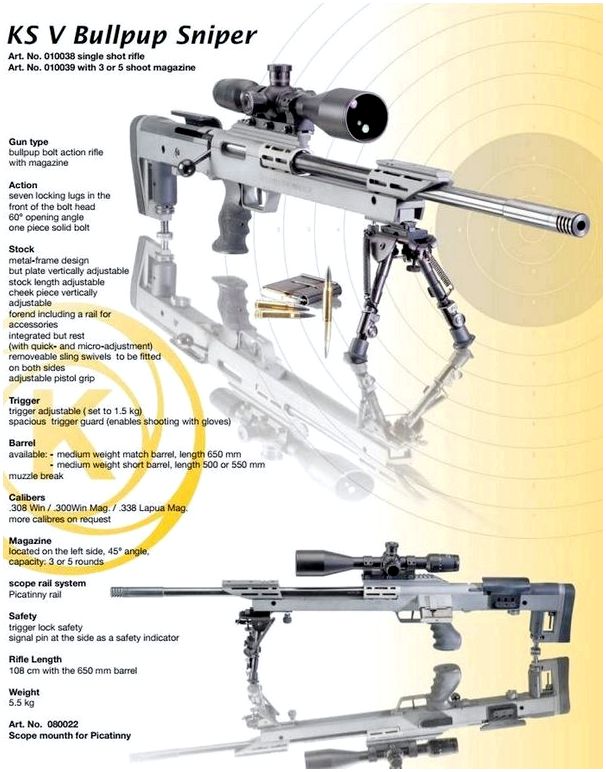 Rifles 5th generation of «Keppeler GmbH», although the properties and provide the highest accuracy results, but have a value exceeding the cost for such rifles rivals in 1.5 times, and it has impacted on the fact that their military units to this day do not eat. According to the available disk imaging Keppeler KS V Sniper came in small quantities in certain special services of the eurozone. On the market of hunting weapons rifle series «Keppeler KS V» is also quite large uniqueness — the acquisition of rifles can brag small number of financial and secured weapons fans or fans of hunting — it boasts such a rifle at them all have reason to. 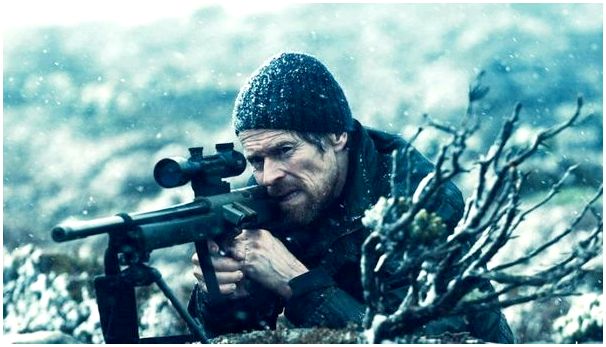 Rifles on the market in two variants:

— «Hunter», a modified version of the rifle for hunting;

The cost for Keppeler KS V Sniper from 5000 euros, all trunks on deflotu equipped with a muzzle brake.

The cost for Keppeler KS V Hunter 4182 euros, all trunks on deflotu equipped with a muzzle brake.

0
Like this post? Please share to your friends:
Related articles
Interesting 0
Society Former candidate for participation in the presidential election Sergey Ryzhov said that he
Interesting 0
Everything you need to know to start cranking out cash with your PC BY
Interesting 0
«… Air Force Commander Alexander Novikov reported that the two are ready to
Interesting 0
Above the summit crater of the volcano in Alaska Cleveland workers, local observatory
Interesting 0
December 1. Annual capacity is about 180,000 cubic meters of finished products used, including
Interesting 0
Disclose Truth TV introduced a new TV show with the participation of experts: Tarpeya
Categories
SQL - 47 | 0,219 сек. | 10.88 МБ