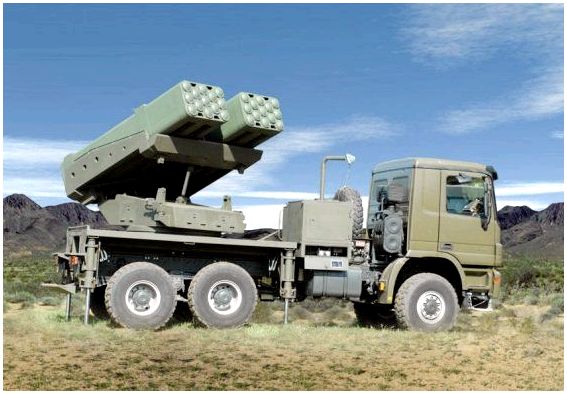 Lynx is an economical multiple rocket launcher (MRL) established for firing rockets caliber from 122 to 300 mm, placed on a highly mobile chassis 6×6. This completely autonomous launcher can be recharged in 10 minutes. Lynx MLRS can be configured to implement different types of rockets starting with 2-sealed packages of containers: 40 (2 packs of 20 missiles each) 122-mm Grad rockets with a maximum range of 20 to 40 km, 26 (2×13) 160-mm rockets LAR-160 or ACCULAR with the greatest range of 45 km or eight 300-mm rockets (2×4) EXTRA with the largest range of 150 km. In addition, the platform can serve as a launcher for high-precision cruise missiles Delilah-GL, and tactical ballistic missiles LORA, which have the highest range of 280 km. The missiles can be equipped different types of warheads, including fragmentation, incendiary, smoke, lighting or cluster with high-explosive antitank elements. 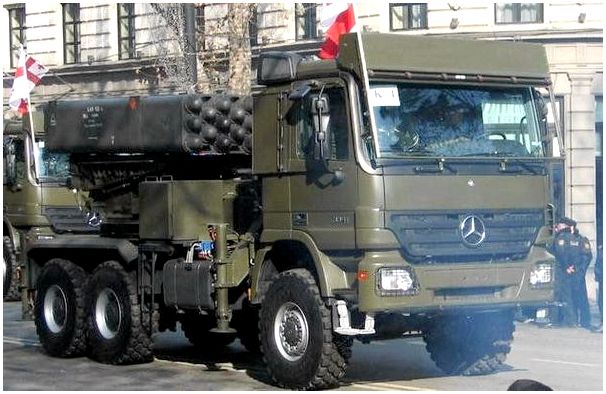 The advanced fire control system allows the machine to choose Lynx sealed bag container in accordance with the purpose to shell and thereby produce desired characteristics. The highest permeability and mobility allows the launcher to change position quickly, minimizing the risk of falling under the counter-battery fire. Onboard communications and computer technology allow Lynx to work both independently and as part of the network-centric schemes, or being passive, or a built-in element of a large artillery units.

Concern Israeli Military Industry (Israel Military Industries, IMI) is a leading supplier of defense products sverhtehnologichny in the armed forces around the world. IMI offers its customers innovative products and systems to meet operational requirements and needs. Its main products include the production of a full range of ground and air weapons systems and ammunition, suitable for all types of problems — the highest intensity conflict, asymmetric warfare and internal security. Over the past years, sustained an average annual income of IMI exceed $ 485 million. Once a year on research and scientific development works concern spends about $ 50 million. 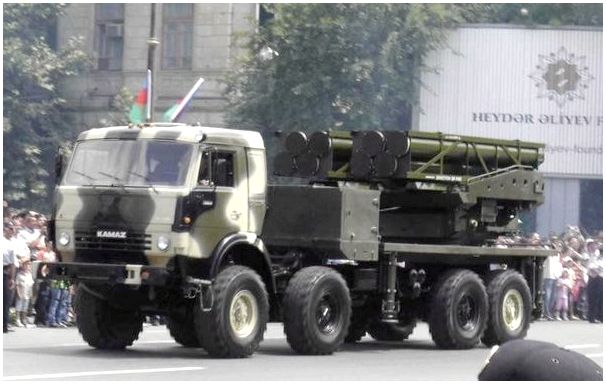 One-off missile containers sealed bags are charged in the industrial criteria and make the functions of the transport containers and launchers. Blocks BM-21 Grad can be charged by hand, they are less effective, and in the main are used for training. Lynx MLRS has features completely autonomous ballistic calculations and shooting. Also has a frisky during deployment, allowing open fire for several minutes after the march. Full salvo can be carried out by the operator specifically from the cockpit or remotely. Mobile launcher Lynx served the charging vehicle, kitted out with a crane. It is carrying four containers with missiles (two sets of re-charge). Reloading usually takes place at a sufficient distance from the firing position to avoid counter-battery fire. 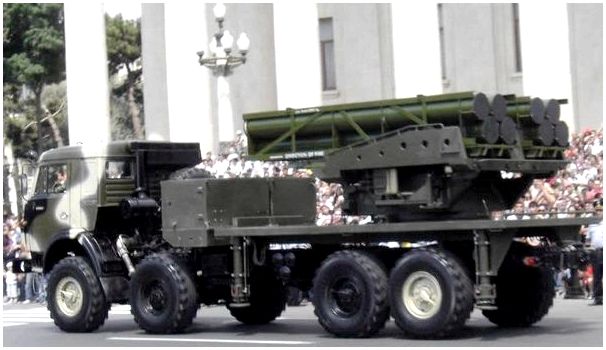 Different versions of the system Lynx are in service with Azerbaijan, Argentina, Venezuela, Georgia, Israel, Kazakhstan, Romania and Chile. Georgia acquired MRL Lynx in 2007, two 13-pack chargers LAR-160 (or two 20-pack chargers Castle) on a truck chassis 3341 Mercedes Actros (6×6). Azerbaijan has recently acquired several MLRS Lynx. Lynx have been specially modified to please the specific requirements of the Ministry of Defence. There they got the name Doly 1 (BM with 122 mm PC on KAMAZ-6350), Leyasan (MB from 160-mm PC on KAMAZ-6350) and Shimshek (MB from 300-mm PC on KAMAZ-6350). Lynx use MLRS Azerbaijan Turkish 122mm packages containers T-122 Sakarya. Kazakhstan also acquired Lynx MLRS based on KAMAZ-63502, the system has received the local name «Naiza» («Spear»). 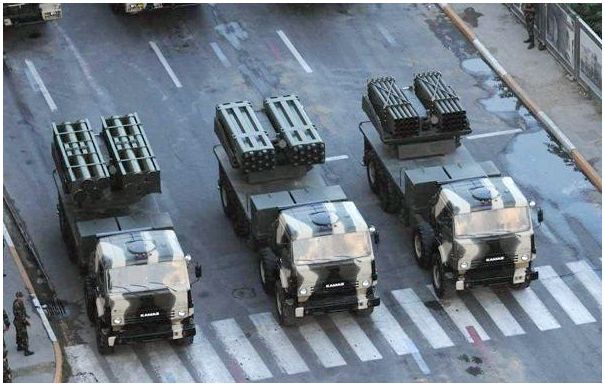 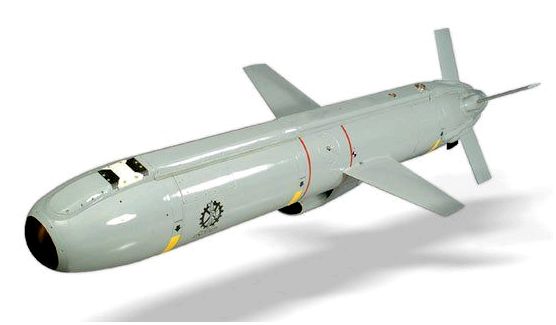 Excessive precision munition was developed EXTRA units IAI: Rocket Systems Division and MLM. The purpose of this was to develop applets missile weapon that is compatible with a wide range of launch platforms, while providing all of this outstanding precision ground attack. A super-horizon instrument was created to arm the Israeli armed forces and zabugornyh.

EXTRA rockets currently being offered in packages, containers of four units each for ground-based launchers and for sharper attacks can be rehabilitated-guided GPS. Thanks to the one-off packages, containers sealed achieved long life and low maintenance. The missile has a range greater than 130 (150) km and armed with a 125 kg warhead. Starting weight of the rocket is 450 kg, a nd the possible radial deviation (CWE) least 10 meters. In size rocket very similar to the tested missiles M26, M270 MLRS mounted on used by the U.S. military and its allies. EXTRA little larger in diameter than M26 (300 mm in comparison with 227 mm) and has a length of 3.97 meters. 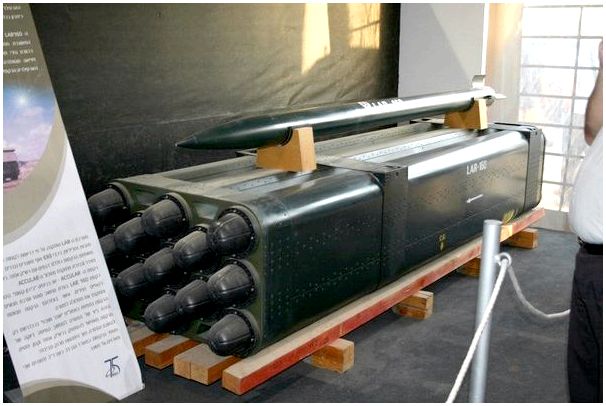 The standard 160-mm rocket LAR is 3,314 meters in length, the weight of 110 kg and the highest range of up to 45 km, and the standard pack contains 13 rockets LAR. Solid rocket engine weighs 36 kg and is said to have «kutsee burning time.» Drop-tail stabilizes the flight after the rocket launch container. Their scope is 350 mm. To achieve long-and medium-range missiles to the nose can be added spoiler ring. The initial speed at the start of 12 revolutions per second, increasing to 20 revolutions per second at burnout. The highest rate of burnout 1,022 m / s. Warhead has a low aerodynamic drag. Its length is 1,279 mm and the total weight of 46 kg.

ACCULAR is an autonomous rocket «surface-to-surface» with a GPS-guided. Was based on the LAR-160. The missile with a diameter 160 mm and 3,995 mm, has a longish range of 14 to 40 km, and the weight is 35 kg warhead. Its possible radial deviation (CEP) is the least 10 meters. Control and navigation missiles carried on-board computer. Jet taxiing set makes adjustments to clear the line of motion of hitting the target. ACCULAR is a cost-effective choice for accurate target engagement and the unitary high explosive warheads. 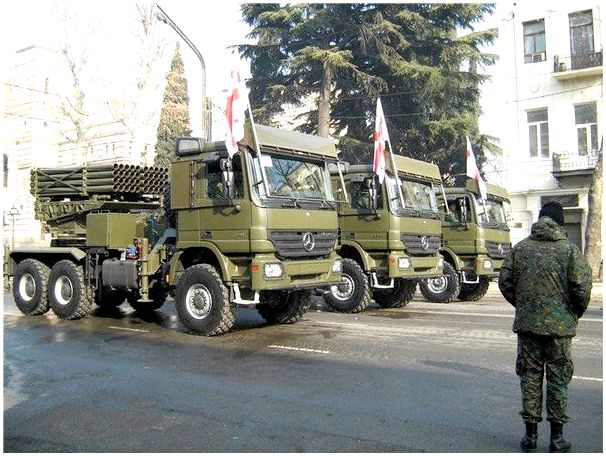 The standard package contains 20 Grad rockets length 2.87 meters and weighing 66 kg. The missile has a maximum range of 21 (40) km and a warhead weighing 20 kg. This system is also compatible with not so long ago developed 122-mm rockets.

0
Like this post? Please share to your friends:
Related articles
Interesting 0
Society Former candidate for participation in the presidential election Sergey Ryzhov said that he
Interesting 0
«… Air Force Commander Alexander Novikov reported that the two are ready to
Interesting 0
Everything you need to know to start cranking out cash with your PC BY
Interesting 0
Above the summit crater of the volcano in Alaska Cleveland workers, local observatory
Interesting 0
December 1. Annual capacity is about 180,000 cubic meters of finished products used, including
Interesting 0
Disclose Truth TV introduced a new TV show with the participation of experts: Tarpeya
Categories
Fast loans. Get 1000 payday loan with CSU. Borrow money today!
SQL - 49 | 0,269 сек. | 11.51 МБ