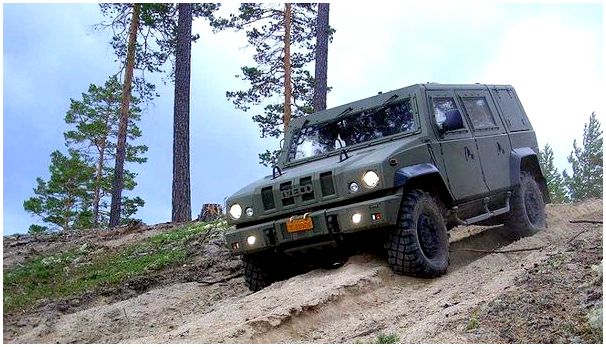 Russia does not suit screwdriver assembly Italian armored vehicles Iveco LMV Lynx (the troops received the designation «Lynx».) In an interview with the newspaper» Izvestia «said Deputy Prime Minister Dmitry Rogozin said. According to him, the Russian side wants to reach from Iveco creation of a joint venture for the production of armored vehicles and increment localization of» Lynx «to 80 percent in the coming four years ( at the current time, the figure is 10 percent).

Rogozin visited Italy October 12, 2012. In the process of its own mission, he visited several Italian companies. «The main purpose of my trip was to bring to the Italian side of our unwillingness to continue the cooperation with them in the old way, when we are in their IVECO Voronezh fasten the bumper and call it the armored vehicle ‘Lynx‘»- Rogozin explained.

«At the moment we do not wish to take the candy wrapper, which can not be deployed, and technology and knowledge, to establish joint production territory of Russia», — said Deputy Prime Minister, noting that a good example of technology is taking over the assembly of Fiat cars under the brand name «Lada «in the USSR. Italians, Rogozin said, ready to deploy creation Iveco on the territory of Russia.

Iveco is interested in the development of a joint venture for the production of «Lynx», as RF company will get tax breaks, especially if the plant will be opened in Siberia or in the Far East. In addition, «they really entice prospects to enter the markets of third countries in conjunction with the machines produced in our area.» In addition, Iveco has agreed to modify the «Lynx» to the requirements of Russian military.

As a result, localization, «Lynx» will get a lot of parts made in Russia, including the engines. With all of this Russian party will get much of the technology used in the armored vehicle. Four years later, the Italian armored vehicle will remain on box «autonomous development of the wheel.» According to Rogozin, Iveco is ready to do a joint venture with the «KAMAZ» at the lowest order for 900 cars. The need of the Armed Forces RF in the «trot» is estimated at three thousand units.

In addition to the localization of production, «Lynx» Our homeland and wants to lead a number of joint development with Italy. Namely, it is planned to create a new helicopter with the company AgustaWestland. «To do this, Russian and Italian designers will design a car with capacity from 2-to 3 tons. Work will begin in late January — early February,» — told Rogozin.

0
Like this post? Please share to your friends:
Related articles
Interesting 0
Society Former candidate for participation in the presidential election Sergey Ryzhov said that he
Interesting 0
Everything you need to know to start cranking out cash with your PC BY
Interesting 0
«… Air Force Commander Alexander Novikov reported that the two are ready to
Interesting 0
Above the summit crater of the volcano in Alaska Cleveland workers, local observatory
Interesting 0
December 1. Annual capacity is about 180,000 cubic meters of finished products used, including
Interesting 0
Disclose Truth TV introduced a new TV show with the participation of experts: Tarpeya
Categories
SQL - 47 | 0,192 сек. | 10.86 МБ