Theodor Bergmann (Bergmann) in 1900, received a patent for the design of machine gun having Sliding engine automatics. It is believed that the creator of the system is Louis Schmeisser. The first batch of heavy machine guns Company «Theodore Bergman Abtaylung Vaffenbau AG» (city of Suhl) was released in 1902. Later in the system to adapt to different configurations, and after the army of the German took MG.08 gun MG.10 «Bergman» was presented as a «lightweight». This model has been tested and was bought by China under the designation Model 11. The First World War led to forward to the «light» model more attention. Soon Reichswehr provided modification MG.15, although it officially adopted or not adopted. 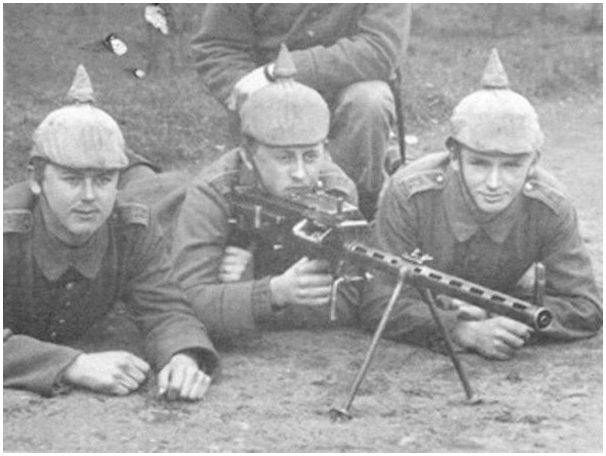 Machine gun «Bergman», like most of his contemporaries, was mounted on the tripod machine, had a water-cooling and the rear knob. The most promising features of the machine gun was quick-change barrel, as team leader tape, designed for 200 rounds, but in practice use standard canvas belt designed for 250 rounds.

After Louis Schmeisser left the company engaged in finalizing the gun his son Hugo. In 1916, there was LMG.15 — «light» machine gun with an air cooling. Firing was carried out in the first embodiment from the rear sear, but failed to achieve reliable operation. In this regard, he was soon released gun LMG.15nA (neue Art — «new type») in which the shot was carried out with a closed gate (from the front sear). LMG15nA (or MG.15nA) had a pistol knob on the back plate breast plate, and mount the cartridge box as in machine guns MG.08/15. It was suggested that the gun will go on air weapons, but in August 1916 was adopted as one infantry. In the German troops the first time he appeared on the Italian front. It was carried out on the machine gun, which was approaching the mobility of the light machine gun and not inferior to the intensity of fire easel. The machine gun is also placed on the bipod MG.08/15 and is rightly considered one of the first prototypes of a machine gun.

On the trunk there was a cross fins to the receiver was connected suharno oc-threaded, allowing it to produce substitute for half a minute. In automation scheme has been implemented recoil barrel during non-long course. The barrel is locked produced using a wedge, which slid vertically in the receiver and mated with the slots shutter its lugs. USM hammer type was wound in the trigger box, and included a helical mainspring with a pusher, tail pushrod acted behind the trigger of the pistol handle boxes, serving the cocking indicator. The hammer was closed thumb safety, on the right-hand trigger box.

While pressing the trigger shifted trigger bar that turns self-timer. With all this going down with the hammer cocked and thrashed in the gate on the drummer. The mobile system after the shot was relegated to the back 13 mm, bevel box liner was rising locking wedge, freeing shutter. With all of this wedge turning the accelerator lever, the transmission energy of motion of the gate from the trunk, with all this accelerated departure gate. 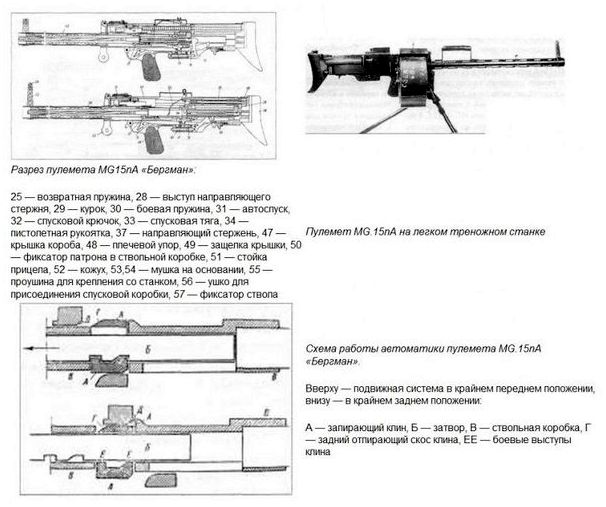 Compressible spring receiver and barrel in rearward position remained. Under the action of the spring gate revertible subsequent holder shall be sent to the chamber. When he reached the treasury of the muzzle assigned the latch bolt locking wedge. After which the entire mobile system moving forward. The locking wedge encountered the bevel box with its upper bevel, fell by concatenating the bolt and receiver box. If the trigger was pressed, the receiver moves the self-timer and push-ups carried out subsequent shot. Spent cartridges are ejected by ejector valve and reflector receiver.

The design of the feeder was to base the slide with a spring and guide rod, lever, and pull your fingers. When going back receiver box relegated thrust receiver that turned the lever taps in turn the slider to the right. Fingers slide jumped through cartridge located in the tape, and the slide was compressed spring. In the cover of the box extractor was driven back the bolt handle. The cartridge was removed from the tape remover, and lowered its feeder into the receiver. During the forward receiver box through the lever and pull shifted the slider to the left, which shifted the tape on the move. Feeder driven by the receiver and a spring pulling the slide to ensure a reliable tape. 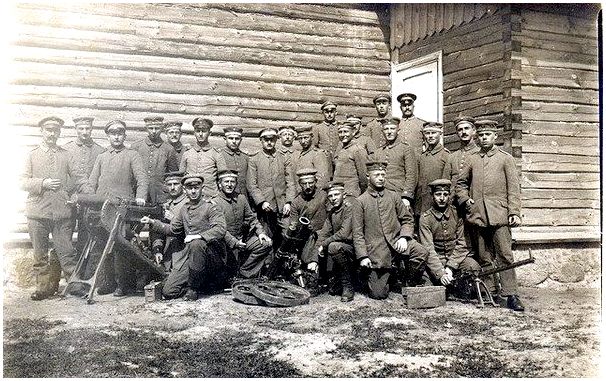 The rack had a sight notch to 2 thousand meters. On the shell hole was fixed carry handle. The design consisted of a 141 machine gun parts. On a light tripod machine gun was mounted to the eye located at the front of the box. But in the last year of World War II gun MG.15nA was used as a light machine gun on the bipod (which was especially comfortable for the assault teams), but their number was small, although MG1.5nA having tape on the 200 rounds could change MG.08/15. In the criteria of World War II failed to deploy create a machine gun in the respective scales — the volume of production was estimated at five thousand machine guns. Guns «Bergman» was in service until the German army re-occurred first 30s, they were used during the civilian war in Spain, and even during the 2nd World War.

To unload the machine gun MG.15nA «Bergman» was needed: Turning flag fuse forward to include it in such a Makarov. Turning off the lower fingers to pull out the tape feeding on the right. To remove the cartridge from the chamber take the handle to the full back. After removing the release handle. Push the trigger for turning off the circuit breaker before. 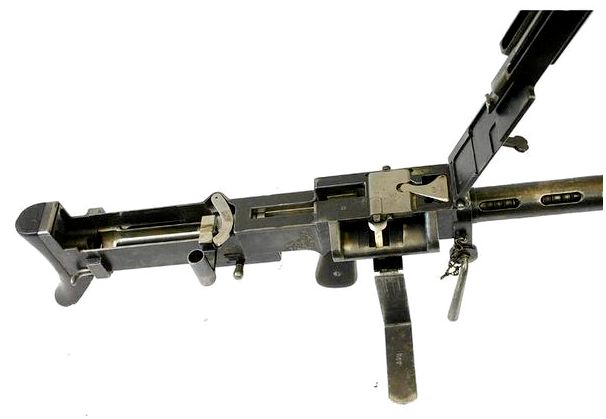 The order of partial disassembly of machine gun MG.15nA «Bergman»:

3. Pull back the closer butt plate and separate it.

5. Rotate 180 degrees accelerator and pull it out.

6. Pull the liner to the left, remove the receiver and barrel.

7. Separated from the receiver trunk.

To assemble the gun all the acts are performed in working order.

Capacity of the tape — 200 rounds of ammunition. 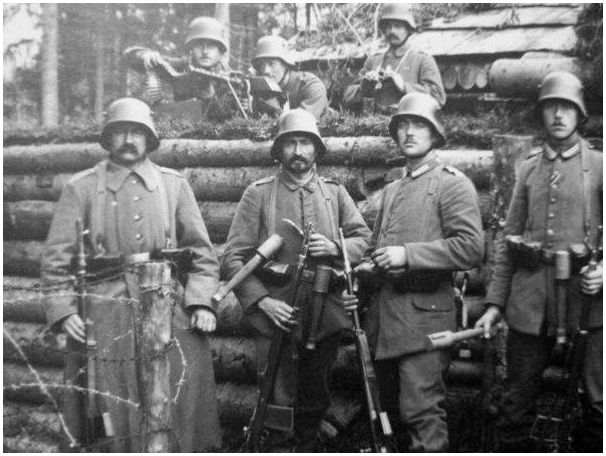 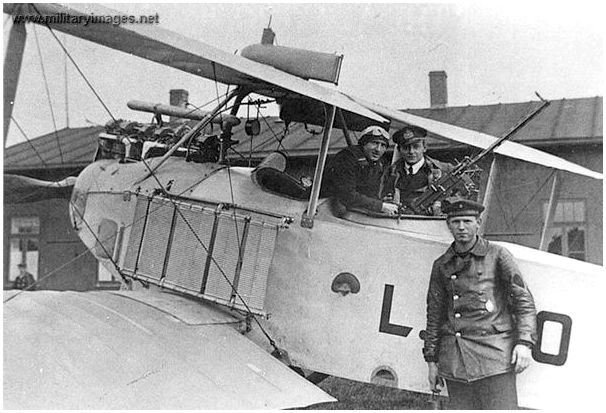 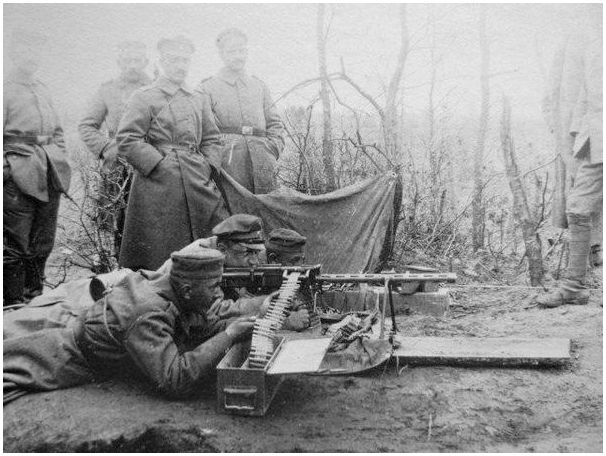 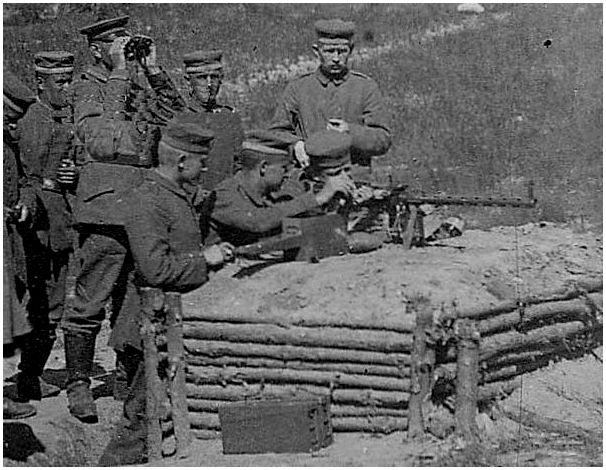 0
Like this post? Please share to your friends:
Related articles
Interesting 0
Society Former candidate for participation in the presidential election Sergey Ryzhov said that he
Interesting 0
Everything you need to know to start cranking out cash with your PC BY
Interesting 0
«… Air Force Commander Alexander Novikov reported that the two are ready to
Interesting 0
Above the summit crater of the volcano in Alaska Cleveland workers, local observatory
Interesting 0
December 1. Annual capacity is about 180,000 cubic meters of finished products used, including
Interesting 0
Disclose Truth TV introduced a new TV show with the participation of experts: Tarpeya
Categories
Центры и клиники стоматологии в Химках.
SQL - 49 | 0,212 сек. | 11.44 МБ