In 1909, the company «Hotchkiss» was introduced to the market two light machine guns weighing 7 and 10 pounds. They were made on the basis of machine-gun her own development. Guns department Artkoma SAU immediately decided to try a «heavy sample» having radiator and quick- trunk in. Although the tests conducted on the rifle-range, have been discontinued due to breakage of the receiver, Armament Research, «given the … distribution in the armies of other countries with a machine gun and rifle guns «(Japan, USA) has decided to continue the tests, and issued an order for 3 machine guns,» Hotchkiss «. In 1912, the company was presented «a model for the fleet,» instead of having a pistol butt handle, a special sight and swivel installation. July 23, 1914 the company posted 4 sets specifically in the Officers Infantry school. 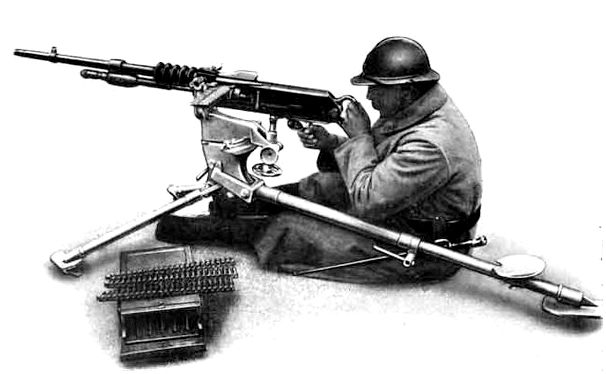 On the «Hotchkiss» recalled the beginning of the First World War. In France, he was accepted for service under the designation Mle 1909 in England under the designation Mk I «Hotchkiss’ .303, and in the United States -» Ben-Mercier ».30 M1909 (in the U.S. Army for 1916 year there were only 670 machine guns, «Hotchkiss»). In 1915, the British establishment have put guns in Enfield and Coventry (on orders from France, is about 700 units per month). These guns supplied folding bipod, a ring in the barrel with pins for easy tripod can be fixed back support. Manual gun «Hotchkiss» also supplied to Greece, Spain, Norway, Brazil.

Gun «Hotchkiss» preserved gas operated engine Automation (removal of powder gases was carried out through a transverse hole located below the barrel) and a longish stroke gas piston having an outlet. The regulator of the gas chamber was a screw out a piston located in front of the camera and functioned on the basis of the configuration. Recycled gases are discharged through holes in the gas cylinder. Revertible spring was placed in the path of the piston rod. Locking system was changed — to combat striker bolt and breech made Slight notch. Clutch breech bolt head and battle performed swivel coupling with the domestic sectors, it served as the axis of rotation trunk, and the piston rod turn created. This somewhat massive locking system provides excellent protection and hand in breaking through the chamber of the powder gases. At the muzzle of the barrel sleeve fastened with the tide for a front sight and bipod. Handle reloading was also the translator-guard. Turn the knob in the transverse plane defined mode — fuse (marked «S», was on the back wall of the receiver), a single fire («R»), a continuous fire («A»). The mobile system was automatic stroke length equal to 106 millimeters.

Meal produced from a rigid strip of 30 British, 24 French or patron. Tape promoted finger lever which is connected to the mobile system. Weight tape was still less than that of the store, but she worked the least tightly, and loading guns in particular hampered NIGHT MODE. At the tree were the butt of a pistol and a narrow ledge to reach the neck with his left hand, shoulder rest. In the butt department had to put grease fittings.

Our homeland has caught 540 rifles, machine guns, «Hotchkiss» in 1909, the overall supply of graduates in January 1917. In Russia to «Hotchkiss» exiled cloth tape, but the work of machine guns was so unreliable that they were altered by a rigid tape. The gun did not show any particular advantages apart from the comparative simplicity of the device. In the main, they are used in aviation. In June 1917, Britain accepted a modification Mkl * having a rigid or semi-rigid tape — the most successful modification of this manual, «Hotchkiss», in the main, used as tank gun. Later in this capacity he came to Russia together with British tanks.

«Hotchkiss» has not attracted any army as a light machine gun. His service was more or less prolonged only in the colonies — for example it was used by the Indian Army to the early 30’s. During the second World War in Britain of old, «Hotchkiss» had to arm local defense forces (at the time they are in accordance with the latest nomenclature, were designated MkI * and number 2 MkI). 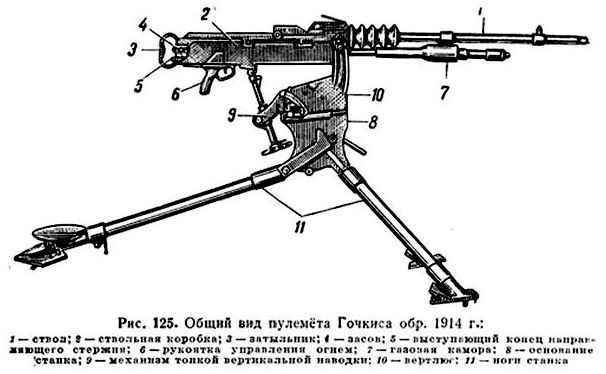 The order of unloading machine gun «Hotchkiss» Mle 1909 or Mk 1: Lay the flag of the arrester, pull to the left rigid tape. Unlock and pull the cocking handle back, look around the receiver box and the chamber (not to check whether it cartridge), Release the cocking handle and push the trigger. 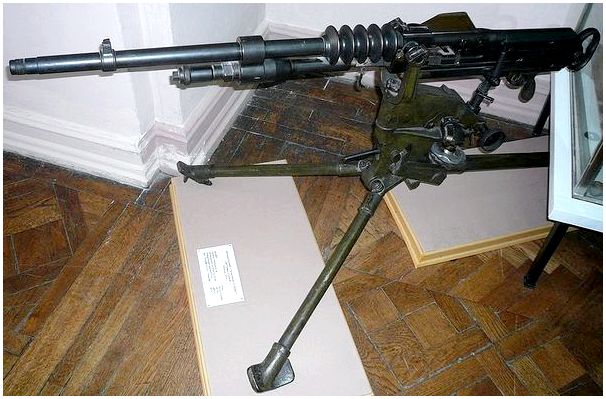 0
Like this post? Please share to your friends:
Related articles
Interesting 0
Society Former candidate for participation in the presidential election Sergey Ryzhov said that he
Interesting 0
Everything you need to know to start cranking out cash with your PC BY
Interesting 0
«… Air Force Commander Alexander Novikov reported that the two are ready to
Interesting 0
Above the summit crater of the volcano in Alaska Cleveland workers, local observatory
Interesting 0
December 1. Annual capacity is about 180,000 cubic meters of finished products used, including
Interesting 0
Disclose Truth TV introduced a new TV show with the participation of experts: Tarpeya
Categories
SQL - 59 | 0,456 сек. | 11.52 МБ