Representatives of the company Coca-Cola has recently confirmed reports that, together with the World Wildlife Fund, they will actively participate in the management of high-end marketing campaign whose goal is to save the Arctic. As part of this campaign, Coca-Cola will release more than 300 million packages of its products, which will be drawn white bear and her two cubs making their way across the icy expanses of the Arctic. 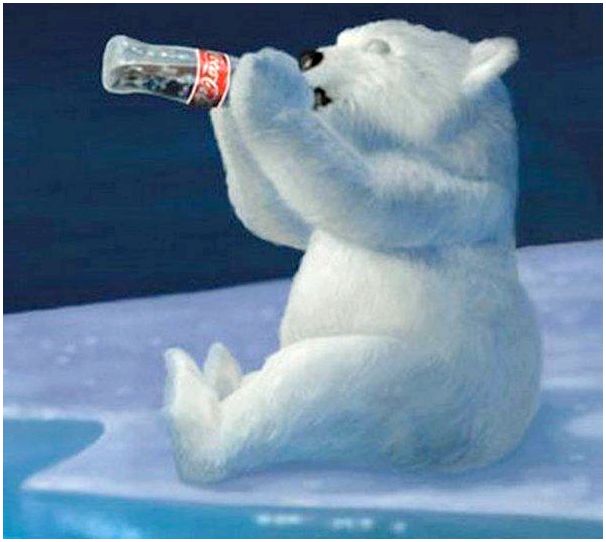 Coca-Cola is ready to spend a total of $ 4 million for an environmentally-oriented advertising and marketing program designed for European customers for a period of three years. With these actions, the WWF and the manufacturer of the world famous soft drink try to draw people’s attention to the need to stand up for the endangered Arctic animals and plants, as well as to restore the balance in the ecosystem of the Arctic. Choosing a partner Coca-Cola is quite obvious, as the symbol and the Arctic and the success of this brand has always been a polar bear, adorned the jars with brown soda over 90 years in a row.

Coca-Cola representatives are ready to join the happy home rescue these lovely animals, especially because maintaining the Arctic is essential for the planet as a whole. The company also hopes that the general public is willing to agree to help the natural habitat of polar bears and donate for this purpose any amount of money at its discretion. By participating in the Coca-Cola and WWF, people can learn more about the current state of the Arctic, global climate change and that’s what they produce, what is their threat to Earth.

0
Like this post? Please share to your friends:
Related articles
Interesting 0
Society Former candidate for participation in the presidential election Sergey Ryzhov said that he
Interesting 0
Everything you need to know to start cranking out cash with your PC BY
Interesting 0
«… Air Force Commander Alexander Novikov reported that the two are ready to
Interesting 0
Above the summit crater of the volcano in Alaska Cleveland workers, local observatory
Interesting 0
December 1. Annual capacity is about 180,000 cubic meters of finished products used, including
Interesting 0
Disclose Truth TV introduced a new TV show with the participation of experts: Tarpeya
Categories
SQL - 47 | 0,210 сек. | 10.86 МБ