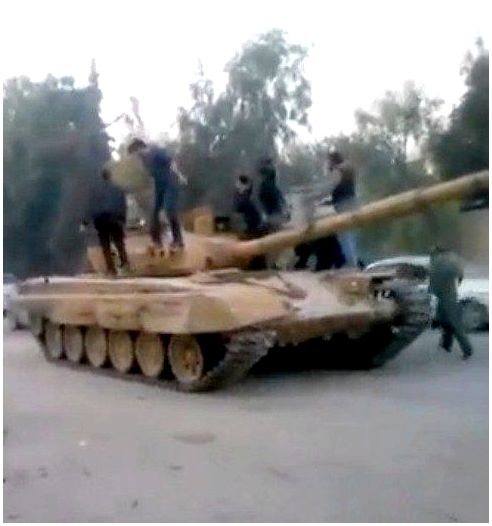 Over a long period of time to the present events in Syria, in 1998, it became clear to modernize T-72 Syrian army with the help of Italian professionals. The deal amounted to 200 million dollars.

At the moment we are looking demonization of the Syrian regime, and there were times when the West favored policy father of current President of Syria. And it was for that Damascus is not only opposed to Saddam Hussein, and after Iraq’s invasion of Kuwait sent to help the Yankees Armored Division and other units of its own army. For a long time the same France supplied the Syrians attack helicopters, antitank weapons and other weapons. And Italy, for example, took part in the modernization of tanks.

About how spices have been upgraded from the Apennines Syrian «semdesyatdvoyki» disk imaging was not clear. It has been reported that the tanks have new authorized Gunner, who were part of the fire control system TURMS-T. Monocular sight stabilized in the 2-planes, a laser rangefinder, thermal imager second generation. It is associated with a digital ballistic computer. Information for shooting is displayed on the screen, placed in the eyepiece. With this gunner’s sight can detect targets at a range of five thousand meters of days and 4 thousand meters in the night criteria. 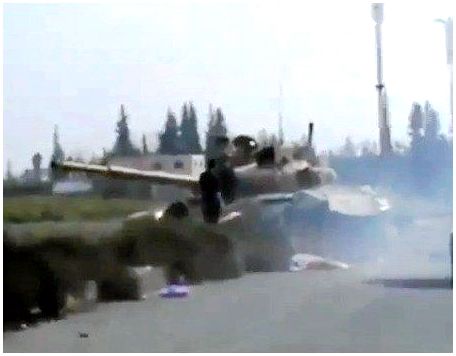 However, it was not clear was whether the tank commander panoramic sight or to confine it only duplicate images with the thermal imager Gunner. Reported that the Syrian upgraded T-72 were equipped ERA, also had the opportunity to fire Russian guided missiles «Reflex». In addition, they are equipped with modern high-speed fire system.

According to some reports, up to 2003 passed a revision of the tank 122, which entered service 105 of the elite Presidential Armored Brigade, stationed near Damascus. 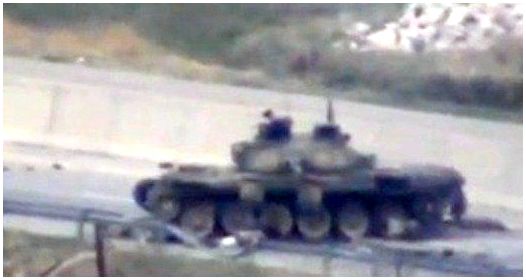 For a long time the Syrians tried to use against the rebels little old T-55, T-62, also of early modifications T-72. More modern machines were kept in reserve. And at the end of June this year in the districts of Damascus for the first time was seen by Italians modernized column T-72. As it turns out, the Syrians apparently overpaid its Western partners. «Overexposed» tanks were equipped only with new gunner’s sight. No recent dynamic protection, no commander panoramic sight — as the most likely, the tanks do not have the ability to fire guided missiles. It remains to hope that still installed brand new fire alarm system.

Despite the fact that these machines up to now try not to use in combat, the guardsmen had already lost several of these tanks. 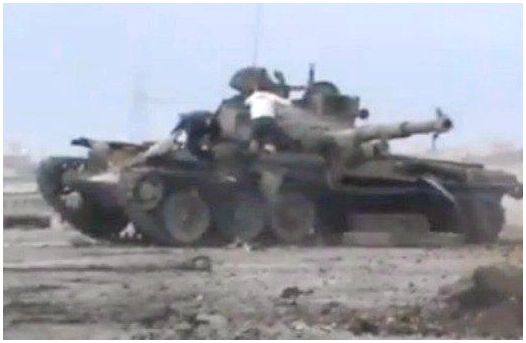 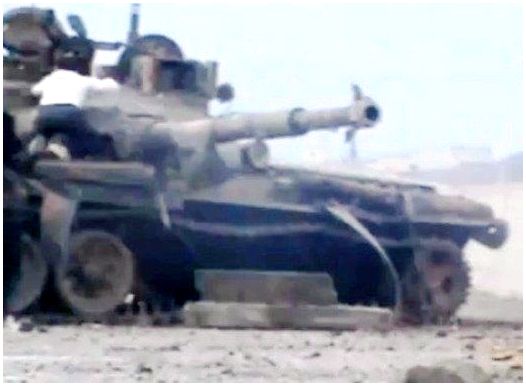 At the current time the brunt of doing battle against the rebels fell on upgraded by the «Russian» standard T-72M1 tanks, which were dynamic security protection, install, how to form AB. And then the Syrians have saved, because «Call 1» is not effective enough against modern anti-tank weapons, which are increasingly and more from the rebels. A common set and a cheap protivokumulyativnymi screens Syrians something in a hurry. Hence, the loss in the art.

Syrian experience — a good example for our military commanders who ordered this upgrade T-72, as a result of which the towers refreshed tanks appeared unprotected areas of a large area. We will impose that on the tanks, upgraded this year, these defects are eliminated, and that, in fact, a cheap savings can result in unnecessary losses.

0
Like this post? Please share to your friends:
Related articles
Interesting 0
Society Former candidate for participation in the presidential election Sergey Ryzhov said that he
Interesting 0
Everything you need to know to start cranking out cash with your PC BY
Interesting 0
«… Air Force Commander Alexander Novikov reported that the two are ready to
Interesting 0
Above the summit crater of the volcano in Alaska Cleveland workers, local observatory
Interesting 0
December 1. Annual capacity is about 180,000 cubic meters of finished products used, including
Interesting 0
Disclose Truth TV introduced a new TV show with the participation of experts: Tarpeya
Categories
Комплектующие для котлов запчасти для котлов.
SQL - 50 | 0,266 сек. | 11.36 МБ