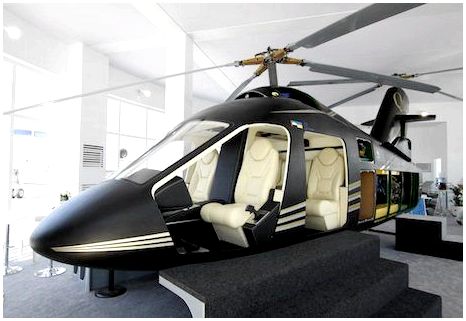 Helicopter «AVQ» is representative of a new family of Innovative rotary-wing aircraft. This unit created within the project «Project Q», which was the result of cooperation of designers Bureau «Aero Vortex» (Kharkov, Ukraine), under the baton of Vladimir Udovenko and «Quest Helicopters». At the air show was presented the model of a helicopter cockpit layout and the passenger cabin.

Mike Creed Commercial Director of «Project Q» willingly knows about Ukrainian-UAE «brainchild», which was delivered on the show «straight from the factory.» Model «AVQ» is a light twin helicopter having screws that turn in the opposite direction. The highest rate of «AVQ» can reach 295 km / h, range is 700 km, and the fuel is calculated in store 3.6 hours. Featured on the show experienced a standard «AVQ» is a four-seater model with a total capacity of 2250 kg (curb weight 1.3 tons). But M.Krid says that there is room for maneuver. If desired, may be made by 5 -, 10 -, 15-seat cabin — a system of «dual screw — double engine» can do it. 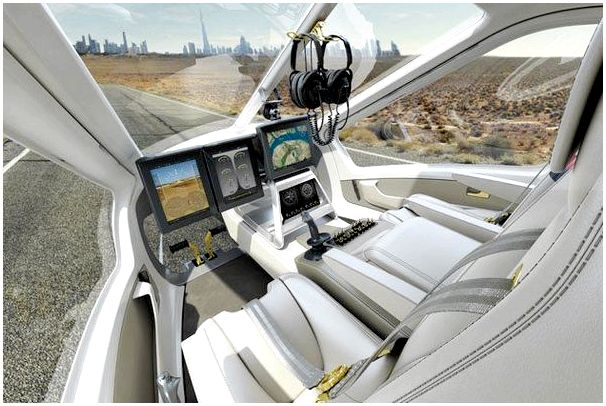 Safety of the airplane was the main point while working on «AVQ» said M.Krid. in this regard, the main innovation of the model has a unique detachable gyrostabilized cabin. When an alarm occurs, cabin with the pilots and passengers being in it becomes an ejection capsule that «shoots» forward, then smoothly descends by parachute. The second part of the helicopter touches down on a separate parachute. Model «AVQ» also will be the first civilian helicopter which will develop a quad-wire control system. Also, it will have modern electric aviation system and the telemetry link «board-to-Earth.»

Assembly and flight testing «AVQ» will be held in 2013 in Ukraine. Watch for them to be experts at Kharkov. In general, according to Mr. Creed for 75% of helicopter equipment will be Ukrainian. For example, engines Progress DB / Motor Sich Ukraine A1-450M will deliver the Ukrainian «Motor Sich». Certification of the future helicopter will be held on Emirati and Ukrainian standards, and standards of EASA.

0
Like this post? Please share to your friends:
Related articles
Interesting 0
Society Former candidate for participation in the presidential election Sergey Ryzhov said that he
Interesting 0
Everything you need to know to start cranking out cash with your PC BY
Interesting 0
«… Air Force Commander Alexander Novikov reported that the two are ready to
Interesting 0
Above the summit crater of the volcano in Alaska Cleveland workers, local observatory
Interesting 0
December 1. Annual capacity is about 180,000 cubic meters of finished products used, including
Interesting 0
Disclose Truth TV introduced a new TV show with the participation of experts: Tarpeya
Categories
Order Photography Service In Dubai
SQL - 47 | 0,361 сек. | 10.87 МБ