Russian tank school always differed that could see into the future. Specifically, the Soviet Union began to develop tanks, analogues of which appeared abroad only many years later. 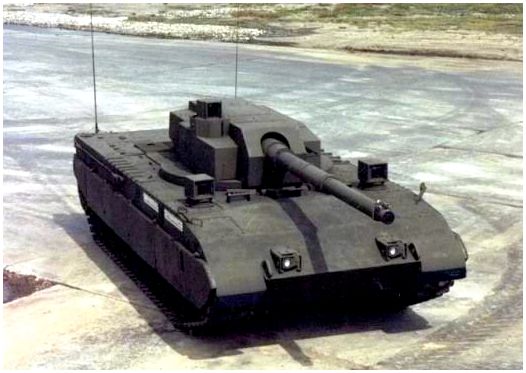 Back in 1941 Morozov offered the latest layout scheme of the tank with a front-engine-transmission compartment. After three and a little over 10 years ka similar assembly has been used on an Israeli tank «Merkava».

We are told that the Russian designers in the late 50’s began to work on an uninhabited tanks with a tower and a crew in a special isolated capsule. 36-ton tank was to be armed with a 115 mm gun and could operate in the criteria for the introduction of weapons of mass destruction. Unfortunately, the level of technological development of those years is not allowed to implement these developments in the metal.

The British only in the late 60’s began to explore the creation of prepyadstviya tanks with remotely operated weapon. On obsolete tank chassis since the second World War, they set SOMET layout tower with a 75-mm cannon. But the British, too, were not able to realize all the advantages of this assembly. All ports are insoluble prepyadstviya with automatic loader and the inability of creation in the years of effective surveillance and targeting.

In 70 years of working in this field last. We can recall the project of the T-74, still recognizable as Object 450. And the sad fate awaited him. He remained only in the form layout. 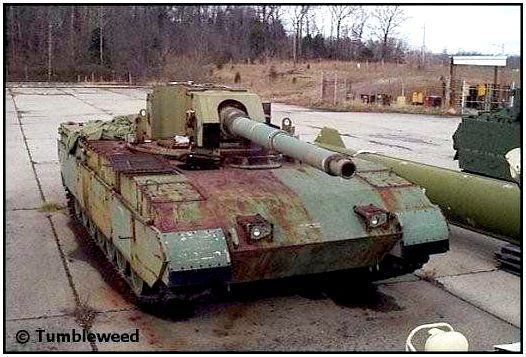 Americans on a project with an uninhabited tank turret seriously thinking only after two years, the 10-ka, after what was done in the Russian Union.

In 1980, the U.S. M1 chassis was built layout tank with an uninhabited tower, which was 120mm gun. The crew, as in the Russian project late 50s, was located in the front of the chassis. However, in our tank commander was sitting behind the gunner and driver, and in the South American TTV they were placed side by side. 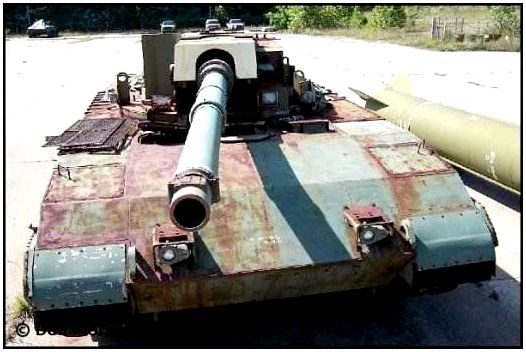 Interestingly, in a modernized «Abrams» automatic loading and reminiscent of Soviet development: the shells were placed vertically «upside down.»

Generally it should be noted that layout promising tank caused many questions, for example, the location of your panoramic sights, places, gunner and commander. They impede the radial rotation of the tower. In other words, the solution was impossible to apply in a real car. As a subsidiary of arms in the tank had only one 7.62. Torment with the implementation of this project, to the mid-80s Americans have grown cold to him, and in 1986 it was generally covered. 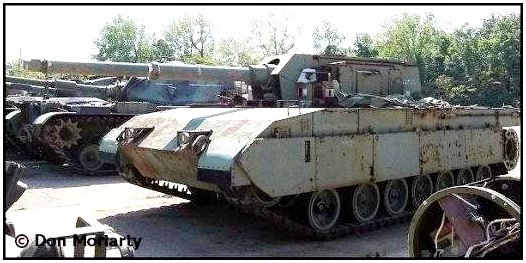 At this time in the Soviet Union at the Kharkov tank was also made several promising models of the latest generation of the tank, which was to become the main Russian tank 90s. But the destruction of the Russian Union is not allowed to become a reality in this outstanding designs.

0
Like this post? Please share to your friends:
Related articles
Interesting 0
Society Former candidate for participation in the presidential election Sergey Ryzhov said that he
Interesting 0
Everything you need to know to start cranking out cash with your PC BY
Interesting 0
«… Air Force Commander Alexander Novikov reported that the two are ready to
Interesting 0
Above the summit crater of the volcano in Alaska Cleveland workers, local observatory
Interesting 0
December 1. Annual capacity is about 180,000 cubic meters of finished products used, including
Interesting 0
Disclose Truth TV introduced a new TV show with the participation of experts: Tarpeya
Categories
Печи камины купить в спб отопительные печи камины для дачи и дома купить.
SQL - 49 | 0,263 сек. | 11.43 МБ