In Italy, before the First World War there was quite a successful test machine gun system developed by artillery technician Giuseppe Perino standard in 1908 — its system Perino did in 1900, and at the same time entered into an agreement with the plant Barbier. This automatic machine gun was implemented on the basis of the recoil of the barrel, there was a water-cooling, and the rate reached 300 rounds per minute. Meal produced from the bunker, which was laid 10 clips of 25 rounds any. Gun had a comparable design of the ordinary, was mounted on the tripod machine has reasonable structure. But in spite of that adopted this gun did not hit. In service with the Italian Army machine guns, «Vickers» and Maxim machine guns system. From their own designs — M 1914 «Fiat-Revelli» which was created on the basis of the most experienced gun Revelli 1907-1912 years under standard 6.5-millimeter cartridge M95 «Mannlicher-Carcano», which became the first large machine gun, made in Italy. 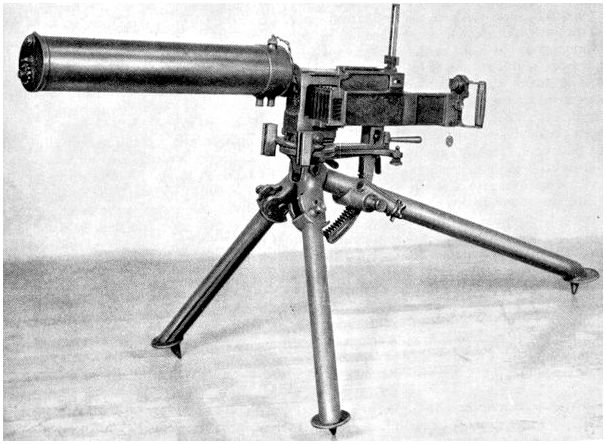 Automation has worked through the blowback recoil, although the barrel had little opportunity to move backward. Swinging gate propped larva, the axis of which was secured in a box. The closure under the impact shifted back, and turned the larva, which pressed on the back wall of windows receiver, shifting trunk back until you release the shutter. The transfer of power trunk, who had a fairly huge mass, and the receiver slowed unlocking. As in other systems have semifree shutter, then used the oil pump and the oil can for osalki rounds. At the rear of the box was a buffer gate. The rod buffer spoke from behind in front of knobs and was a source of constant irritation gunner, also led to clogging mechanism. Sand, and other small particles constantly glued to osalennomu patron, because the delay became inevitable. Bunker (shop) had 10 sections in 5 rounds. After one section was performed 5 shots of the latch lever feed, which shifted the store is one step to the right — the Italians addicted to the use of ordinary systems of shops remained long enough. Sight — frame. The system cools the barrel apart casing volume of 5 liters. included the tank capacitor, two outlet hose and hand pump, which was carried out by pumping water into the case. 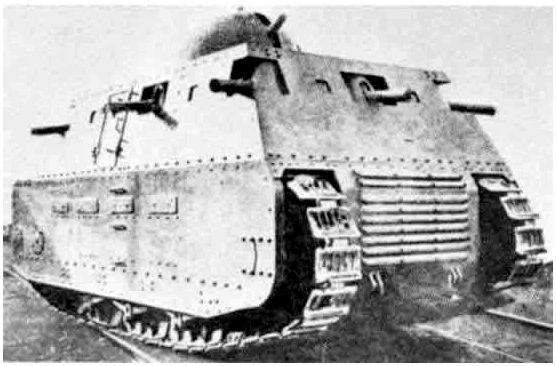 Gun mounted on a tripod machine which has two small front speakers and a longish back foot as sectoral mechanism for vertical lay. In 1917, the gun was remade in hand, with all this water cooling was replaced by air, the machine — a plow, and the recoil pad — the butt. Machine gun with bipod weighed 9.9 kilograms.

Creating a machine gun ended immediately after the war, but after the adoption of several new models for service, the Italians in 1935, modernized some little old «Fiat-Revelli» for use during the second world war.

To unload the machine gun M 1914 «Fiat-Revelli» should be: Push the tab located under the suction box by unplugging the bunker with bullets. Lift the cover over the slot feed chuck grips the back box to pull back the cocking handle, look around the chamber to ensure that no patron. Release the cocking handle, pull down the fuse and push the trigger.

0
Like this post? Please share to your friends:
Related articles
Interesting 0
Society Former candidate for participation in the presidential election Sergey Ryzhov said that he
Interesting 0
Everything you need to know to start cranking out cash with your PC BY
Interesting 0
«… Air Force Commander Alexander Novikov reported that the two are ready to
Interesting 0
Above the summit crater of the volcano in Alaska Cleveland workers, local observatory
Interesting 0
December 1. Annual capacity is about 180,000 cubic meters of finished products used, including
Interesting 0
Disclose Truth TV introduced a new TV show with the participation of experts: Tarpeya
Categories
SQL - 49 | 0,160 сек. | 11.43 МБ