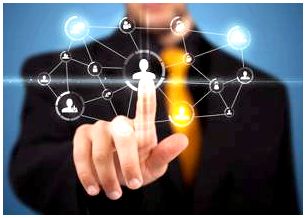 MOSCOW, November 26. (ARMS-TASS). Russian scientists show the highest enthusiasm for the role in the 1st All-Russia competition of research works for the Armed Forces, which has been declared the Defense Ministry first of October. On consideration of the Commission has presented more than 200 unique projects.

As said korr.ARMS-TASS Head of Research Center «Bureau of defense decisions» (SIC «BOR») Defense Ministry Anton Tyurin, many of the proposed development are of great enthusiasm for the armed forces. According to him, in fact, scientists from all regions of the Russian Federation often harsh intrigued in collaboration with the Ministry of Defense and offer truly unique designs.

So, namely the Institute for Software Systems. A.K.Aylamazyana (ISA RAS), JSC «RSK Skiff» and JSC «RosInternet Technologies» presented to the jury project «scenarios and methods of use of machine vision systems for the Armed Forces.» In a list of possible scenarios comes motivated search objects and regions aerospace photographs; precision guidance, tracking and predicting the behavior of goals; navigation of aircraft, other system GPS / GLONASS.

Institute of Mechanical Engineering, in turn, presented the project «Development of technology for nanostructured shape memory alloy.» The uniqueness of these materials is that they tend to recover its original shape, defined in the manufacture of: after the plastic deformation during heating or during the load lowering.

Scientists from St. Petersburg State Research Institute of Information Technologies, Mechanics and Optics (ITMO) submitted to the Ministry of Defense of the competition committee immediately 6 projects. Greater enthusiasm caused by the project «Solar cells based on metamaterials.» In an ordinary solar panel portion of the light is reflected and goes into place. Materials used in the newest development, allow lower index of refraction and reflection of rays, such makarom dramatically increasing efficiency.

Views on work-rector for innovatorskoy ITMO Nikolai Toivonen, organized by the Ministry of Defence first All-Russian competition of scientific research has significantly raised the enthusiasm of youth, various research groups to the development of the Armed Forces. This contributed to almost all scientists and meeting with representatives ITMO SIC «BOR», held in November 2012.

As previously reported ARMS-TASS Agency, the Defense Ministry early October announced the beginning of the 1st All-Russia competition of research works for the Armed Forces. The main purpose — to attract the country’s elite mental regardless of age to the development of advanced technologies aimed at strengthening the country’s defense.

Bidders may be as students, graduates and post-graduates of universities and scientific, innovatorskie or production teams capable of solving large-scale scientific and technical tasks.

The creators of the projects concerned ministries of defense, will be able to bring their ideas to life in monetary support the military. Also the winners and winners may be invited to take part in projects as part of research groups or even to lead this work. In addition, regardless of the occupied space, contestants may be made offers of employment to specialized units Defense Ministry.

0
Like this post? Please share to your friends:
Related articles
Interesting 0
Society Former candidate for participation in the presidential election Sergey Ryzhov said that he
Interesting 0
Everything you need to know to start cranking out cash with your PC BY
Interesting 0
«… Air Force Commander Alexander Novikov reported that the two are ready to
Interesting 0
Above the summit crater of the volcano in Alaska Cleveland workers, local observatory
Interesting 0
December 1. Annual capacity is about 180,000 cubic meters of finished products used, including
Interesting 0
Disclose Truth TV introduced a new TV show with the participation of experts: Tarpeya
Categories
SQL - 47 | 0,295 сек. | 10.87 МБ