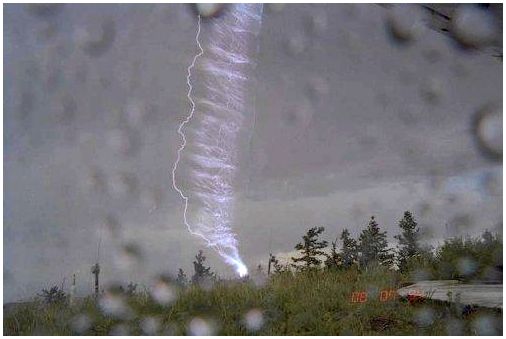 The fear of man often comes from ignorance. Few fears of ordinary lightning — electrical discharge spark — and everyone knows how to behave during a thunderstorm. But what is a fireball, whether it is dangerous, and what to do if you are faced with this phenomenon?

What are the fireballs?

Learn fireball very easy, despite the diversity of species. Usually it is, as you can guess, the shape of a ball, glowing, like a light bulb for 60-100 watts. It is much less common lightning like a pear, mushroom or a drop, or such exotic forms as a pancake, bagel or lens. But the variety of colors is striking: from clear to black, but in the lead all the shades of yellow, orange and red. The colors can be mixed, and sometimes fireballs change it, like a chameleon. 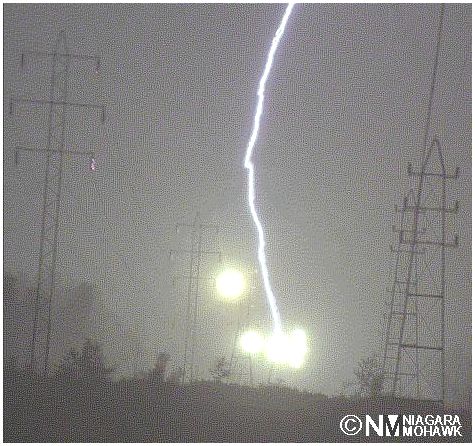 To speak of a constant amount of plasma ball, too, no, it varies from a few centimeters to several meters. But usually people face-ball diameter of 10-20 centimeters.

The worst thing in the description of lightning is the case with their temperature and mass. According to scientists, the temperature can range from 100 to 1000 oC. But the people who encounter a fire-ball at arm’s length, rarely mentioned at least some warmth that emanated from them, even though, logically, they should be burned. Such is the mystery and the masses, what the lightning was not size, it weighs a mere 7.5 grams.

If you’ve ever seen from a distance an object similar to that described MirSovetov, congratulations — it probably was a fireball.

Behavior of ball lightning is unpredictable. They relate to the phenomena that appear when they want, where they want and do as they want. So, once thought that fireballs are produced only during storms and are always accompanied by the linear (normal) lightning. However, it gradually became clear that they could appear in a sunny clear day. Believed that lightning like «attracted» to a place of high voltage to the magnetic field — the electric wires. But there have been documented cases of the time who are actually in the middle of the field of pure … 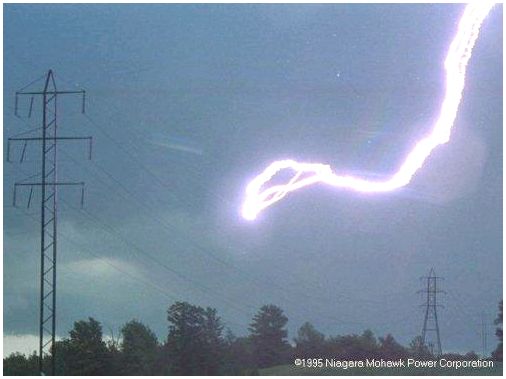 Fireballs mysteriously tricked out of electrical outlets in the house and «leak» through the smallest cracks in the walls and windows, turning into «sausage» and then taking his usual form. It does not leave any traces of melted … They then quietly hangs in place a short distance from land, then rushing off somewhere at a speed of 8.10 meters per second. Ran into a human or animal, lightning can keep away from them and behave peacefully, are curious circling nearby, and can attack and burn or kill, then, or melt, as if nothing had happened, or explode with a terrible crash. However, despite the frequent stories of injured or killed by ball lightning, and their number is relatively small — only 9 percent. Most often, lightning, circled through the terrain, disappears without causing any harm. If she came in the house, it’s usually back to «leak» out there and just melts.

Also recorded many unexplained cases where fireballs «attached» to any particular place or person, and appear regularly. In this case, in relation to a person, they are divided into two types — those who attack him in his every appearance and those that do not harm or attack people in the vicinity. There is another mystery: a fireball, killing a man, completely free of any marks on the body, and the body of a long time stiffens and does not decompose …

Some scientists say that lightning just «stops the clock» in the body.

Fireballs from a scientific point of view

Thunderball — a phenomenon unique and original. The history of mankind has accumulated more than 10,000 certificates of meetings with «smart ball». However, until now, scientists can not boast of great achievements in the field of study of these objects. There are a lot of disparate theories about the origin and the «life» ball lightning. From time to time in the laboratory is impossible to create objects by type and properties similar to ball lightning — plasmoids. However, a coherent picture and logical explanation for this phenomenon no one to give and could not.

The most well-known and developed before the other is the theory of Academician Kapitsa, which explains the appearance of ball lightning and some features of the emergence of short-wave electromagnetic oscillations in the space between the storm clouds and the earth’s surface. However Kapitza and failed to explain the nature of the very short-wave oscillations. In addition, as noted above, that ball lightning is not necessarily accompanied by an ordinary lightning and can appear in clear weather. However, most other theories based on the findings of Academician Kapitsa.

Than the theory of the Kapitza hypothesis was established by BM Smirnov, stating that the core of ball lightning — is a cellular structure with a solid frame with a low weight, the frame is made of plasma filaments. 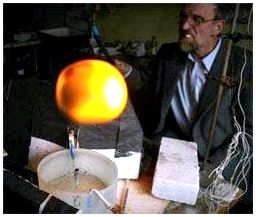 D. Turner explains the nature of ball lightning thermochemical effects occurring in a saturated water vapor in the presence of a sufficiently strong electric field.

However, the most interesting is the theory of New Zealand chemists D. Abrahamson and David Dinnisa. They found that when lightning strikes the soil containing silicates and organic carbon, formed a tangle of fibers of silicon and silicon carbide. These fibers gradually oxidize and begin to glow. This is how the «fire» ball, heated to 1200-1400 ° C, which is slowly disappearing. But if the temperature of lightning exceeds the limit, then it explodes. However, and this does not support the theory of a slender all instances of lightning.

For mainstream science fireball still remains a mystery. Maybe that’s why there are so many around the pseudo-scientific theories, and many more inventions.

We will not be here to tell the story of a demon with glowing eyes, leaving behind the smell of sulfur, and the Hell Dogs «fire bird», as it is sometimes represented by fireballs. But strange behavior has led many researchers to this phenomenon suggests that lightning «think.» At least, fireballs are considered tools to studying our world. As a maximum — energy beings who also collect some information about our planet and its inhabitants. 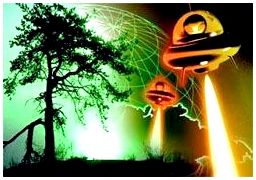 An indirect confirmation of these theories may serve, and the fact that any collection of information — is the work with energy.

And the unusual property of lightning disappear in one place and reappear in another instantly. There are suggestions that the same fireball «dive» into a specific part of the space — a different dimension, living under different physical laws — and throwing the information is repeated in our world in a new point. And the action of lightning regarding living creatures on our planet also make sense — they do not touch one, the other «touch» and just pull some pieces of flesh, like a genetic analysis!

Easy to explain, and the frequent occurrence of ball lightning during thunderstorms. During a burst of energy — electrical discharges — open portals from a parallel dimension, and in our world fall to gather information about our world …

What to do when meeting a fireball?

The main rule when a fireball — whether in the house or on the street — do not panic and do not make any sudden movements. Will not run! Zippers are very susceptible to swirl the air that we create when running and other movements, and are pulling her with him. Break away from the fireball can be only on the machine, but not on their own.

Try to gently turn from the path of lightning and stay away from her, but do not turn your back on her. If you are staying in the apartment — go to the window and open the window. Most probably lightning will fly out.

And, of course — nothing ever throw a fireball! It can not just disappear, and explode as a mine, and then the serious consequences (burns, trauma, sometimes loss of consciousness and cardiac arrest) inevitable.

If the fireball touched someone and the man lost consciousness, then it should be moved to a well-ventilated room, heat wrap, apply artificial respiration and must call an ambulance.

In general, the technical protection of ball lightning as such is not designed. The only existing now «sharomolnieotvod» developed a leading engineer of the Moscow Institute of Heat Engineering B. Ignatov. Sharomolnieotvod Ignatova patented, but created such devices — one, no question of the active introduction of it into practice is not going.

So — take care of yourself, and if you find a fireball, do not forget about the recommendations.

0
Like this post? Please share to your friends:
Related articles
Interesting 0
Society Former candidate for participation in the presidential election Sergey Ryzhov said that he
Interesting 0
Everything you need to know to start cranking out cash with your PC BY
Interesting 0
«… Air Force Commander Alexander Novikov reported that the two are ready to
Interesting 0
Above the summit crater of the volcano in Alaska Cleveland workers, local observatory
Interesting 0
December 1. Annual capacity is about 180,000 cubic meters of finished products used, including
Interesting 0
Disclose Truth TV introduced a new TV show with the participation of experts: Tarpeya
Categories
SQL - 47 | 0,539 сек. | 10.86 МБ