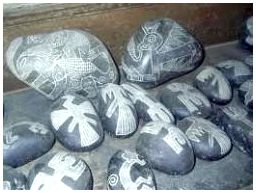 The first mention of the unusual stones can be found in the records of the colonial chronicler Juan de Santa Cruz Pachacuti, which date back to the conquest of Peru by Spain. It was then, at 40 kilometers from the

Ica, near the village of Okukahe were found black stones on the surface were look fantastic subjects: people hunt dinosaurs, flying riding a huge bird-like pterodactyls, with special instruments to observe the stars, make complex surgical 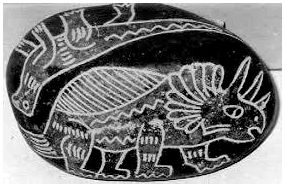 On the black stones of Ica heard many. Iku town, located on the Pacific coast, 300 kilometers from Lima. There is a museum, where the stones are found and stored.

The images on the stones are divided into six types. At the very huge boulders engraved maps, on which to judge looked like planet in ancient times. Outlines some of the continent we know well. But there are quite unknown. Perhaps they are there when you, and then, like the legendary Atlantis, disappeared under the water? On one of the stones shows North and South America, but there is clearly visible Strait, which today no longer exists. But part of Eurasia and Africa are together. Many familiar continents look very «faded», lifeless — a feeling that the whole earth, a period of great drought.

There are stones, which can be seen hunting ancient people. The plot seems to be quite common. Only now, our ancestors hunted … the dinosaurs at the time of the appearance of man, as we know, has long been extinct. Huge dinosaurs come to grips with the hunters, but there are some pictures where dinosaurs quite peaceful and act like any other pets — they plow the land. Some even milked. And on some — fly!

Numerous exhibits of the museum are not only on the shelves, and on the floor. Burial, where the stones were removed, quite old, they were covered with a thick layer of earth. Furthermore, obtained stones for years lain in the soil and overgrown coquina. Stones are all sorts — from small, the size of a fist, to huge, five feet in diameter and weighing up to 500 kilograms. Average size — with a watermelon. And at all unusual patterns were examined. Some scenes were reproduced by engraving, and some — in the technique of low relief. A tool with which to make drawings, is not known. This is either a very strong drill or … laser!

Neat pictures, a lot of small details. Technology so thin and smooth drawing on a solid material, such as stones, there is no so far. Figures differ from each other in the nature of performance, so, most likely, they belong to different owners. All stones — of volcanic granite, smooth, almost round or oval. Their surface is smooth, as if polished. Perhaps the ideal form of the stone for thousands of years worked ocean waves.

It is interesting that in all the rocks first — the only two types of people with their heads uncovered and big hats, maybe a feather. People in the piece — it is, apparently, or elite, or those who have serious knowledge. All surgeons on the stones of the head covered. Bareheaded as Indians — perhaps farmers.

Burial, in which stones were much younger than themselves findings — they are not more than two thousand years. Age of the rocks is about 98,000 years old! Historians believe that the ancient people who lived in Peru, valued black stones along with gold ornaments. 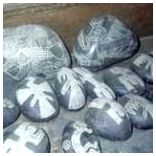 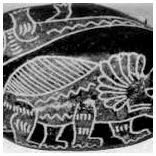 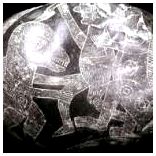 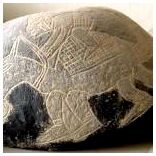 0
Like this post? Please share to your friends:
Related articles
Interesting 0
Society Former candidate for participation in the presidential election Sergey Ryzhov said that he
Interesting 0
Everything you need to know to start cranking out cash with your PC BY
Interesting 0
«… Air Force Commander Alexander Novikov reported that the two are ready to
Interesting 0
Above the summit crater of the volcano in Alaska Cleveland workers, local observatory
Interesting 0
December 1. Annual capacity is about 180,000 cubic meters of finished products used, including
Interesting 0
Disclose Truth TV introduced a new TV show with the participation of experts: Tarpeya
Categories
Деньги в долг деньги в долг Гомель.
SQL - 50 | 0,291 сек. | 11.31 МБ