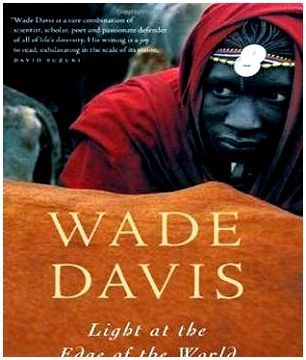 Every day, these people are resisting the pressure of civilization, doing everything to preserve the identity of their own culture, ancient traditions and way of life, which evolved over the centuries. The series «The light at the edge of the Earth» tells about the civilizations that the criteria of the global head of globalization have not lost — their own color and love for life. We will get acquainted with the tribes of the Andes, Polynesia, the Nepalese Buddhists and Canadian Inuit.

Premiere Channel National Geographic «Light at the edge of the Earth» to your attention Wade Davis — renowned creator and researcher, which took an unusual journey through the Nepalese Himalayas and Arctic Canada, explored the art of navigation by the stars and the waves of Polynesians, visited the sacred Peruvian mountain, where is one of the biggest festivals of the year.

1 series: In the heart of Amazonia.

Episode 3: The people of Mongolia.

8 series: Keepers of the Dream.

Travel
0
Like this post? Please share to your friends:
Related articles
Interesting 0
Society Former candidate for participation in the presidential election Sergey Ryzhov said that he
Interesting 0
Everything you need to know to start cranking out cash with your PC BY
Interesting 0
«… Air Force Commander Alexander Novikov reported that the two are ready to
Interesting 0
Above the summit crater of the volcano in Alaska Cleveland workers, local observatory
Interesting 0
December 1. Annual capacity is about 180,000 cubic meters of finished products used, including
Interesting 0
Disclose Truth TV introduced a new TV show with the participation of experts: Tarpeya
Categories
SQL - 56 | 0,344 сек. | 11.48 МБ