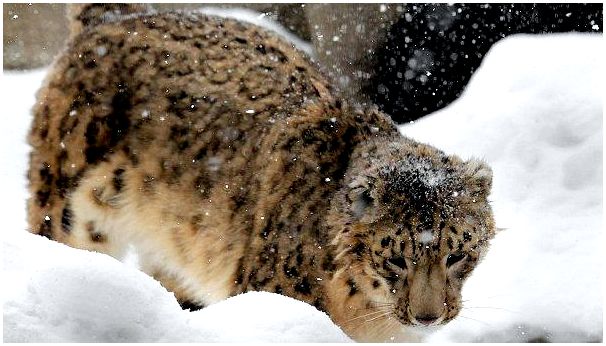 «Kyrgyzstan and its nature can not be imagined without a snow leopard. His protection and preservation of the republic is one of the most important environmental projects. Our part, we will take all necessary measures for the organization and worthy of the Forum and the adopted strategies to protect the snow leopard» — Atambayev said, noting that, according to scientists in the Kyrgyz Republic is not more than 350 individuals of this unique animal.

International seminar attended by representatives of governments of 12 countries — the habitat of snow leopards was held in Bishkek on December 1-3. The meeting was also attended by international environmental organizations. Developed during the meeting documents will form the basis of the Global Strategy for the snow leopard to be adopted at the World Forum on the conservation of rare animals, which will be held in 2013 in Bishkek.

In turn, head of the department of agriculture and ecology of the government of Kyrgyzstan Samir Osmonaliyev said that the World Forum on Snow Leopard may be held in the framework of the SCO summit, which is scheduled for the second half of next year.

«Given that ten of the 12 snow leopard range countries are members or observers of the SCO, it was proposed to hold the World Forum on Snow Leopard on Earth» on the margins «of the SCO summit in Bishkek, which is scheduled for autumn 2013. This will bring the solution to the problems snow leopard and its associated problems of conservation and sustainable development of mountain areas to the highest political level. expected that the Prime Minister of Kyrgyzstan to discuss the matter with his colleagues at a meeting of the heads of governments of the organization on December 5 in Bishkek, «- said Osmonaliev.

Snow leopard or snow leopard is a rare, small species, listed in the International Red Book. To date, the number of individuals in the wild range from 3 to 6.5 thousand. Dwells in Afghanistan, Bhutan, India, Kazakhstan, China, Kyrgyzstan, Mongolia, Nepal, Pakistan, Russia, Tajikistan and Uzbekistan.

0
Like this post? Please share to your friends:
Related articles
Interesting 0
Society Former candidate for participation in the presidential election Sergey Ryzhov said that he
Interesting 0
Everything you need to know to start cranking out cash with your PC BY
Interesting 0
«… Air Force Commander Alexander Novikov reported that the two are ready to
Interesting 0
Above the summit crater of the volcano in Alaska Cleveland workers, local observatory
Interesting 0
December 1. Annual capacity is about 180,000 cubic meters of finished products used, including
Interesting 0
Disclose Truth TV introduced a new TV show with the participation of experts: Tarpeya
Categories
SQL - 50 | 0,281 сек. | 11.3 МБ