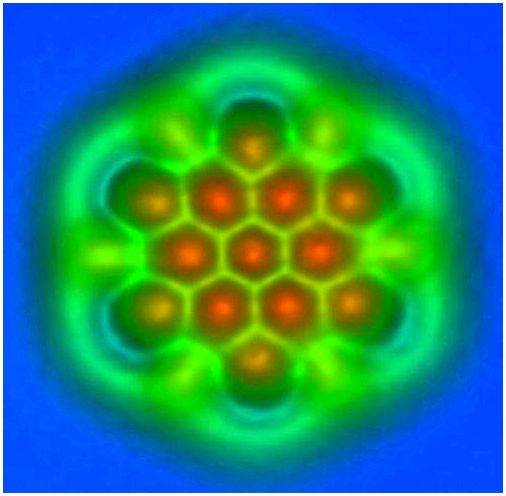 In recent years, the advent of precise scientific instruments, scientists are provided the opportunity to review the structure of matter into smaller and smaller level. For example, scientists have been able to see the individual molecules and even the trajectory of the electrons. Recently, scientists at IBM Research have published new images of molecules of the substance, details of which can be seen not only intramolecular interatomic bonds, but also to define «by eye» differences.

This image shows nanografena molecule consisting of several carbon atoms. In the picture you can see the lines between neighboring atoms, and these lines are directly inter-atomic bonds. And if you look carefully, you will notice that some of the interatomic bonds are shorter than the others.

Shorter interatomic bonds are stronger and for the first time in history, we can visually distinguish different interatomic bonds. These differences, to put them in absolute terms, have a size of three picometres, one hundredth of the diameter of an atom. In the second image of the molecule nanografena some other form of these differences can be seen more clearly. 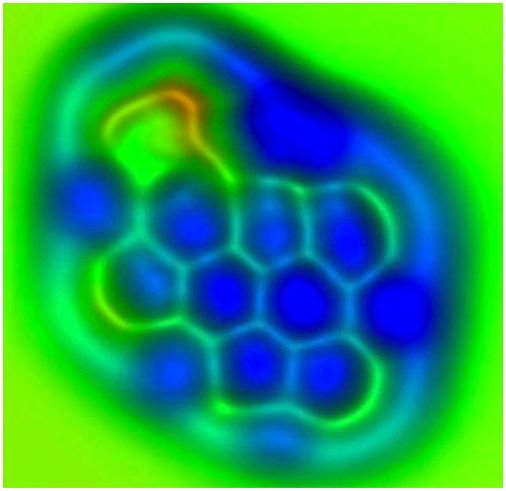 Tool with which scientists have been able to obtain such detailed images, called a scanning atomic force microscope (atomic force microscope, AFM). This microscope uses a single molecule of carbon monoxide (CO) to keep track of tiny details and elements of other molecules. Moving the CO molecule on the studied molecule and measuring its deflection from the axis of the microscope AFM slowly creates images, something resembling a topographical map. The following video specialists IBM demonstrate how it works.

Incredibly enough to observe that some of the materials that we have studied in the school curriculum in physics and chemistry, are real, they exist and work in real molecules. Remember those pictures of atomic bonds that teachers were drawing on the blackboard, at the time they were just our hypothetical representation of the real world. Now these hypothetical ideas gradually become proven facts.

0
Like this post? Please share to your friends:
Related articles
Interesting 0
Society Former candidate for participation in the presidential election Sergey Ryzhov said that he
Interesting 0
Everything you need to know to start cranking out cash with your PC BY
Interesting 0
«… Air Force Commander Alexander Novikov reported that the two are ready to
Interesting 0
Above the summit crater of the volcano in Alaska Cleveland workers, local observatory
Interesting 0
December 1. Annual capacity is about 180,000 cubic meters of finished products used, including
Interesting 0
Disclose Truth TV introduced a new TV show with the participation of experts: Tarpeya
Categories
SQL - 47 | 0,344 сек. | 10.85 МБ