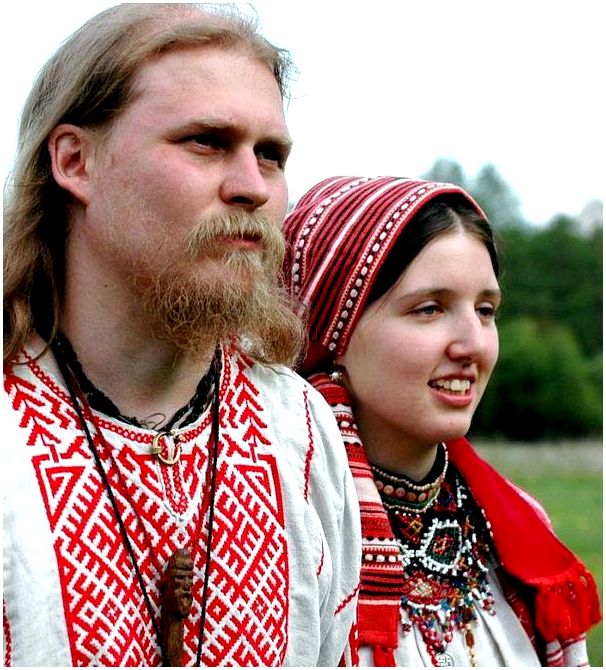 According to the ancient Vedic knowledge love between a man and a woman develops and runs seven stages, there are no precise boundaries. They can flow smoothly into one another, or, like an explosion, occur simultaneously.

I. Stage of contemplation.

Attracted the attention of one other person of the opposite sex. One whose attention is drawn, highlights another person from others, examining, feels sympathy and unwittingly creates situations that allow more to see, because the meeting is a joy.

One of the lovers (sometimes both) «throws» his sympathy for the other: actively engaging his attention in different ways, wanting to please, to make a favorable impression interested.

III. Stage opening of the heart.

This period Vedic sages called «honeymoon» because «the heart of both open and exude love streams of love and affection.» One of the happiest periods in early stage lyubvnyh relationships — lovers forget about everything and they feel that they have found the half.

According to the Vedas, at this stage, do not just have sex, «as long as the passion will not be a servant of love» as «passion can quickly capture the heart, killing still a tiny flower of love» and come to the fore, destroying love. The ancients believed that the stage of opening the heart can take from several months to several years.

The most difficult and challenging period. Need to find common ground on all levels — spiritual, intellectual, social, domestic, emotional and physical, that requires patience and careful attention to each other.

During this period, the «heart of two lovers can be periodically closed» due to the idealization of another, or the fear of the excessive passion, so it is possible internal or external gap. But this stage of love is also finite.

Woman’s «open» and more and more filled with warmth. Now the couple are ready to create a complete family, that is to «take back the souls who will be their children.» They «create a garden of love and tenderly care for each flower,» do not put pressure on their children and do not try to alter it.

With the onset of the stage works of the «heart of love will never be closed.»

Beloved tested his love. For each pair they own, as a measure of self-sacrifice. The vital task in the final stage is the destruction that was artificially created in the relationship between people, that there is only love.

Hearts of two people, as it were fused together, and between them is different, they are in the same energy-matrix, the couple «have one heart for two.» Loving feel each other at a distance. «The flow of love, like an inexhaustible waterfall erupts around them, harmonizing space and time. Even severe pain can not break the bliss of love. Souls who have reached this stage, do not leave even after death. «

Those who were able to go through all seven stages of love, and attain spiritual perfection, enlightenment, returning to God.

0
Like this post? Please share to your friends:
Related articles
Interesting 0
Society Former candidate for participation in the presidential election Sergey Ryzhov said that he
Interesting 0
Everything you need to know to start cranking out cash with your PC BY
Interesting 0
«… Air Force Commander Alexander Novikov reported that the two are ready to
Interesting 0
Above the summit crater of the volcano in Alaska Cleveland workers, local observatory
Interesting 0
December 1. Annual capacity is about 180,000 cubic meters of finished products used, including
Interesting 0
Disclose Truth TV introduced a new TV show with the participation of experts: Tarpeya
Categories
Amoxicillin for dogs buy amoxicillin antibioticsrx.net.
SQL - 56 | 0,171 сек. | 11.49 МБ