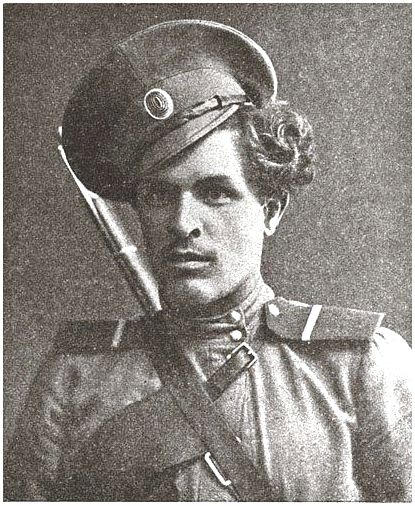 Mikhail Sholokhov as claimed — the creator of the epic novel «And Quiet Flows the Don», his beloved character in the book was Gregory Melekhov. The image of the hero, his fate and even the appearance have been charged with a real person — Charalambos Vasilyevich Ermakova.

With the layout of the head of the hero’s own novel, Sholokhov was personally acquainted, they often met and discussed in 1926, when the writer was collecting material for his own work. The creator came to Veshenskaia, and they Ermakov long nights of talking, smoking and arguing. In one of the files stored letter in which the writer refers to a request Ermakova encounter. Sholokhov then very motivate actions in 1919 related to the fate of the Don Cossacks during Vyoshenskaya uprising.

Not accidentally created specifically addressed to Harlampo Ermakova. The fate of this famous man was complicated. He was born in a remote village of Antipova Veshenskaya, at the moment it’s Rostov region. He grew up in an ordinary Cossack family, he graduated from the local parish school. Childhood and youth did not differ Ermakova something special, as were most of his countrymen.

He began his military service Kharlampi in 1913, at the age of 22 years. Faithfully served the King and Fatherland. Later he was sent to the Russian-German front, where he showed himself a hero. There is historical information about the mastery of the sword Ermakova. The witnesses of the events referred to as Ermakova «brave swordsman.» His impact was enormous force, with chopped his sword he could with both hands. This advantage Kharlampi not once used in battle, going to the back of the enemy than to surprise to surprise. Perfect possession of this technique Misha Sholokhov’s novel «And Quiet Flows the Don» and gave Gregory Melekhova.

Young Cossack participated in the First World War. Valiantly fought the war, had a 10-ka injuries concussion. Proved to be only a decent hand, was four times awarded the St. George Medal «For Courage», received four crosses of St. George (the same awards and was in Gregory Melekhova in the «Quiet Flows the Don»). In the end, won the illustrious title of cornet, equivalent to the rank of officer. In autumn 1916 Kharlampi Ermakov was seriously wounded and discharged. 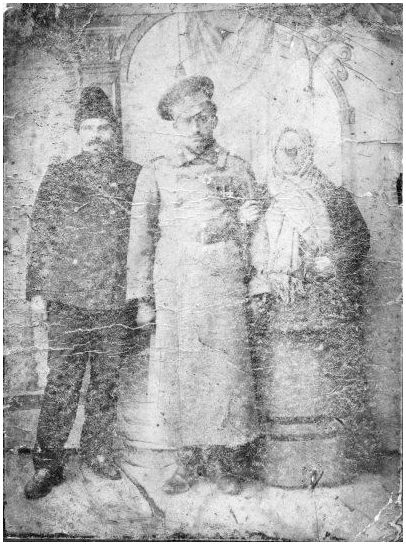 Soon comes the 1917 year — year great change in the fate of, and in the fate of the Don Cossacks. This year was a turning point for the Cossacks — many were faced with a weary dream. Initially Ermakov chose the Soviet regime was at war in the squad Podtelkova, fought against Kaledina. In one battle near the village of Dashing was injured and went home to heal. At that time, his unit was captured by rebels, Podtelkova and fighters loyal to him killed.

In 1919, an uprising breaks out VESHENSKY Cossacks. Historians say that the hatred of Lenin and Trotsky to the Cossacks served as a prerequisite for the mass uprisings. RCP (b) issue a secret directive, which encourages conduct a brutal fight with the Cossacks on horseback by their total extermination. As a means of — mass terror against the rich Cossacks, confiscation of property and complete disarmament. When re-checking, in case of gun — shot.

Through a small clearance time is one more directive, more ruthless, signed Donburo RCP (B.). This document was ordered to arrest prominent representatives of villages and hamlets, and keep them as hostages. In the case of guns at least some inhabitant of the village or hamlet — shoot hostages, coupled with guilty. Reddish commissioners murdered all in a row. In some places there is a genuine genocide Cossack population. Do not stand the Cossacks took up the instrument, to stir up the quiet Don.

Kharlampi Ermakov was elected commander of the rebels, takes an active role in the fighting. He angrily fighting a war for their own people, their homeland.

At that time, the country begins plainclothes war. Soon VESHENSKY rebels joined the army of snow-white. Gen. Don Bogaevsky produces Ermakova first in centurions, and a month later — in the captains. First, in March 1920 Ermakov was taken prisoner, but for the lover of Captain stands up numerous witnesses. Time when the country was a «spirited» great commanders were valued at a premium. Command of the Red Army Harlampo proposed to form a separate brigade of the remaining White Cossacks. Later, the team became the member of the 1st Cavalry Budennogo. Exceptionally in 1923 Ermakov was discharged and returned home. 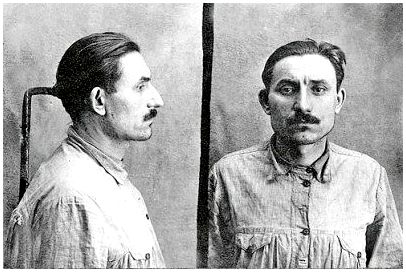 Approximately the same and ends the novel Sholokhov: Gregory Melekhov vorachivaetsya home and on the banks of the Don meets his own son. But fate Charalambos Ermakova was even more difficult. Just a year he lived with his own family. In February 1924 he was arrested for his role in the counter-revolutionary uprising. Hero-Cossack does not refute his own role even under the threat of execution the whole family. Ermakova countrymen gathered in the proof of his words testify. In May 1925, the tribunal ruled that the defendant was not a volunteer member of unrest, and was called to the district chieftanship.

In 1927, Charalambos again arrested. At this time, investigators found a witness who testified about the personal involvement in the shooting of Red Ermakova and anti-Soviet propaganda in the village. Then the country was general collectivization, the Bolsheviks feared a new rebellion, because the tribunal decided to shoot the hero, despite the prosecutor’s area. In June of the same year sentence was executed. Thus ended a small but colorful life of the Don Cossacks, who left a deep furrow in the stories. Rehabilitated Kharlampi Ermakov was only in 1989, after his death.

0
Like this post? Please share to your friends:
Related articles
Interesting 0
Society Former candidate for participation in the presidential election Sergey Ryzhov said that he
Interesting 0
Everything you need to know to start cranking out cash with your PC BY
Interesting 0
«… Air Force Commander Alexander Novikov reported that the two are ready to
Interesting 0
Above the summit crater of the volcano in Alaska Cleveland workers, local observatory
Interesting 0
December 1. Annual capacity is about 180,000 cubic meters of finished products used, including
Interesting 0
Disclose Truth TV introduced a new TV show with the participation of experts: Tarpeya
Categories
http://kontrastwine.md domeniile blaga vin rosu merlot cuvee 2011 cumpara vin online.
SQL - 47 | 0,260 сек. | 10.87 МБ