The body of a stranger from South America, the results of a detailed study which will soon be presented in the documentary film «Sirius», as it turned out, almost identical to another mummified body discovered in Russia. 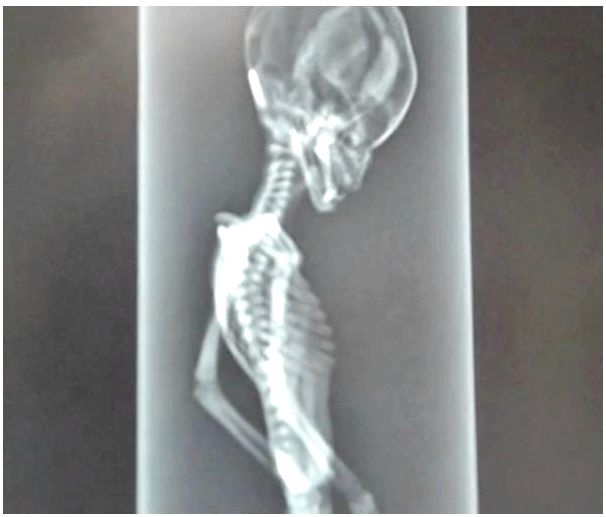 Russian humanoid — Kyshtym dwarf Alexis — was discovered in the Ural Mountains in 1996 alive and lived for about three weeks. Similarities between his body and the body of a humanoid from South America are striking. Both growth of about one (Russian just above) — 12-15 cm and body composition. True, the South American sockets empty, while Alexis — eyes mummified. In addition, the American humanoid stood with his mouth open and hands at your sides, and the Russian arms crossed over his chest, his mouth closed around the mouth and white matter.

Humanoid body, which is currently run by Dr. Greer, thoroughly examined, leading specialists in genetics involved in the analysis of his DNA. So far, scientists say it’s safe to say that the body of organic origin. It is also clear that it can not belong to the ancient hominids (primates class Mammalia) — it’s definitely humanoid and definitely not human. 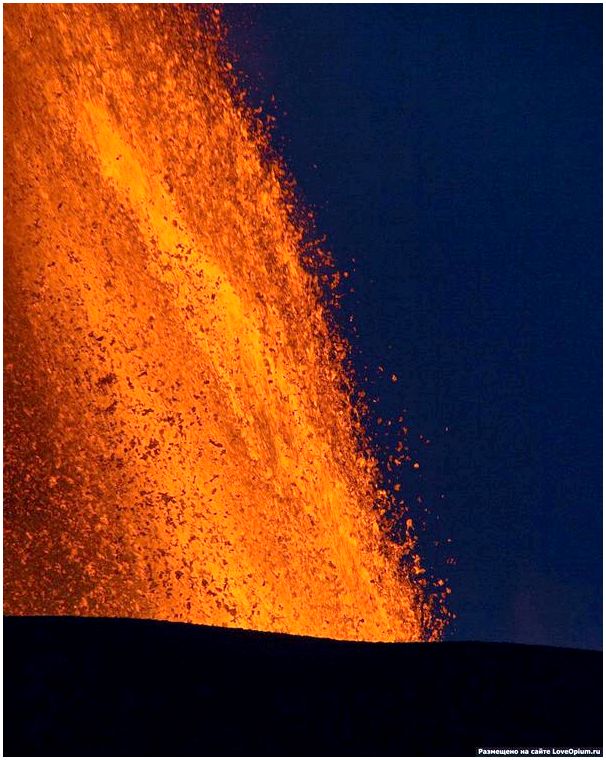 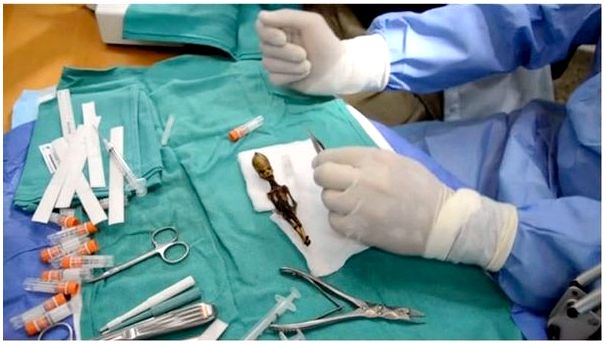 Deleted and the option that is the human fetus 20-22 weeks (for this is contained in the bones too much calcium).

Thanks to the many X-rays and computer technology have managed to create a unique 3D images alleged alien, so detailed that you can «see» and to examine the internal organs of humanoid.

DNA analysis is expected to take about two months, and possibly longer. The most important results of this research is expected to announce in «Sirius.»

In the video below — Russian humanoid body, which is still found alive pensioner Kyshtym city of Chelyabinsk region. She ran into him in the cemetery, took home, fed with milk and honey, and called Alexis. The creature lived about three weeks and died:

And another video of «Kyshtym dwarf»:

There is evidence that both the stranger appeared out of egg-shaped flying objects, and both were seen still alive. It makes sense that they both belong to the same species and the same civilization.

0
Like this post? Please share to your friends:
Related articles
Interesting 0
Society Former candidate for participation in the presidential election Sergey Ryzhov said that he
Interesting 0
Everything you need to know to start cranking out cash with your PC BY
Interesting 0
«… Air Force Commander Alexander Novikov reported that the two are ready to
Interesting 0
Above the summit crater of the volcano in Alaska Cleveland workers, local observatory
Interesting 0
December 1. Annual capacity is about 180,000 cubic meters of finished products used, including
Interesting 0
Disclose Truth TV introduced a new TV show with the participation of experts: Tarpeya
Categories
SQL - 49 | 0,249 сек. | 11.49 МБ