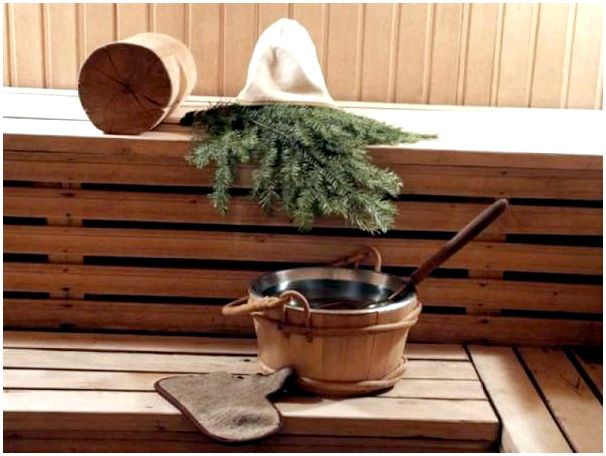 Heading to the Caucasus, Mikhail Lermontov in 1841, being also hurt by one and all, to write a poem «Farewell, unwashed Russia …». In so doing he has his home «good advertising.» Later this work was waving all who feel like strangers and their own, Democrats and Communists, folk dissidents and foreign well-wishers.

«Unwashed Russia» — a backward, underdeveloped, lazy and, of course, is dirty. In general, it is not quite presentable.

However, whether rights Lermontov was when he called on Russia to «dirty»? Or come to Russia to foreigners who contemptuously scrunching their sensitive noses, looking at the «smelly and dirty» of the peasants?

In 1051 married the French King Henry I of Princess Anne of Kiev, daughter of Yaroslav the Wise, with horror wrote to his father that Paris — the city is extremely dirty. French are also very unscrupulous. They have no idea about the regular cleaning from time to time they were washed in the pelvis. As for sanitation, it is completely absent — feces thrown on the street, and they then emit fragrance from the gutters.

Confusion about this wife of King is understandable — in even the most run-down Kiev court has appropriate facilities (traditional booth above the pit). Moreover, in the streets of Kiev slop did not flow and does not «published flavor.» For regular cleaning, it appeared in Russia baths, long before the birth of Anna and used constantly.

In ancient chronicles titled «Chronicle», which dates from the beginning of the XII century, it is about the wanderings of St. Andrew. That is how he traveled through the lands of ancient Rus’ Many wonder at the way I saw in the Slavic lands. I saw a wooden bath that fuel hot. People then stripped naked, doused in leather kvas. Take the young twigs and beat themselves. Before beating themselves that little will come out alive, then obolyut cold water, and only then come to life. And they do it every day, not by coercion but by will. This ablution find joy, not a misery. «

And get up before the eyes of footage from the film «Naval Cadets, ‘» (1987), when Mikhail Boyarsky as charming Chevalier de Brillat literally crawls out of the Russian bath and tries to run away on all fours, and attendant pulls back his leg in the bath and saying: «Where are you, sir, too early yet, the pair will be!» A complaint exquisite Princess Chevalier: «He tried to kill me,» Whatever you say, but from the point of view of a French marquis — bathing procedure in Russia akin to attempted murder.

Bath for the Russians always had great importance, is one of the most important attributes in their lives. Moreover, not only as an opportunity to clean up. She was a part-time maternity room, a place for medical procedures, a place for divination, witchcraft volhovany and the rest, the bedroom Suite in their wedding night bath was used with surprising regularity. If not daily as directed — for washing, at least once or twice a week.

Bath not only to preserve the purity, but also eliminates many Russians from epidemics and diseases, which at that time was rampant throughout Europe. In actual fact — what a louse or flea can survive the Russian guy? Even if you are not given the opportunity to wash clothes in the bath of her fried on hot stones.

On this occasion, I recall another movie, filmed in 1957 — ‘The Adventures of the Good Soldier Schweik. » Svejk and his companions, while in Russian captivity, learn about Russian bath. First, they are asked to undress completely, and prisoners of war Czechs, neatly folded clothes, begin to pray, believing in this, that their hour of death has come. Then a peasant soldier uniform hangs above the stove, the prisoners already know for sure that their death on the doorstep. At the end of the prisoners was surprised discover that no one is going to kill anyone, but they only offered a good clean up and move on to lose teachable insect pests.

There is no doubt that it is due to its antiseptic properties, Russian bath and secured a good reputation among the Magi, and physicians. It’s no wonder in Russia was a ritual that was observed at birth. Then, when the women were in the bath childbirth, her husband in arms had to be at the door, and to protect them, and the keep away evil forces to the bath. Initially, the bath was considered a clean place which is free from all evil.

The same principle and for the treatment — almost all medical procedures were performed in the bath, including «otvorenie blood.» At the time, Russia has not yet been formulated medical postulates LL Gendeyreyha. Only in 1894, he first used steam sterilization of dressings. In Russia, sterile bandages and linens for the patients used a long time, but the very sterilization performed directly in the bath.

Surprisingly another, sauna has always been captivated by the place. It should be noted that if the work was influenced by the bath kind of witchcraft, the abandoned baths were under the influence of evil magical forces, full of evil spirits, demons, and all sorts of leshimi. Such is under a certain soil: if, for example, a bath-label is not used, therefore, there is no sterility and cleanliness. And it was there immediately penetrate bacteria and organisms, that is — various demonic evil. And what is the word, then the characteristic — «evil»!

Originally room were only a pit dug. The roof was made of woven twigs. Also used in large hollow trees — on their bottom placed hot stones, very hollow filled with water. Thus emerged a sort of «barrel». Later began to build a more solid — made of logs. The most efficient location of a bath — on the lake, pond or river. In addition, this arrangement had a dual purpose: first, the proximity to water and mild delivering it to the bath, and second, the possibility of rinsing after the pair in cool water. People in Russia have no idea what a douche or contrast baths, but perfectly able to apply them in practice.

Another interesting fact. When the nobility was to abandon the Russian bath, it was then and appeared pale and flighty «Turgenev’s girls» who suffered constant migraines. And whatever you say, contrast baths — a great training vessels, which strengthens the cardiovascular system and cures and prevents vascular dystonia. In our time as health treatments, doctors recommend that patients vegetative dystonia contrast showers and baths. But in the Russian bath, all these events were an absolute attribute safely promote health.

It is no secret that the bath procedure — it is also a wide variety of brooms. Processing a broom — it’s not just a massage, but also aromatherapy, in our time, so trendy, but our ancestors used from time immemorial as for medicinal purposes, or just for pleasure.

Therefore, dear Mikhail very hurried with the declaration of the Russian «unwashed.» He should heed the words of Antonio Ribeiro Nunez Sanchez, the doctor at the court of Elizabeth, who wrote a treatise «On the two Russian baths that help maintain, improve and restore health.» Court doctor praised Russian bath «… how happy would be a society if there had been so mild, harmless and effective way not only to preserve the health, but also to prevent and heal disease … I’ll read only the Russian bath, which is cooked properly . She is able to give a person the greatest blessing. When I think about a lot of drugs from pharmacies or chemical laboratories, which are prepared by various methods, and which are brought from all over the world, I would like to see their half or three-quarters, coupled with the high price for the construction of buildings, would become for the good of society in the Russian bath. «

Characterization is very significant. And it shall be, in addition, a professional healer.

Today knowingly returns the classic Russian baths popularity of log cabins. The last years has clearly demonstrated the reasonableness of the national traditions of the Russian people. This is not an indication of his «denseness», and vice versa — a scientific approach to their health. Let us recall, when the «civilized» Europeans for grand receptions constantly pressured in their hairstyles lice crystal wands, «dirty» Russian peasants always went to her room, Vitalizing, cleansing and healing properties, aromatherapy, massage and contrast baths. That’s it. Should think about the so-called European «civilization» …

And when you start to think about the Russian bath, then perforce have thoughts — we were not too put forth all overseas while neglecting domestic? Do we not zamylivat eyes bright stickers «Made in …», thus forgetting their own traditions?

0
Like this post? Please share to your friends:
Related articles
Interesting 0
Society Former candidate for participation in the presidential election Sergey Ryzhov said that he
Interesting 0
Everything you need to know to start cranking out cash with your PC BY
Interesting 0
«… Air Force Commander Alexander Novikov reported that the two are ready to
Interesting 0
Above the summit crater of the volcano in Alaska Cleveland workers, local observatory
Interesting 0
December 1. Annual capacity is about 180,000 cubic meters of finished products used, including
Interesting 0
Disclose Truth TV introduced a new TV show with the participation of experts: Tarpeya
Categories
SQL - 57 | 0,250 сек. | 11.34 МБ