The module has a missile and gun armament and is designed to fit on mobile, fixed and surface carriers. On this day modernization different combat weapon system platforms is less overhead and faster method of updating and increasing the firepower of available features for service vehicles, surface ships and stationary objects. In particular, need different new modifications and upgrade weapons systems to extend the life of equipment as a modern armed platform. 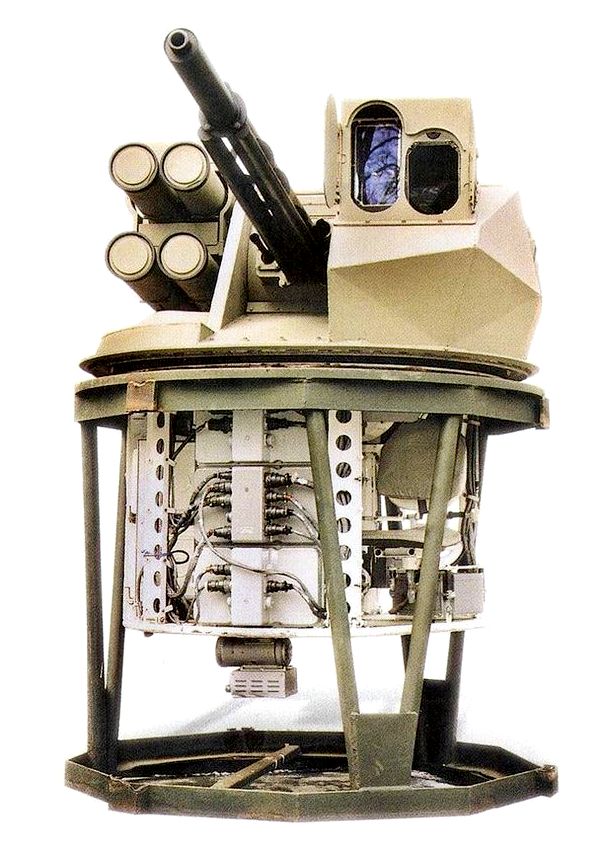 MBP «Cleaver» as complex modern weaponry was designed in the 90’s of the last century for the modernization of machinery frisky BMP series, increasing the service life of machines due to a sharp increase fire potential, power, and features an onboard weapon system. The total number of production vehicles at the time of the order of 20 thousand vehicles BMP-1, half of them were gone at the time of export. Moreover, many of them so far are in service in more than 40-countries around the world. Exclusively in Russia there are about 9,000 copies. The last of the BMP-1 came from the factory in 1981.

Armament and equipment for its control make it likely to hit ground targets at a distance of 1.3 km in the daytime and up to 0.5 km in black, the time of day by gunfire and up to 3 km strike targets of anti-tank. Types of ammunition have become powerful enough to defeat modern purposes, and the lack of modern equipment makes shooting weapons of BMP-1 ineffective. But the huge inherent ability to upgrade and «Soviet» the quality of the BMP-1 chassis make these machines a good basis for the modern upgrades.

Since work began on a modular weapon system to increase the combat potential of the machine. MBP «Cleaver», which is located in the rocket and cannon armament complements the modern automatic FCS. Apart from BMP-1, module is perfect for modernization of many military light armored vehicles, upgrade / modification of small surface ships and installations on fixed platforms. 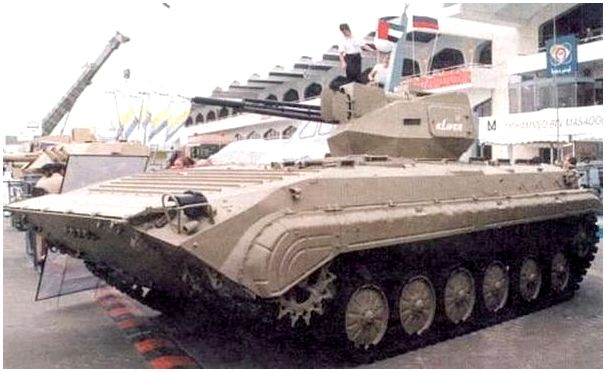 The first public appearance of MBP «Cleaver» — in 1996, on the 850th anniversary of the town of Tula. It was installed on the working model BTR-80. Because module intended to be placed on BMP-1 on the BRT-80 shoulder straps are welded to the BMP-1, which is actually installed and MBP «Cleaver.» The full title of the module — TKB-799 «Cleaver.» In 1998, he passed the tests on the BMP-1 in Kubinka. A year later, two vehicles BMP-1 with modules «Cleaver» were presented at the international exhibition «IDEX’99» in the UAE.

— tower mounted with 4 anti-tank 30 mm gun, a machine gun and a set of sights;

— boeukladki underdog in the turret;

The module has a single execution and consists of:

Ammunition of the module consists of:

— 200 ammunition for the machine gun. 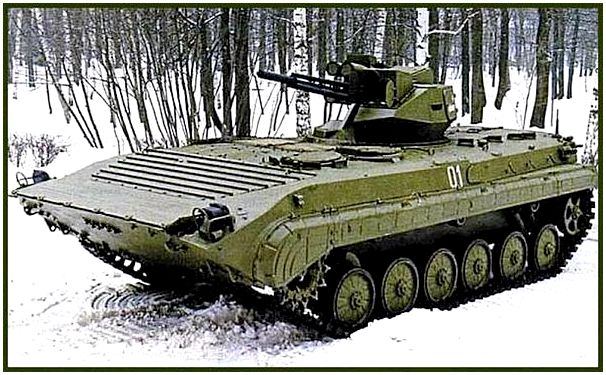 Due to the low landing tower on the machine, it receives additional protection for combating the enemy. Launchers with guided missiles mounted on a single axle with a machine-gun-block. The tower itself is designed as a welded construction: of armor plates with different angles of installation. Sights — the thermal imager and laser guidance device «1K13-2.» The head part is made of sight on the left of the tower, slightly behind a flap load its ammunition. Launchers of anti-tank missiles mounted on rails right from the gun. Vertical guidance is uniform for the entire complex weapons. Gun barrel has spetskarkas to improve the rigidity of guns and increase accuracy of fire.

The module allows you to fire at the enemy at any time of day to all weapon system, both in space and on the move on land and water. Objectives — lightly armored ground and surface facilities, low-flying aircraft and the power of the enemy alive. The installed equipment provides frisky detection and enemy targets in the light and dark time of the day, determination of the distance to the target, the calculation of the desired characteristics for the shooting, the direction of the target weapon system performance monitoring and SLA. According to its firepower features MBP «Cleaver» has an advantage over the South American module «M2 Bradley» and armament complex BMP-2.

0
Like this post? Please share to your friends:
Related articles
Interesting 0
Society Former candidate for participation in the presidential election Sergey Ryzhov said that he
Interesting 0
Everything you need to know to start cranking out cash with your PC BY
Interesting 0
«… Air Force Commander Alexander Novikov reported that the two are ready to
Interesting 0
Above the summit crater of the volcano in Alaska Cleveland workers, local observatory
Interesting 0
December 1. Annual capacity is about 180,000 cubic meters of finished products used, including
Interesting 0
Disclose Truth TV introduced a new TV show with the participation of experts: Tarpeya
Categories
SQL - 55 | 0,284 сек. | 10.88 МБ