Prior to the beginning of WW2 in Germany languid tanks were engaged in the creation of the company «Porsche» and «Henschel und Sohn», but some of the results achieved and was not, although «Porsche» had some success. In the spring of 1941 received programm «Tigerprogram» to create a languid tank to the middle of 1942. Both companies were required to provide models.

May 26, 1941 at a meeting on the prospects for the design and creation of new types of weapons and equipment, which was Hitler personally, Henschel and Porsche firms commissioned as soon as possible to make models of the heavy tank to the middle of 1942goda. Krupp was obliged to make models with a gun turret part. The basis for the new tank was the development Henschel VK 3601 (H), for «Porsche» VK 3001 (P) Leopard. The heavy tank was due to hold a weight of 45 tons and carry a gun KwK L/56 caliber of 88 mm. The main differences created prototypes — the «Henschel» roller 24 to 3 in a row at Porsche 6 rinks reference type. In addition, in «Porsche» tower shifted to the nose of the case, which is breached rassredotachivanie weight. The power plant, placed in the stern of the layout — two petrol engines «Type 101/1″ to the cooling of the air type. They twisted two electronic generator, electricity is supplied by two electric motors, each of which in turn turned the caterpillar. Instead of the usual box set elektroreostaty by which they regulate the rate of turn. Here we litsezreem unconventional approach to the assignment physician Porsche. But all is not perfect as it seems. Type of gasoline engines were very unreliable solution for the creation of the layout, they are rapidly broken, achieved constant repair and just ignited. The applied electrical system was in need of acute deficiency of copper — which is rare for the German metal. In the middle of April 1942, both the layout arrive in East Prussia and make the 11-km-long run up to Hitler’s headquarters. Both the layout is often broken on all site run. In the day of birth (April 20) show Hitler’s models languid tanks. Layout from Porsche — VK 4501(P), layout from «Henschel» — VK 4501 (H). The head of Nazi Germany’s only the car looked VK 4501 (P), spending on this for nearly 20 minutes, VK 4501 (H) is not attracted, listening to Adolf Hitler. Everyone understood that Dr Porsche was walking in his favorite. Incidentally layout VK 4501 (H) then had a tower portion, borrowed from Porsche. Tests have shown inconsistency layout VK 4501 (P) — on road performance is very obvious he conceded the prototype Henschel. The main trial was scheduled in six weeks in the German tank school that successfully passes an experienced model from «Henschel». Trivial flaws most experienced reference VK 4501 (P):

— Myagenko very unstable on the ground;

— a very long body in comparison with the rival. 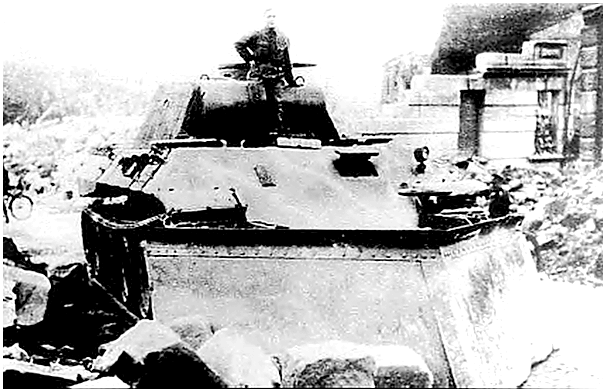 A month later, VK 4501 (H) take on arms and run in a batch creation. Confidence in the victory of Dr. Porsche’s own benchmark most experienced led to the fact that without the help of others, he began to mass-produce its own standard, even before the main test. Total company «Porsche» managed to produce about 90 units of VK 4501(P) before adopting VK 4501 (H). The company tried to use the manufacturer built the machine as a technology for various purposes and thereby vindicate his name. In September 1942 it was decided to equip some «PzAbt». Gasoline engines used type is very assist in addressing this issue. Yes, and here Porsche understood trouble — 5 tanks sent to undergo testing in Austria do not pass it, and three tanks in the repair rework machine «Bergepanzer Tiger (P)». Subsequent efforts by Porsche led to the fact that on the basis of this small series of tanks was decided to make languid SAO «Ferdinand». But the turning point in the war, languid fighting in Stalingrad German command led to the idea of developing «Rammtiger» to perform the tasks of cleaning the streets of barricades and temporary structures.

This machine provides sloped armor plates and a special blade for the targets. MG armed technique. By the end of 1943, Porsche has prepared technical documentation. First, in 1943 Adolf Hitler takes the decision to rework 3 VK 4501 (P) in the street armored bulldozer Rammtiger (Raumpanzer). Tanks require little change, and they could be used for the intended purpose. Having found records show that, most likely, bulldozers street cycle have been built and are ready to take the main test. Data on their use in military operations are available. Data confirmed the seizure of the technique is also no Russian troops. 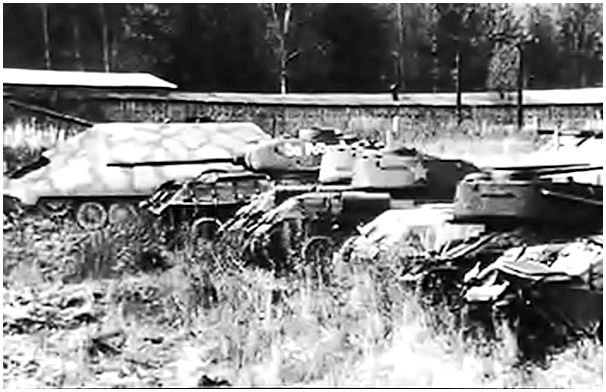 0
Like this post? Please share to your friends:
Related articles
Interesting 0
Society Former candidate for participation in the presidential election Sergey Ryzhov said that he
Interesting 0
Everything you need to know to start cranking out cash with your PC BY
Interesting 0
«… Air Force Commander Alexander Novikov reported that the two are ready to
Interesting 0
Above the summit crater of the volcano in Alaska Cleveland workers, local observatory
Interesting 0
December 1. Annual capacity is about 180,000 cubic meters of finished products used, including
Interesting 0
Disclose Truth TV introduced a new TV show with the participation of experts: Tarpeya
Categories
SQL - 51 | 0,288 сек. | 10.88 МБ