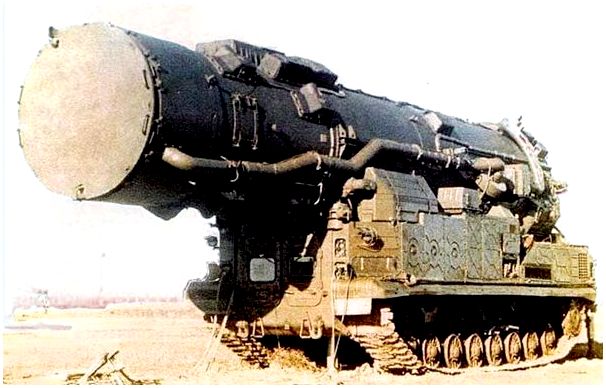 At the beginning of 1961, the first successful test of the American solid rocket «Minuteman 1A» brought the United States into a leadership position in the development of medium-range ballistic missiles. Management of Russian Union at that time could not accept the fact that the Soviet Union to become second only to the United States in this race. Already the 4th April 1961 the Government of the USSR to its ruling poses Russian engineers to create a puzzle and make at least three types of solid medium-range missiles. After that several design offices, work began on the creation of the first Russian solid-fuel rockets.

There were several projects under the overall control of Sergei Korolev. 8K96 missile, its second stage, created a KB-7 Leningrad artillery factory «Arsenal», managed the project chief designer Peter KB Tyurin. Rocket 8K97 was developed in the Perm KB running Misha Tsirul’nikova, there was supposed to create the first stage of a rocket 8K96. 8K98 rocket or the other of its designation, intercontinental rocket RT-2 and 8K98P were created by S. Korolyov with Igor Sadowski, one of the founders of the RT-1 rocket. For the development of missile 8K99 began another Russian designer Mikhail Yangel, this project rocket was to have a first stage for solid fuel, the other on the watery fuel. After painstaking research of working drawings, it was decided as a first step to use the development Tsirul’nikova having the best performance and slider a mixed fuel hard PAL-17/7. 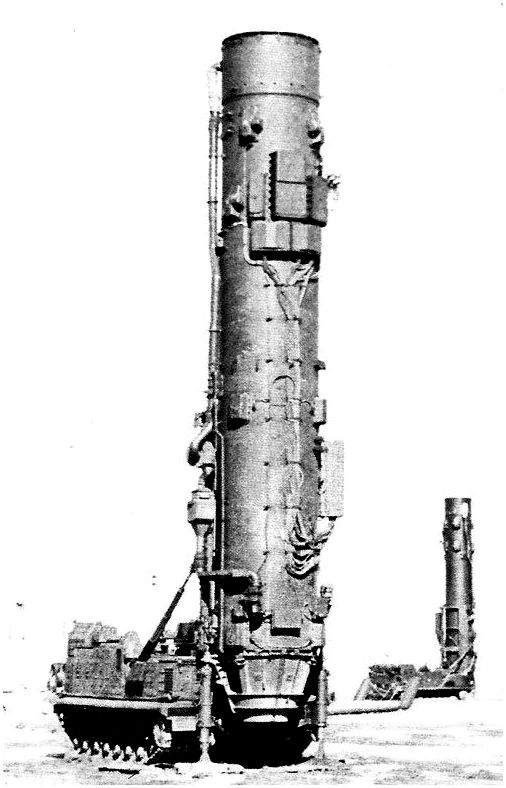 But in 1963, all work on the project 8K96 or PT-15, which is actually a missile RT-2 without the first stage have been suspended until such time until the end missile testing of the RT-2. Were then resumed again in 1965 and PT-15 in the rolling complex 15P696 is received at the Russian Strategic Missile Forces and the Army started a series on the creation of the Leningrad plant number 7. Development of SPM (self-propelled launcher) 15U59 based on the T-10 held at KB Kirov plant under the J. Kotin. It is also conducted to establish the development of start-up facilities on wheels and on railway platforms. In the first missile system under the symbol RVC «to 815» was shown during the parade Nov. 7, 1965. 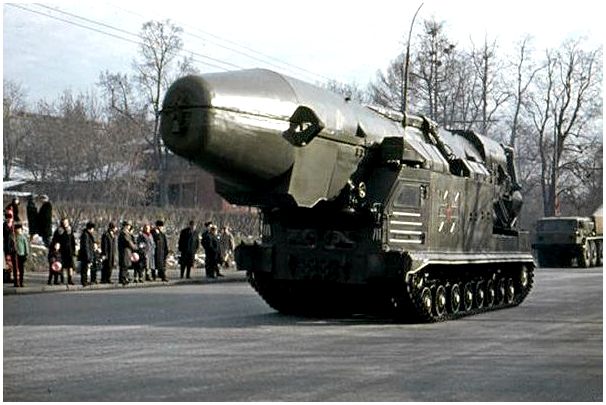 Aiming at the target missile was performed using an inertial control system with gyroscopic platform made by the Research Institute of the AP under the control of head designer N. Pilyugina. Unit start was made by remote control the start developed in KB «Impulse» under the TA Sokolova. Fuel charges, according to some sources, was fastened with a rocket engine, the technology NII-9 g Byisk by pouring fuel mass in the motor housing. According to others fuel charges were loose, manufacturing technology Research Institute, 130 g of Perm. Also one can imagine that can be used both, as the rocket PT 2. In the first stage used fuel charges NII-9, on the second stage of the SRI-130. But on the memoirs of participants in trials, claiming that after the opening of the nozzle plugs from the engine had been poured over a bucket of water, which is not appropriate for the stages of the rocket engines RT-2. The total length of the rocket was 12.7 meters, a diameter of 1.9 to 2.1 meters, the starting weight of 1, 87 tons, the required weight of over 500 kg warhead.

0
Like this post? Please share to your friends:
Related articles
Interesting 0
Society Former candidate for participation in the presidential election Sergey Ryzhov said that he
Interesting 0
Everything you need to know to start cranking out cash with your PC BY
Interesting 0
«… Air Force Commander Alexander Novikov reported that the two are ready to
Interesting 0
Above the summit crater of the volcano in Alaska Cleveland workers, local observatory
Interesting 0
December 1. Annual capacity is about 180,000 cubic meters of finished products used, including
Interesting 0
Disclose Truth TV introduced a new TV show with the participation of experts: Tarpeya
Categories
SQL - 50 | 0,741 сек. | 11.32 МБ