After the liberation of German-occupied territories of European countries, thousands of women who are in relationships with German soldiers and officers who have been exposed to humiliating and brutal executions at the hands of their fellow citizens. 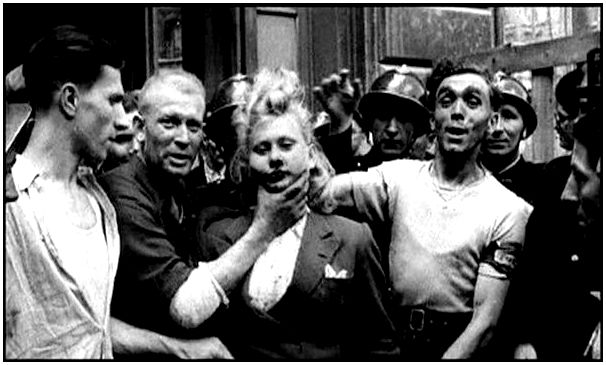 The most actively pursued their French counterparts. Wrath of the lesion, the long years of occupation, secession, liberated France vented on these girls. Next 20 pictures. 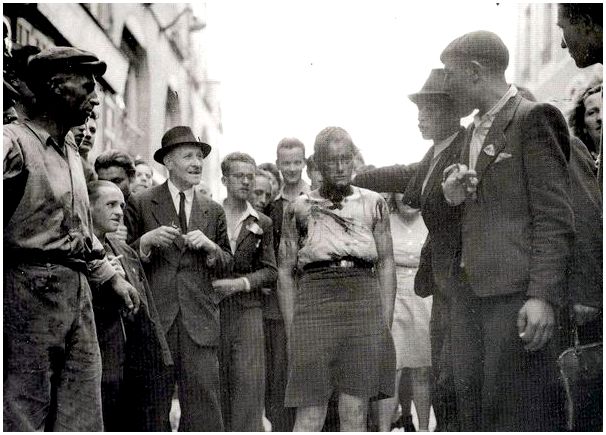 The campaign to identify and massacre of collaborators, called «L’épuration sauvage», about 30,000 women suspected of having links with the Germans, were subjected to public humiliation. 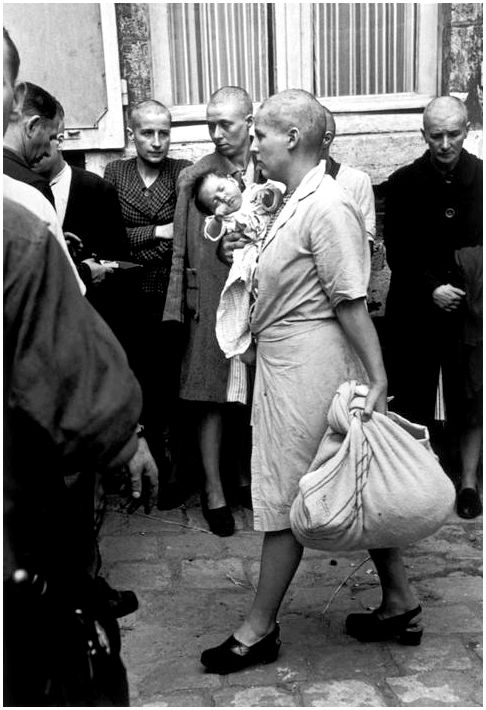 Often, in such a way to settle personal scores, and many of the most active participants in the so tried to save themselves by diverting attention from its cooperation with the occupation authorities. 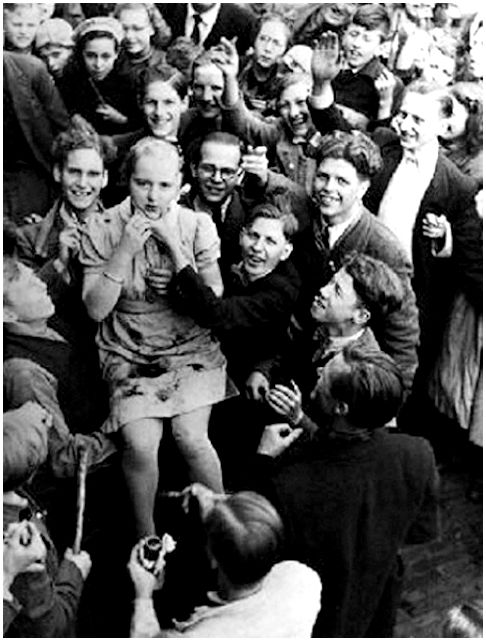 An eyewitness of the events, «past us, accompanied by curses and threats drove slowly open truck. At the back there were about a dozen women, all — with shaved heads hung low in shame.» Personnel Chronicle — the personification of the words. 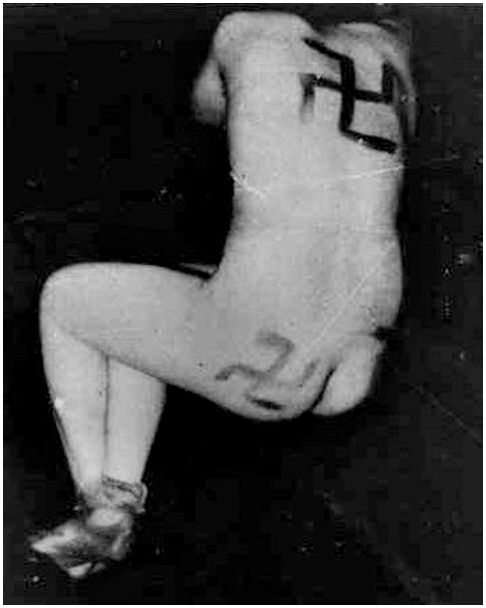 Often on shaving the head would not stay, drew a swastika painted on his face burned or branded on the forehead. 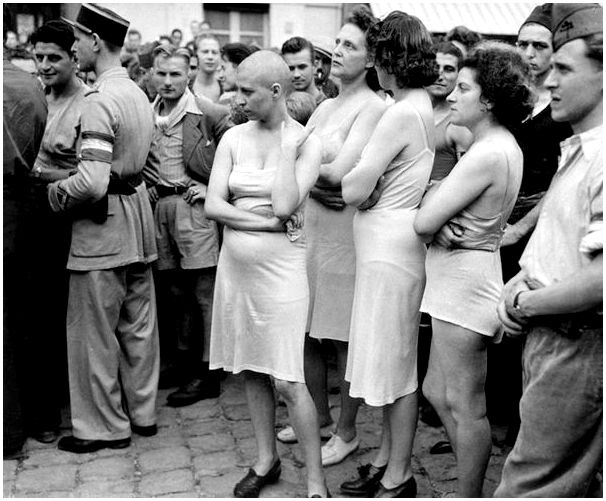 There have been cases of vigilante justice when girls simply shot, many do not bear the shame committed suicide. 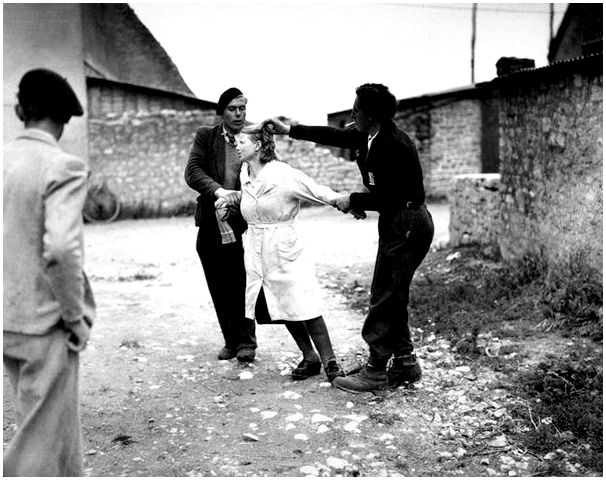 They were recognized as «nationally unworthy» and many more from six months to one year in prison, followed by a decrease in the rights for another year. In people, this last year was called the «year of national shame.» A similar thing happened the other liberated European countries. 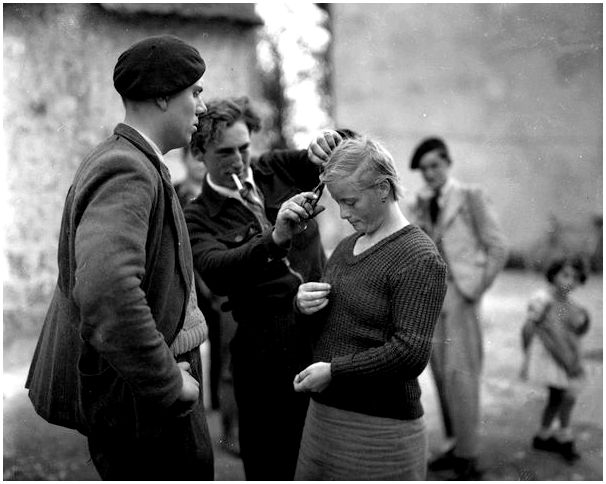 But there’s one aspect shamefully silent for decades — children born of German soldiers. They have been rejected twice — born out of wedlock, the fruit of communication with the enemy. 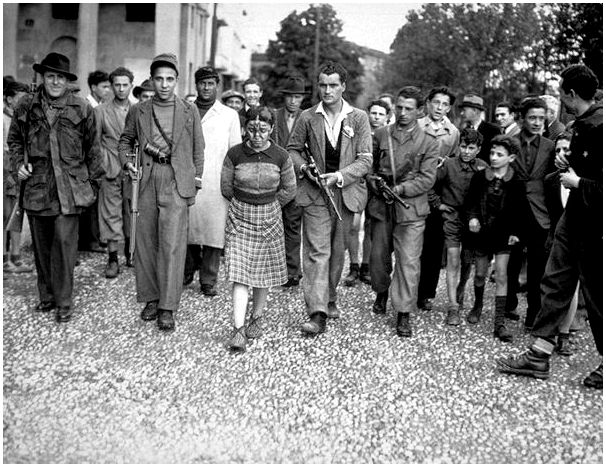 According to various estimates, in the same French born more than 200,000 so-called «kids occupation», but oddly enough, the same French treated them the most loyal, limiting themselves to a ban on German names and the study of the German language. Though there have been cases of attacks by children and adults, many of the mother refused, and they were brought up in children’s homes. 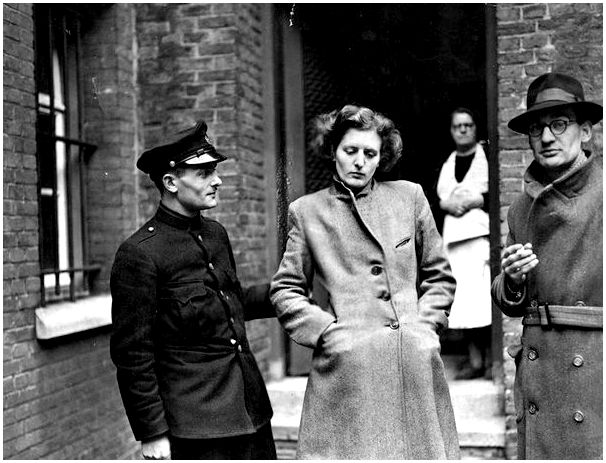 In one of the stories of Somerset Maugham — «Unconquered», created in 1944, the main character kills a child born of a German soldier. This is not fiction — such cases are also characterized the time. 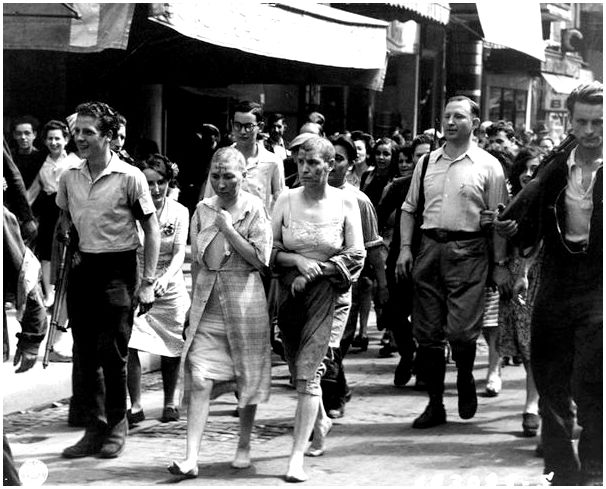 The founder of the French-German association of children occupation «Heart Without Borders», now numbering about 300 members, a Frenchman, son of a German soldier: «We founded this association as a society infringe upon our rights. The reason — we were the Franco-German children, conceived during World War II. We teamed up to jointly search for our parents to help each other and to work to preserve the historical memory. Why now? Previously, it was impossible to do: subject remained taboo. » 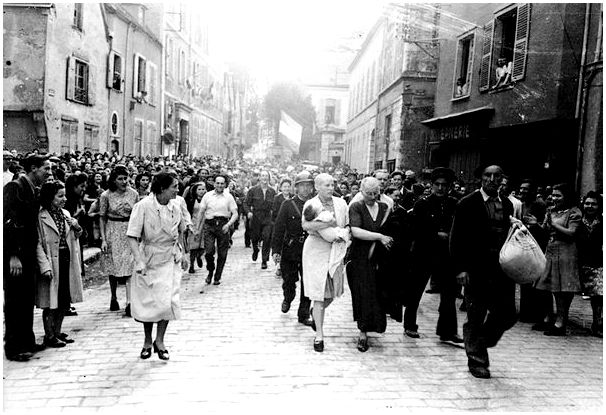 By the way, in today’s Germany, there is legal provision according to which the children of German soldiers, born to French mothers are entitled to German citizenship … 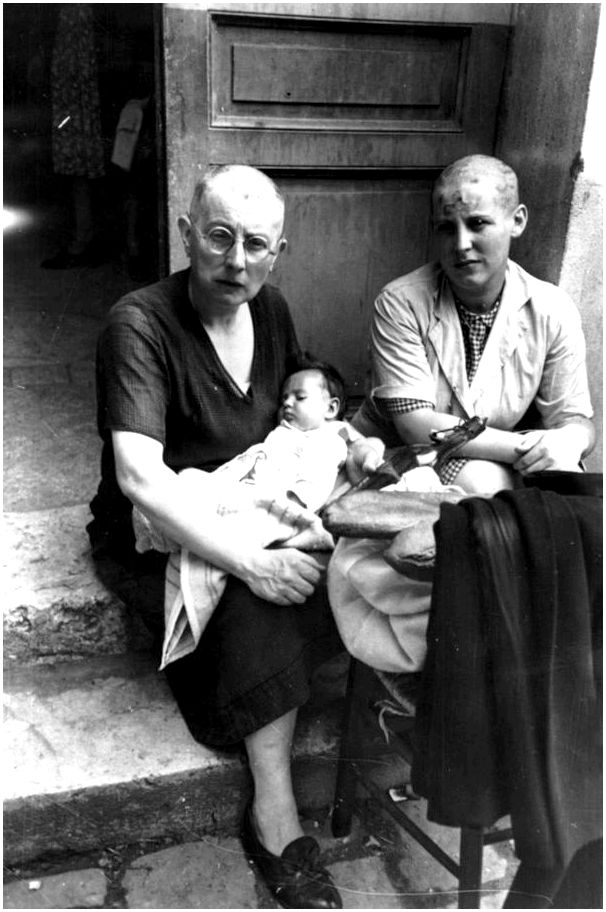 In Norway, these girls were about 15,000, and the five thousand, who gave birth to the Germans, were sentenced to one and a half years of forced labor, and nearly all children with the filing of the government declared mentally disabled and sent to a home for the mentally ill, where they were held until 60 — ies. 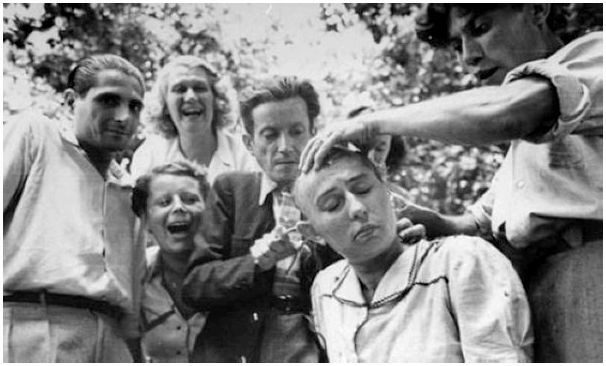 Norwegian Union for the children of war later declares that «Nazi spawn» and «morons» so called these children were used to test medicines. 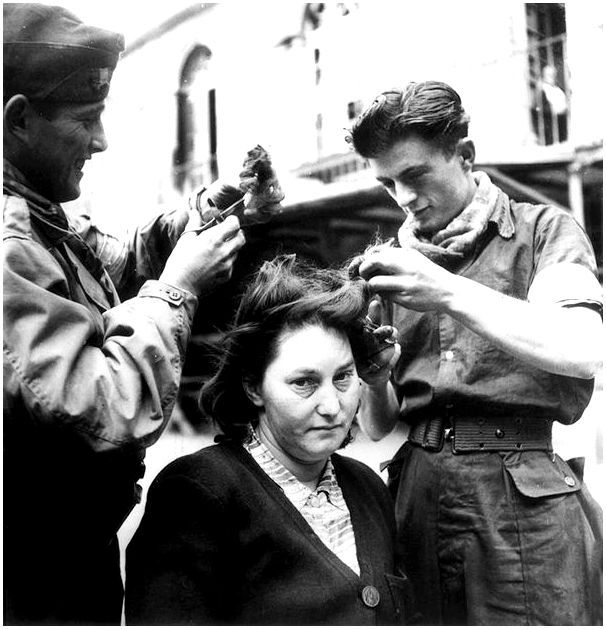 Only in 2005 the Norwegian parliament will bring a formal apology to these innocent victims and approve compensation for the experiences in the amount of 3 million euros. This amount could be increased if the victim will provide documentary evidence that faced with hatred, fear and mistrust because of their origin. 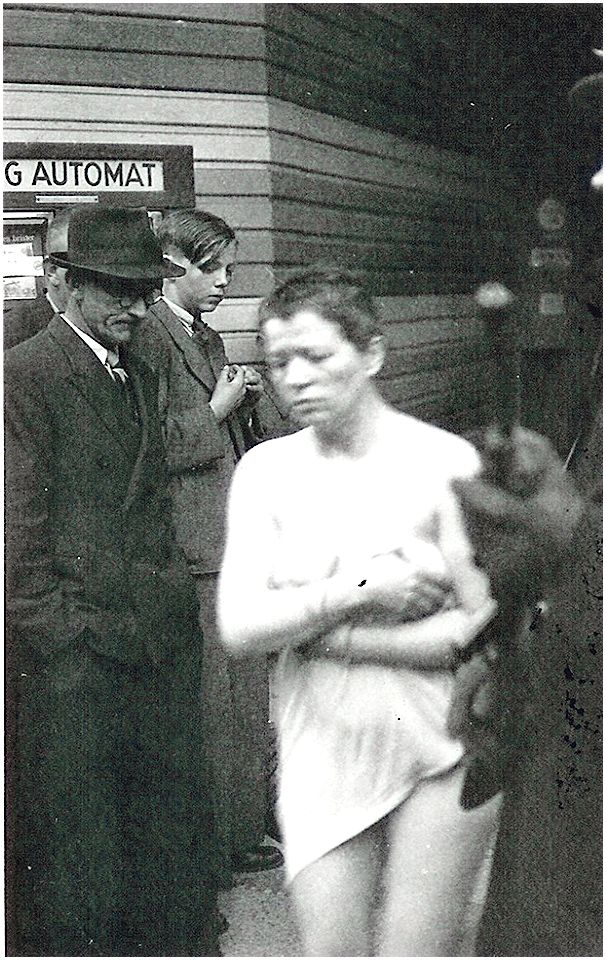 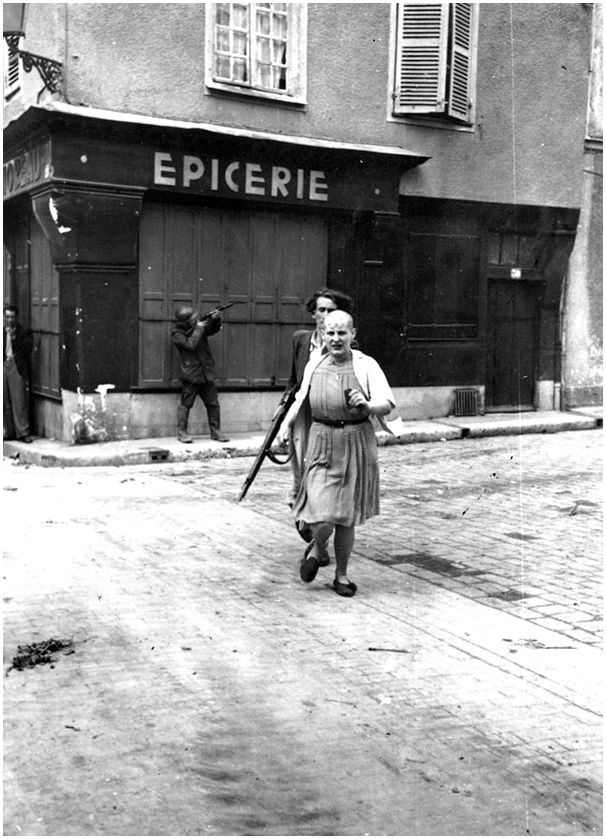 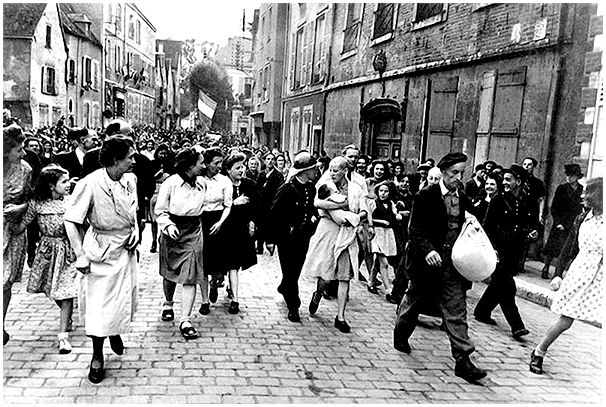 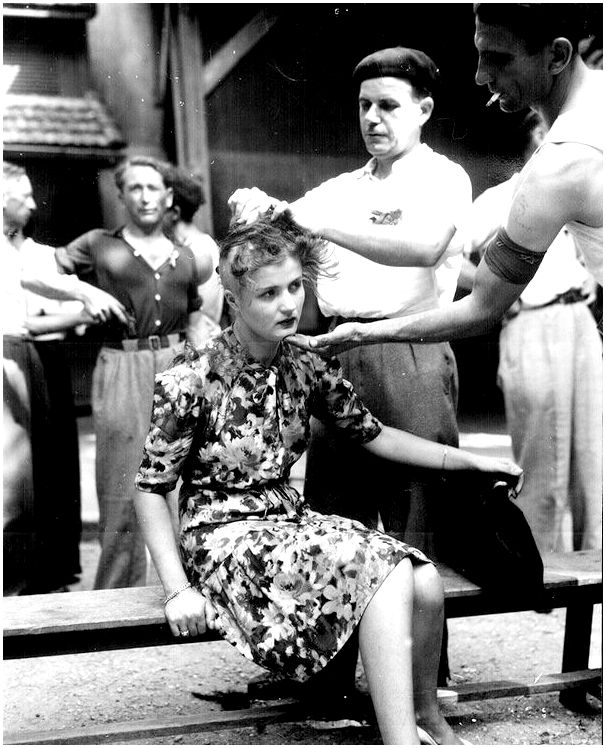 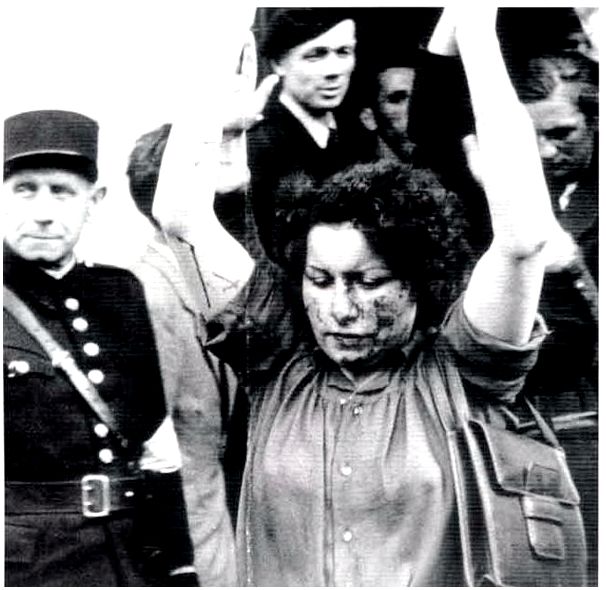 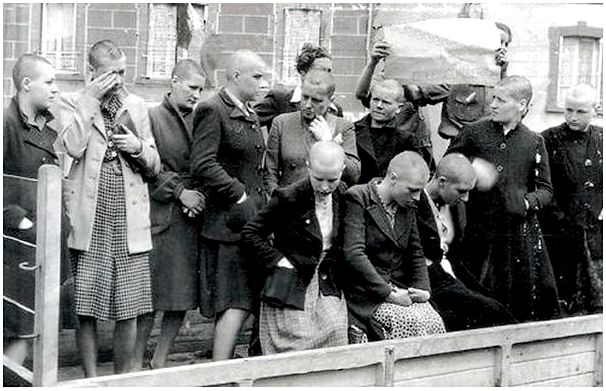 See also: Fighting the French with the German occupiers at first glance as if invisible. The second and third also not visible

0
Like this post? Please share to your friends:
Related articles
Interesting 0
Society Former candidate for participation in the presidential election Sergey Ryzhov said that he
Interesting 0
Everything you need to know to start cranking out cash with your PC BY
Interesting 0
«… Air Force Commander Alexander Novikov reported that the two are ready to
Interesting 0
Above the summit crater of the volcano in Alaska Cleveland workers, local observatory
Interesting 0
December 1. Annual capacity is about 180,000 cubic meters of finished products used, including
Interesting 0
Disclose Truth TV introduced a new TV show with the participation of experts: Tarpeya
Categories
SQL - 47 | 0,251 сек. | 10.88 МБ