Work on the creation of self-propelled air defense system «Strela-10SV» (ind 9K35) began under the Decision of the Central Committee of the CPSU and the USSR Council of 24.07.1969.

Notwithstanding the fact that at the same time designed AA gun-missile system «Tunguska», the creation of a more conventional nevsepogodnogo SAM in the order of the forthcoming development of a complex type «Strela-1» was considered appropriate from an economic point of view. With all this taken into account as a tactical mission such as SAM addition to the «Tunguska», capable of providing low-flying destruction at one point in the criteria for the purposes of appearing sophisticated electronic and air conditions.

Together with the anti-aircraft missile system «Strela-10SV» were, but were not completed on shipboard, unified with it, as the complex «Strela-11» on the chassis of the BMD-1 Airborne. 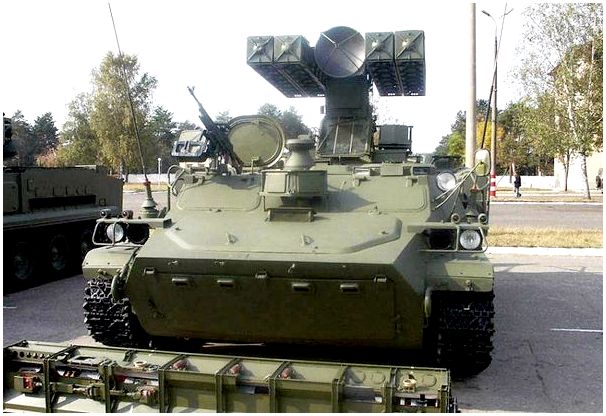 In accordance with the tactical and technical requirements of a complex «Strela-10SV» should have ensured the defeat of the objectives, soaring at a rate of up to 415 meters per second on a collision course (on Dogon rates — up to 310 m / s) at a height of 25 m to 3-3 5 km, at a range of 0.8-1.2 to 5 km with a parameter to 3 km. The possibility of defeat a guided missile single target, maneuvering overloads 3-5 pcs., Was to be at least 0.5-0.6 in the presence of the target designation controls the air defense regiment in the absence of traps and interference.

The objectives were to be destroyed as a stand-alone complex (with a visual target detection), and as part of a centralized management system. In the 2nd version for target designation was like from Fri panel PA-12 (M) on the voice radio.

Ammunition was to include 12 anti-aircraft missiles. The complex 9K35 be transported aircraft (E-6 and AN-12B) also have the opportunity to overcome water obstacles swimming. Mass combat vehicles limited to a value of 12.5 million kg.

By the beginning of 1973 anti-aircraft missile system «Strela-10SV» in the BM (fighting vehicle) 9A35, curb passive finder, 9A34 combat vehicles (which has a passive radio direction finder), anti-aircraft guided missiles 9M37 and control and inspection machine presented for joint trials . SAM «Strela-10SV» tested on Donguzskaya landfill (landfill manager Dmitriev OK) in the period from January 1973 to May 1974.

Developers anti-aircraft missile system, after the trials by representatives of 3 Institute of Defense and the Defense Grau spoke in favor of the adoption of SAM on board. But the chairman of the commission for testing Podkopaev LA, representatives of the Office of the Chief of the Air Defense Army and the landfill were against it, as complex «Strela-10SV» not one hundred percent met the requirements in terms of the probability of target, reliability indicators BM, by the ability of fire afloat. BM assembly was not provided with the convenience of calculation. Commission recommended the adoption of the complex into service after the elimination of identified deficiencies. In this regard, SAM 9K35 have adopted the Decision of the Central Committee of the CPSU and the USSR Council of 16.03.1976 after modification.

Centralized management of SAM «Strela-10SV» that make up the battery and battalion regiment was to be done in the same way as the air defense system «Tunguska» — due to the transfer target indications and commands from the command Fri air defense regiment and battery commander Fri affordable radiotelephone (up to equipment systems data communication equipment) and radiotelekoda (after equipment).

SAM 9K35, in contrast to the complex «Strela-1M» is not on the wheel BRDM-2, and on the multipurpose crawler tractor MT-LB, capacity is given the opportunity to increment Ammunition to eight anti-aircraft missiles in transport-launch containers (4 — a shunt housing and 4 — to guide the trigger). With all this needed was a long testing of instrumentation, BM, and influenced by the vibration tracked chassis that were not characteristic of wheel machines used previously.

The complex «Strela-10SV» did not use muscle power operator in SAM «Strela-1M», and electric starter.

The structure of SAM missiles 9M37 «Strela-10SV» came two-color seeker. In addition to fotokontrastnomu channel, the application in «Strela-1M», uses an infrared (thermal) channel, which increased the fighting ability of the complex when shooting towards goal and vdogon also severe interference. Fotokanal could be used as an emergency, as opposed to thermal cooling is not needed, which could only be provided by a single pre-launch preparation of guided missiles.

To limit the speed rotating missiles from the slope of a rocket used separately standing rollerony located at the back of the wings.

When you save the wingspan and the diameter of the body of the incoming missile complex «Strela-1» missile 9M37 increment length to 2.19 meters

The introduction of the SAM «Strela-10SV» of equipment evaluation zone run (ind 9S86), which automatically generate data for testing the right lead angles, made it possible to produce a missile launch time. Base 9S86 were millimeter coherent pulsed electronic telemeter, which provides a certain distance to the target (in the range of 430-10300 meters, the maximum error — up to 100 meters) and a circular target speed (the maximum error — 30 meters per second), and resolver analog-to- discrete device which determines the boundary of the starting (maximum error of 300 to 600 meters) and the angles of pre-emption at start ( average error of 0.1-0.2 degrees).

According to a joint decision, and Defense Ministry of Defense and Grau tactical and technical requirements, as agreed between them, the developers of the complex «Strela-10SV» in 1977 held its modernization through improved homing missiles and rocket launching apparatus BM 9A34 and 9A35. The complex was given the title of «Strela-10M» (ind 9K35M). 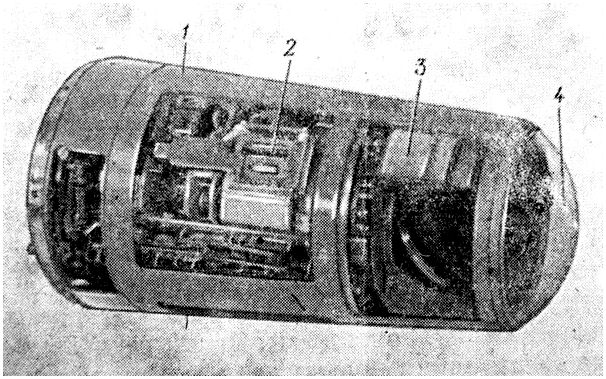 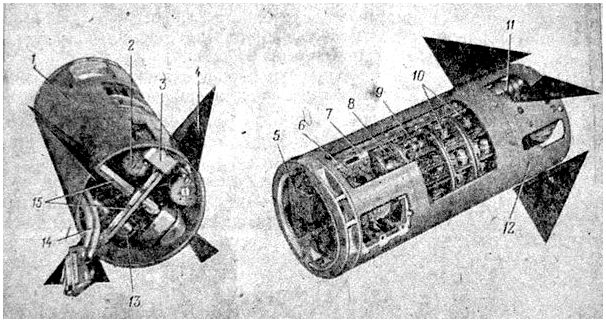 Homing missiles 9M37M shared purpose and organized optical interference on the grounds of the trajectory, which reduced the effectiveness of the thermal noise traps.

On the other features remained the same SAM 9K35M «Strela-10SV,» not counting certain rate (for 3 seconds) workhouse time with the dictates of the fire in the interference criteria.

Anti-aircraft complex 9K35M tests were carried out in January-May 1978 at Donguzskaya landfill (landfill manager Kuleshov VI) under the control of the commission, headed by N. Yuriev SAM «Strela-10M» accepted into service in 1979 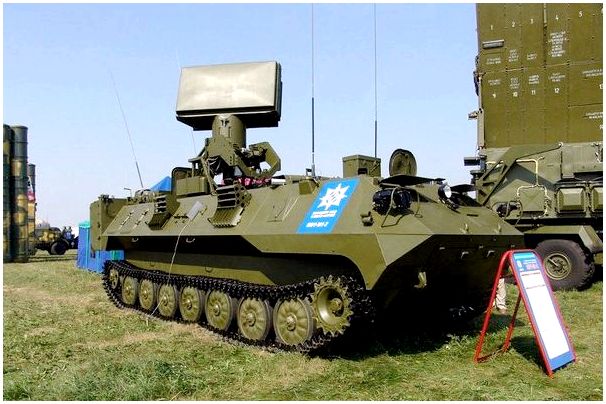 The modernization process developed and implemented in the BM complex equipment 9V179-1 Auto for target designation from the battery CP CP CP-12M or chief defense regiment PPRU-1 («The Gadfly-M-SV») and on the radar detection equipment that are equipped with ASPD -We are also working off target designation equipment provides automatic guidance to the target trigger. The set of combat vehicles SAM introduced polyurethane foam floats, leaning back from the sides of cars designed to overcome the swimming aqua-bottlenecking with machinegun and full ammunition missiles, and additional radio R-123M provides a welcome telecode disk imaging.

Proving ground tests are the most experienced benchmark SAM, received the name «Strela-10M2» (ind 9K35M2) were carried out on the landfill Donguzskaya (control polygon Kuleshov VI) in the period from July to October 1980 under the control of the commission headed by Timofeev ES

As a result, the tests found that in the affected area using an automatic reception and testing of target designation (for homing missiles without interference fotokontrastnomu channel) AA missile system ensures the effectiveness of fire fighters on one missile on a collision course, the range of 0.3 to 3.5 m, and 0.6 million in the spectrum from 1.5 sq m to near the border zone. This is higher than the efficiency of fire SAM «Strela-10M» in the same ranges of 0.1-0.2. This was achieved by increasing the detection range of targets to 8.4 km, the reduction of time at the workhouse tselkukazanii to 6.5, increased relative frequency nepropuska goals to 1, reducing the time taken to tselkukazany operator and testing of target acquisition.

At the initiative of three research institutes and Grau Defense Ministry, also followed her decision MIC number 111 from 01.04.1983, in the period from 1983 to 1986 under the code «whaling» has upgraded missile system «Strela-10M2.» Modernization produced cooperation of companies that have developed complex «Strela-10» and other modifications thereof.

Upgraded SAM in comparison with the complex «Strela-10M2» had to be increased in the affected area, and to own more superior noise immunity and performance criteria organized into saturated optical interference, to ensure fire on all types of low-flying air targets (helicopters, aircraft, remotely piloted vehicles, cruise missiles).

Bimbo managed rocket 9M333, compared with 9M37M, had a modified container and the engine, as a recent seeker with 3 receivers in different spectral spectra: infrared (thermal) fotokontrastny and interfering with the logical selection of targets against optical interference on the trajectory and the spectral features that significant increment immunity SAM.

New autopilot provides a more stable job seeker and the guided missile control loop as a whole in various modes of missile launch and flight regardless of background (interference) environment. 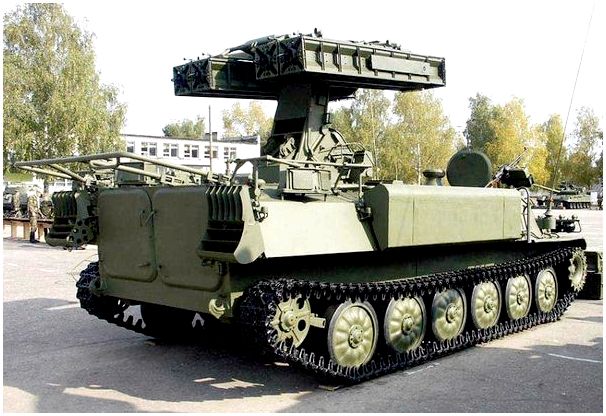 The new proximity fuse guided missile made on the basis of 4 pulse laser emitters, the optical system, which forms the pattern of the eight pointed, and the receiver signals reflected from the target. Double compared with 9M37 missile to increment the number of rays effectiveness against targets small size.

9M333 missile warhead had increased weight (5 pounds instead of 3 in a rocket 9M37) and equipped with a rod striking elements of greater length and larger cross-section. By improving the bursting charge increased the speed of fragments.

The structure of the contact-safety fuse included detonating device, trigger self-destruct mechanism, a contact sensor target and the transmission charge.

Overall rocket 9M333 was essentially perfect 9M37 missiles, but did not satisfy the requirements for the defeat on intersecting courses for small targets and performance at significant temperatures (50 ° C), which required revision after the end of the joint trial. The length of the rocket increment to 2.23 meters.

Probability and hitting range targets like the F-15, soaring at speeds up to 300 m / s, with the fire towards to translation parameters at altitudes up to 1 km in shooting of optical interference upwards at a speed of 2.5 seconds went down to 65 percent in fotokontrastnom channel and up 30% — 50% in the thermal channel (instead of the permissible reduction of 25% on the technical task). In the rest of the affected area and shooting of noise reduction down probability and hitting range does not exceed 25 percent.

In SAM 9K35MZ was to be the start to ensure a reliable target acquisition 9M333 missile seeker in optical interference.

Operation of the system ensured the introduction of machine maintenance 9V915, control and inspection machine 9V839M and supply of outdoor electronic 9I111.

Batch creation of BM all modifications SAM «Strela-10SV» organized at the Saratov aggregate plant, and missiles — the Kovrov mechanical plant.

Anti-aircraft missiles «Strela-10SV» were delivered in some countries zabugornye and used in Middle Eastern and African military conflicts. SAM is fully justified his appointment as the exercises and in combat.

The main characteristics of the type of anti-aircraft missile systems «Strela-10»:

The number of guided missiles at military machine 8 pcs. 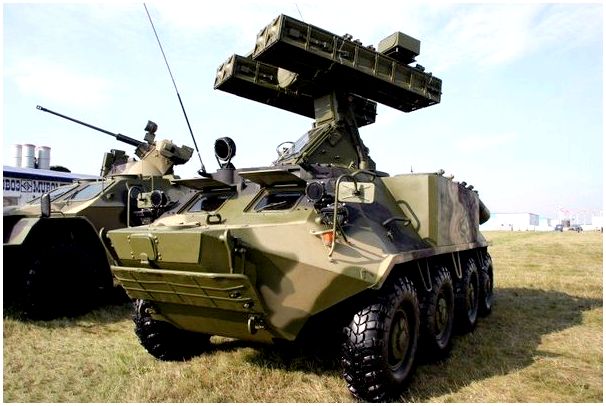 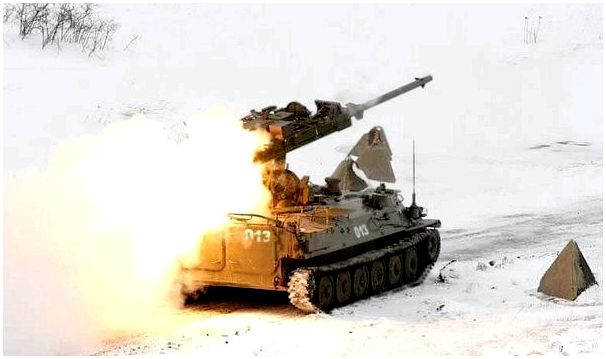 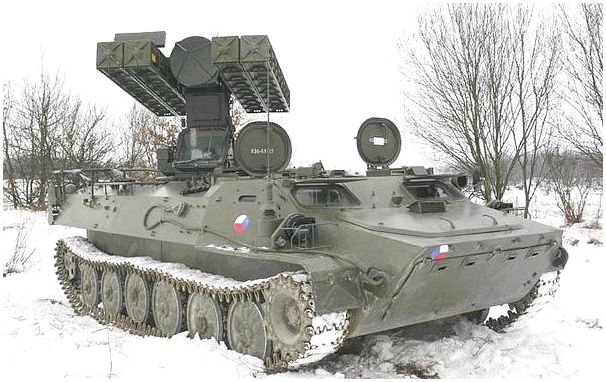 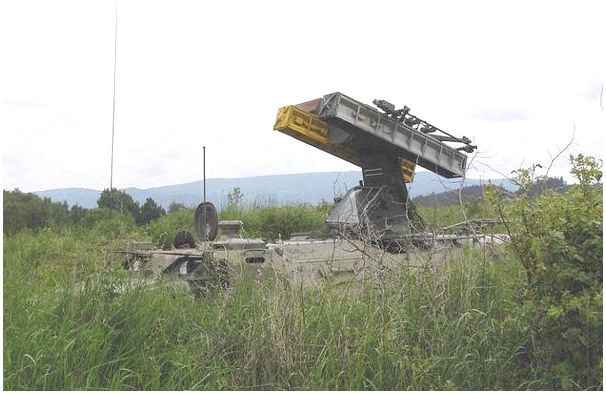 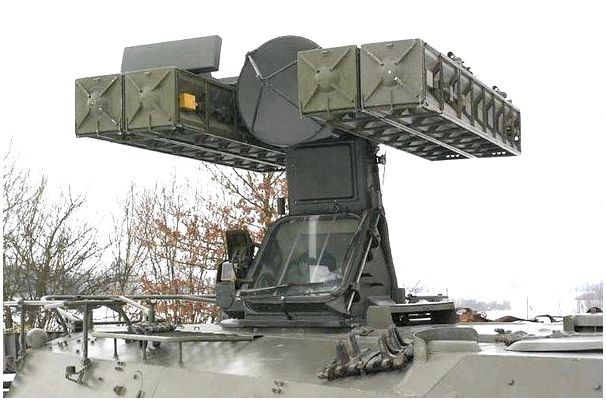 0
Like this post? Please share to your friends:
Related articles
Interesting 0
Society Former candidate for participation in the presidential election Sergey Ryzhov said that he
Interesting 0
Everything you need to know to start cranking out cash with your PC BY
Interesting 0
«… Air Force Commander Alexander Novikov reported that the two are ready to
Interesting 0
Above the summit crater of the volcano in Alaska Cleveland workers, local observatory
Interesting 0
December 1. Annual capacity is about 180,000 cubic meters of finished products used, including
Interesting 0
Disclose Truth TV introduced a new TV show with the participation of experts: Tarpeya
Categories
SQL - 49 | 0,191 сек. | 11.51 МБ