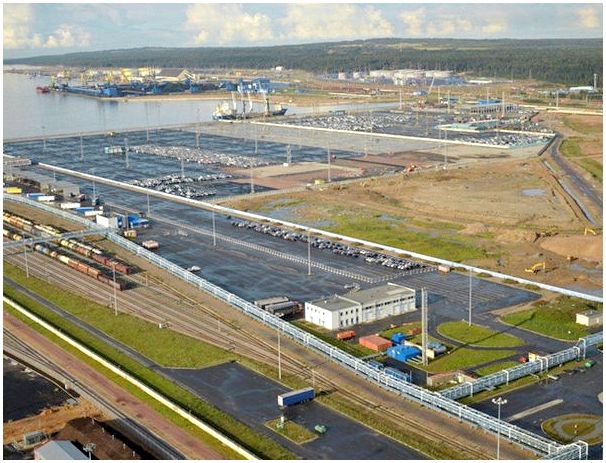 Ust-Lou? Ha — Sea port in north-west Russia, the Leningrad region, in the Luga Bay of the Gulf of Finland near the village of Ust-Luga. He began work with the opening in December 2001 coal terminal.

Today I would like to take a few lines of the project, which is not drawing much attention of the media and the general public is implemented in the Leningrad region since the early 2000’s and is built from the ground port complex, the turnover is growing by an average of more than 70% each year and for the first 9 months of 2011 amounted to 15.7 million tons, that 87.6% over the same period last year.

As a result of high rates of development of the port of Ust-Luga — construction of the eponymous town of 35 thousand inhabitants.

Together with two ports of Leningrad region — Vysotsky and Seaside — the project is able to bury transit in the Baltic countries.
It is planned that at full capacity the port will be released in 2018. And then there will transship 180 million tons of cargo per year, greater than the combined turnover of all the Baltic ports (Tallinn, Klaipeda, Riga and Ventspils). 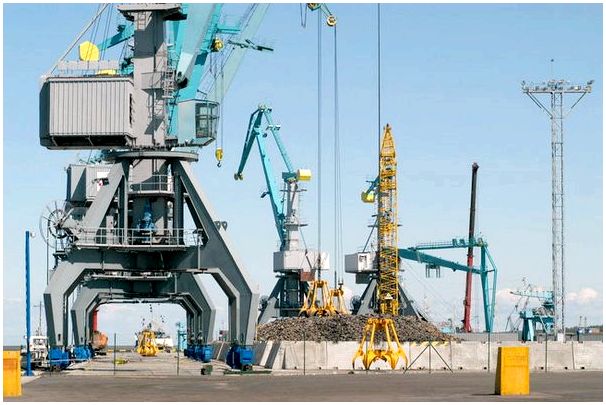 
With the collapse of the Soviet Union Russian industrialists have become dependent on traditional trade routes remaining in the ruins of the once unified country. For example, at least 70 percent of the transit traffic going through Latvia, are goods coming from Russia or Russian. Unfortunately relations with its neighbors have set our country targets to reduce this dependence.

The specialists of JSC «Ust-Luga», created for the project, do not hide the fact that the project is carried out as an alternative to the ports of Latvia, Lithuania and Estonia, «The port of Ust-Luga was conceived in the Soviet time, but eventually decided that we should invest in the development of the Port of Tallinn. Work on its reconstruction was completed in 1985. And in a few years we have lost this port. All the ports of the Baltic countries were able to dictate terms to those who work for export. And the producers themselves have decided to build new terminals. « 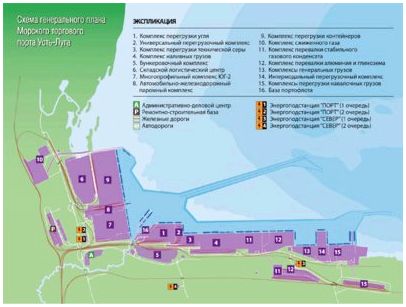 General scheme of the commercial seaport of Ust-Luga involves the construction of 16 transshipment facilities. Each of them — it is a separate large-scale project. 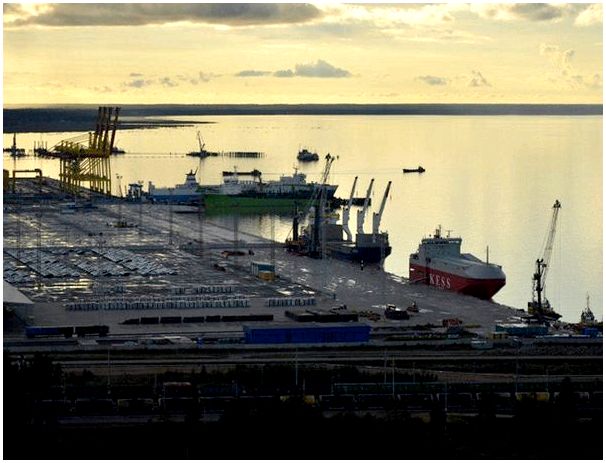 Today, in a newly built port of Ust-Luga (Leningrad region Kingiseppskiy district) employs more than 2 million people. By 2018, when the port is expected to reach full capacity and earn the enterprise in the port area, the number of jobs will increase to approximately 6.8 million people. For those who will be working in the port, and for those who live in close proximity to the port, is constructing a new settlement. City of port of Ust-Luga will be located near the village of Ust-Luga.?

The total area of the new settlement amount to the full development of 1849 hectares.?

In addition, the integrated development of the area adjacent to the port, includes:
??- The formation and development of the port industrial production zone?
— The creation of areas for recreation and tourism?
— The development of appropriate external and internal engineering and transport links, easy access to Saint Petersburg
— The creation of industrial zones, logistics facilities, areas of temporary storage?
— Provision of necessary social conditions for work, living and leisure
— Construction of a cargo airport of international class?

Thus Kingisepsky area in the future will be the industrial and economic area of federal significance.?

Already, unemployment in the region Kingiseppsky not. However, many had to retrain as customs officers, dockers, crane and so on. Lack of qualified personnel. I’d love to take professional-port workers, including those from the Baltic countries. There is every reason to believe that the creation of conditions for work and life will facilitate the return of the Russian-speaking population.

To sum up I would like to note that the development of transshipment facilities, allowing domestic producers to reduce dependence on transit countries, implemented consistently and systematically. And despite the fact that the results are not evident simple layman, Ust-Luga — modern and large-scale project that has significant impact on the economy of Russia. 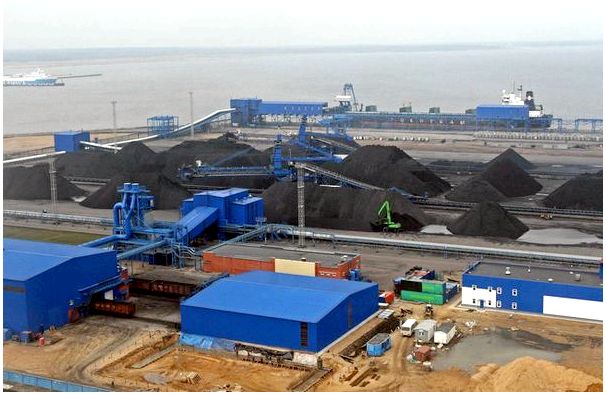 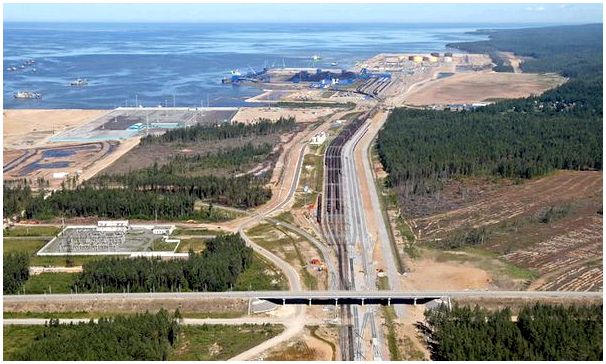 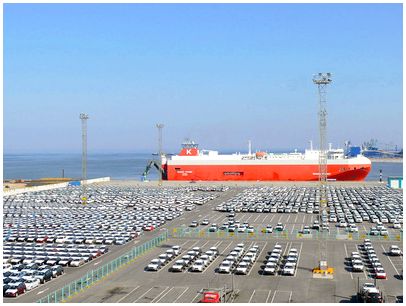 The complex liquid cargo area with a view 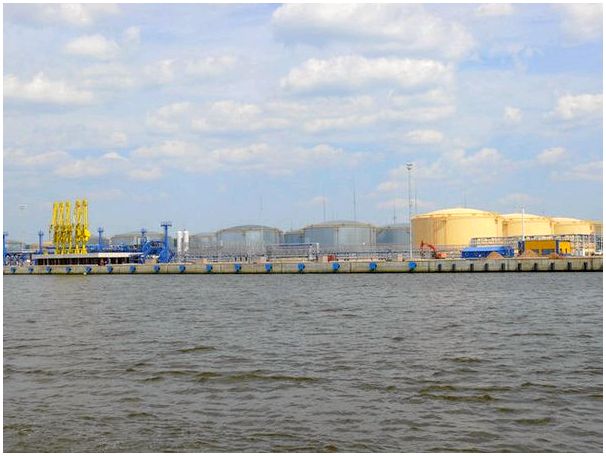 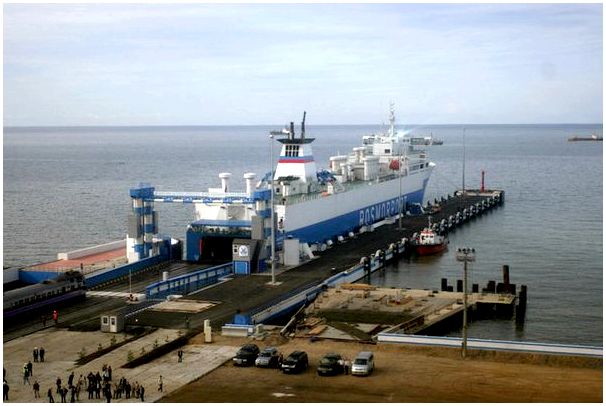 Start of construction of the Universal cargo complex. 2004. 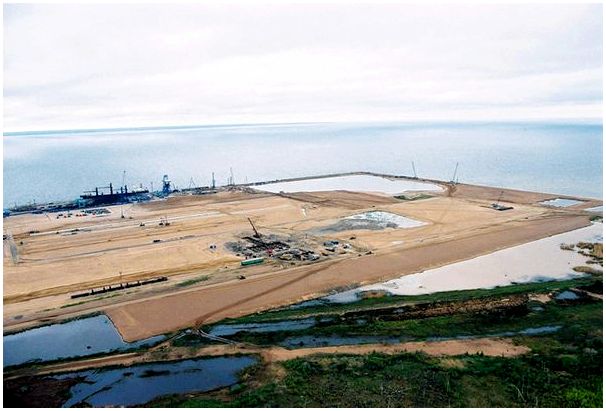 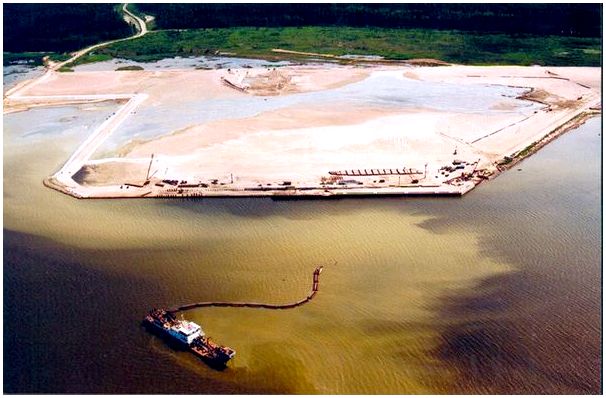 0
Like this post? Please share to your friends:
Related articles
Interesting 0
Society Former candidate for participation in the presidential election Sergey Ryzhov said that he
Interesting 0
Everything you need to know to start cranking out cash with your PC BY
Interesting 0
«… Air Force Commander Alexander Novikov reported that the two are ready to
Interesting 0
Above the summit crater of the volcano in Alaska Cleveland workers, local observatory
Interesting 0
December 1. Annual capacity is about 180,000 cubic meters of finished products used, including
Interesting 0
Disclose Truth TV introduced a new TV show with the participation of experts: Tarpeya
Categories
SQL - 47 | 0,443 сек. | 10.9 МБ