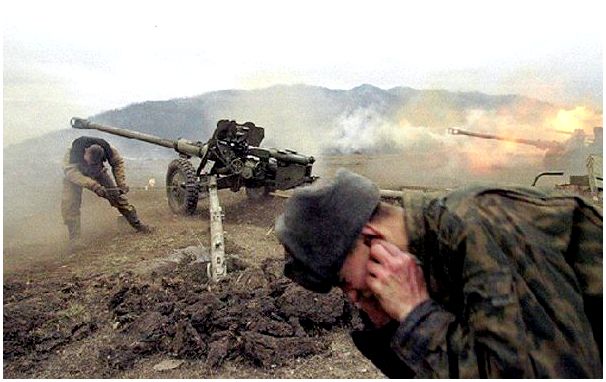 PTP D-48 85 mm developed in the second half of the 40’s team of designers under the control of Petrova. The design of the newest guns were used some elements of the division’s 85-mm gun D-44, a 100-millimeter cannon standard 1944 BS-3. CA was adopted in 1953. Gun can affect not only the tanks, and armored personnel carriers, self-propelled artillery and other bronesredstva opponent. The gun can be used for shooting bronekolpakam, embrasures derevozemlyanyh and long-term points to defeat firepower and manpower, which are located behind the light shelters or out of shelters.

The structural assembly of TAP D-48 has a traditional scheme: carriage imposed on the trunk with the shutter. 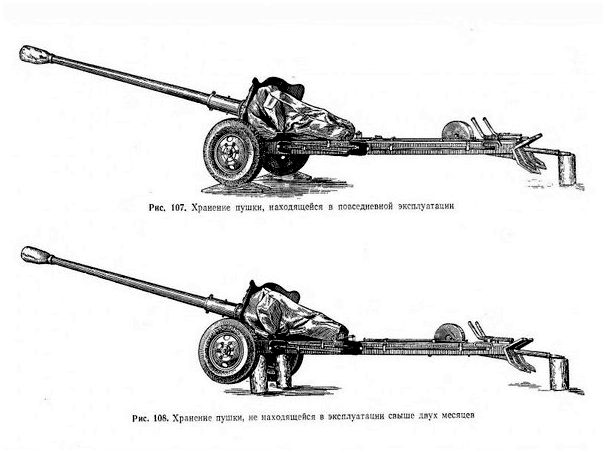 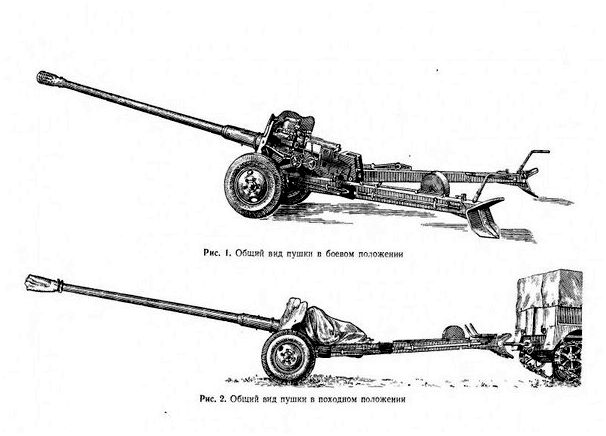 Active muzzle brake is screwed on trunk and represents a powerful hollow cylinder having openings (windows) on the generator. Holes muzzle brake — rounded. Brake efficiency of about 68%. V vertical automatic shutter, having a spring semi-automatic, suitable for locking the barrel and firing. Before the first shot to open the gate manually, then it automatically opens after each shot. It allows for automatic job firing up to 15 rounds. / Min. Cradle made cylindrical casting oboymennogo type directs the trunk during the rollback and roll forward. The recoil mechanism — rollback brakes (hydraulic) and recuperator (gidropnevmatika). Recoil device mounted above the barrel in the cage and during the shot, along with the barrel rolled back. By the cradle welded cage with the slots. Trunnions serving for connection to the upper machine located in a cradle. Frame (top machine) — the basis for a swinging of the PTP D-48. It is located on the left of the lift and swivel mechanisms targeting the helical type, shield cover and balancing mechanism. Pneumatic push-type counterweight mechanism is installed to the right of the stem. The cylindrical cradle is made by casting. The lifting mechanism is one sector that has left. Helical rotary mechanism was left of the barrel, its design is similar to D-44. The shield cover — the main shield attached to the upper machine and two reclining flap up and down. On the carrier board, which aggressively secured to the rear and front bronelistami, lower frame and soft armor plates, housed spinning part of the gun. Machine attached to the lower frame having two plowshares and rotary screw mechanism. In the lower two-wheeled chassis mounted machine guns with the torsion part poressirovaniem. Chassis in a divorce yokes off automatically. The wheels of the car ZIS-5 tires have «SC». Sliding hollow frame gun D-48 have a box section and constant ploughshare on the ends. 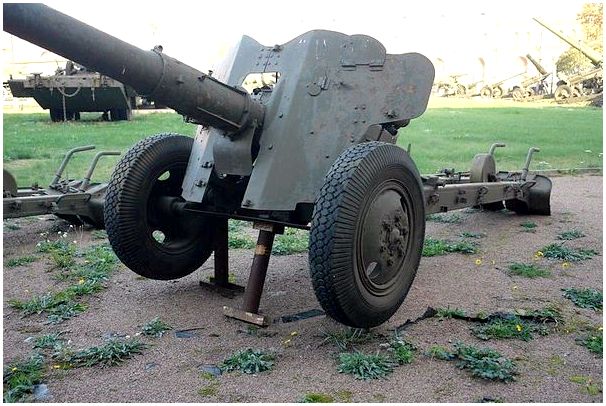 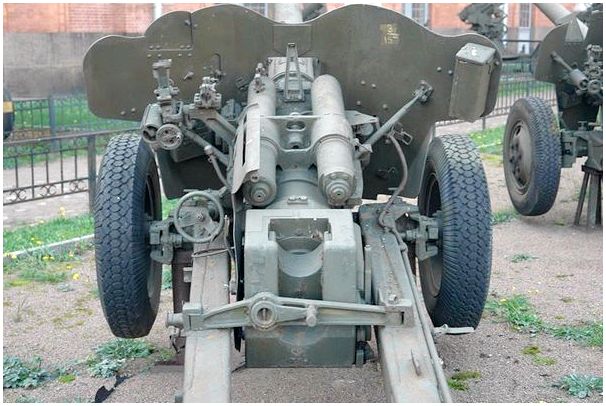 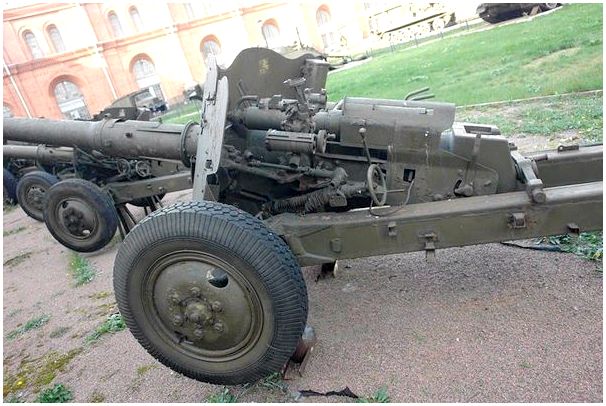 If need be and if the terrain allows, the calculation on the battlefield can manually roll the gun. To do this, a part of the con Khobotova little iron roller, usually mounted on the left frame stop. Staffing means traction — ZIS-151 or AT-T tractor.

C71-77 — mechanical sight for direct fire or from the closed position, is set constantly;

In service with separate artillery or anti-tank battalion infantry regiment (consisting of 2-anti-tank artillery batteries each with two firing squad) in the battery to 6 guns (in the division 12).

The angle of the horizontal guidance — 54 °;

Transfer to the stowed position of fighting — 1.5-2 Minutka;

0
Like this post? Please share to your friends:
Related articles
Interesting 0
Society Former candidate for participation in the presidential election Sergey Ryzhov said that he
Interesting 0
Everything you need to know to start cranking out cash with your PC BY
Interesting 0
«… Air Force Commander Alexander Novikov reported that the two are ready to
Interesting 0
Above the summit crater of the volcano in Alaska Cleveland workers, local observatory
Interesting 0
December 1. Annual capacity is about 180,000 cubic meters of finished products used, including
Interesting 0
Disclose Truth TV introduced a new TV show with the participation of experts: Tarpeya
Categories
SQL - 47 | 0,238 сек. | 10.87 МБ