Edition of TIME gave the job photojournalist Joachim Eskildsenu a report about the ongoing crisis, which is now affected about 46 million Americans. Eskildsen was in New York, California, Louisiana, South Dakota and Georgia, for the first time since 1986, having arrived in the United States. According to him, about poverty was not mentioned in the news, he looked in Berlin. «For Europeans, America — a kind of mythical place, which is associated with childhood with Coca-Cola and American culture. The more bitter it was to see people living not just poor, but having unhealthy living conditions. »

Eskildsena very impressed with the incidence of poverty. «If you start to think about it, you will see poverty everywhere, but you can live your whole life without even noticing it until you prove yourself at her touch. Many spoke of the disappointment in the «American Dream», which broke on the American reality. 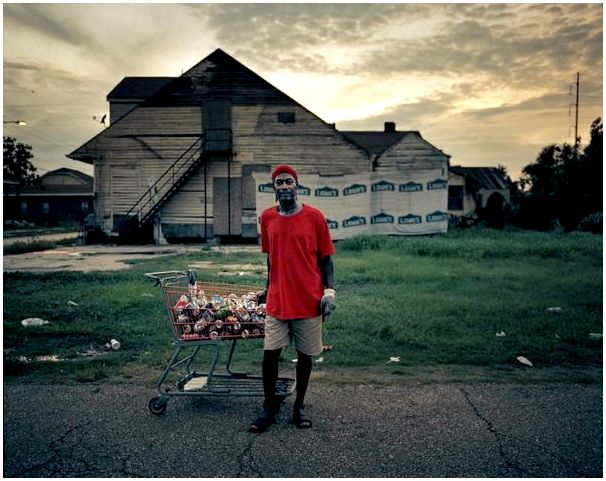 Pyatidesyatishestiletny veteran Richard London from New Orleans collects cans to earn a living. In the month comes out to about $ 160. Previously, he was a drug user, but now dropped out, and trying to put life back. 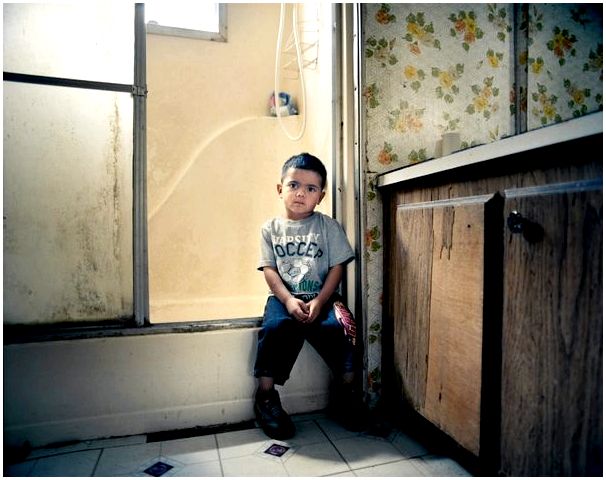 The three-year Eric has two children, their mother and grandparents live in a trailer in Fayrbo, California. He always goes with her grandmother for a free meal. 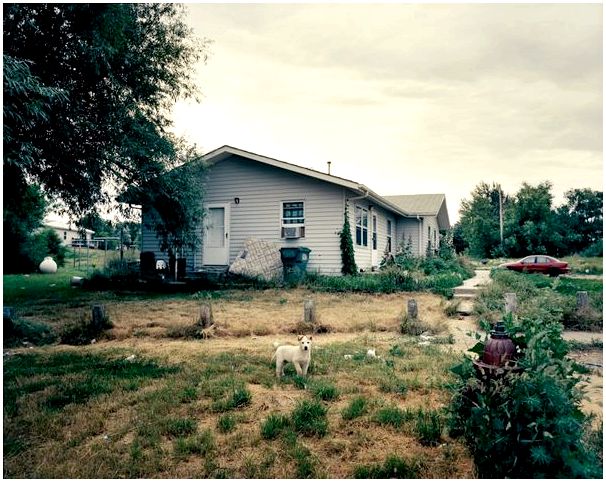 Puppy in the village of Eagle Butte, South Dakota, which is called the «dark side» because the street lights are not working and are hard drinking, unemployment and domestic violence. 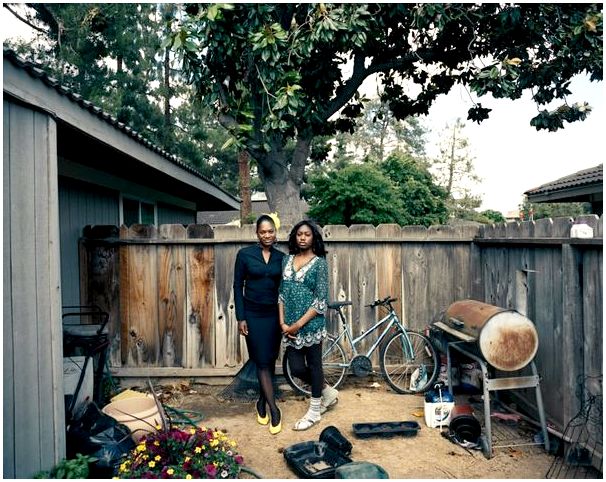 Felicia Ogbodo (37 years old) lost the job of a social worker and is going to declare bankruptcy. Her 18-year-old daughter Ermelayn only entered the University of Chicago and wants to become a forensic psychologist 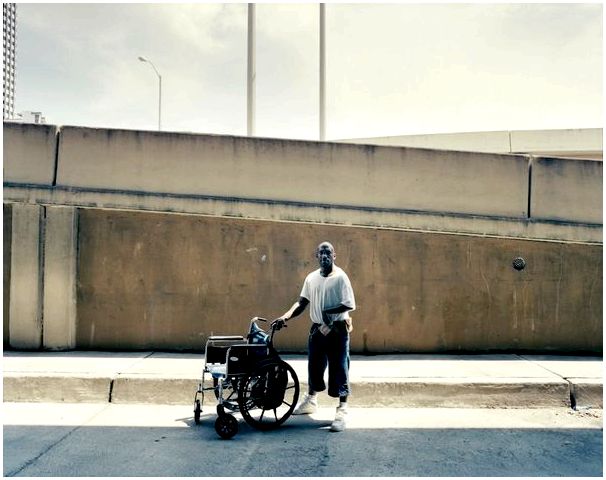 Major Ronald lives under a bridge, in spite of a disability pension. 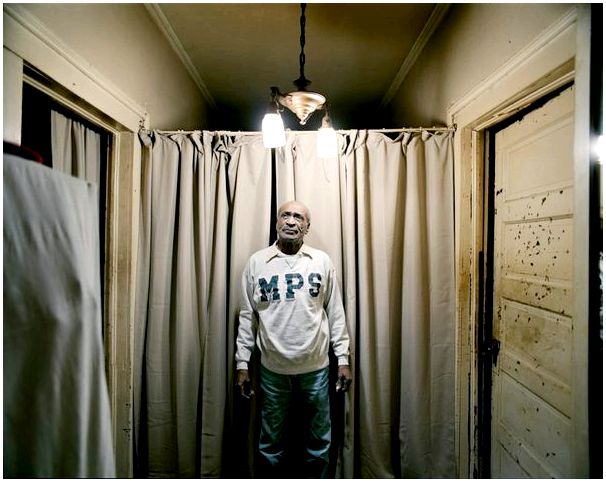 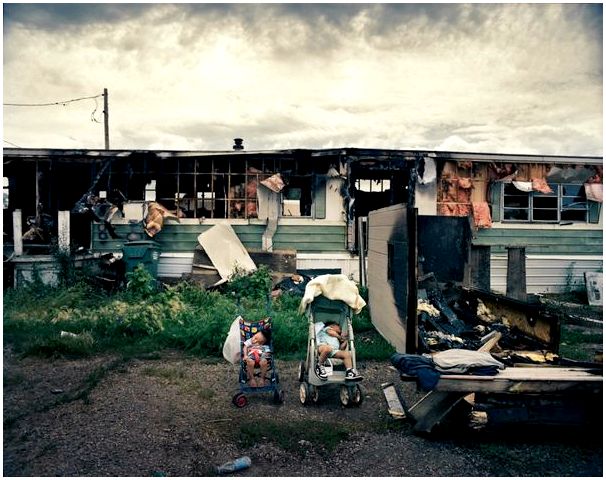 Two granddaughters Adele Johnson White Dog sleeping in strollers next to the burned-out mobile home in Eagle Butte. 45-year-old Adel complained about the wiring in just a week before the fire. As a result, no one was injured, but the family lost all their possessions, including newly purchased computer. Adele, whose burned because of the wiring is the second trailer, running the dishwasher. 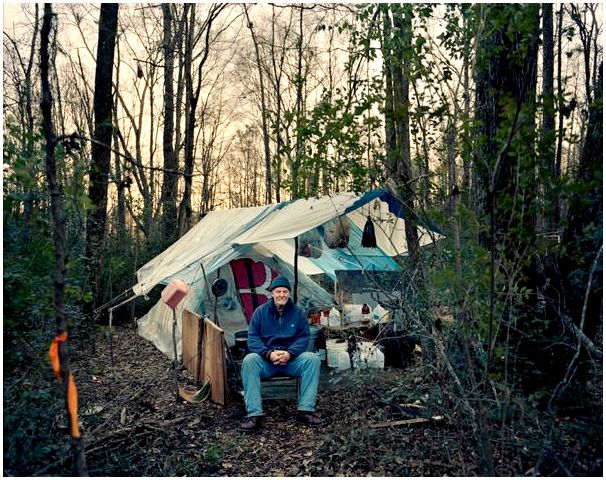 Terry Fitzpatrick and his girlfriend live in a tent in the woods near Athens, Ga., because I do not want to be around other people on the dole. 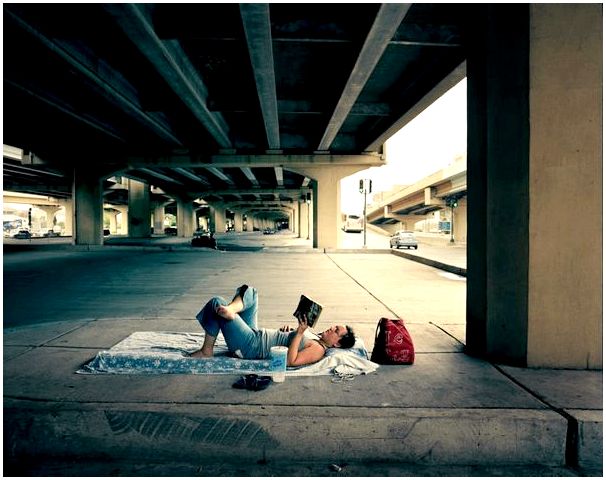 Jennifer Rowden and her boyfriend are forced to live under a bridge in New Orleans because they did not have enough money for rent. 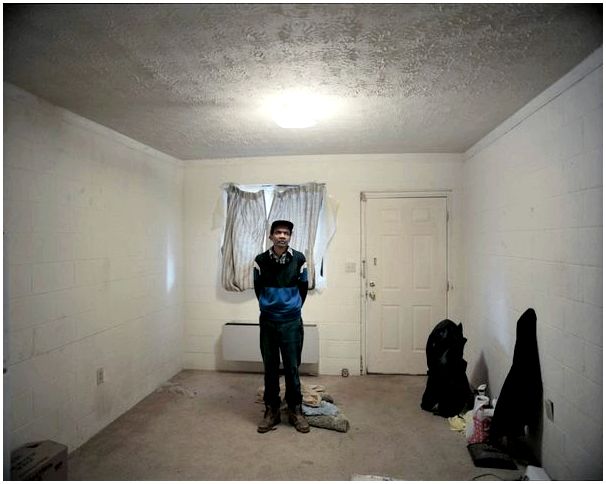 John Moon lives in Spartan conditions in Athens, one of the poorest places of the State of Georgia. Of all the furniture had only a bed, and he recently moved from an apartment to a house on wheels to save. He lives solely through social assistance and food stamps. «The Lord takes care of me, and I’m in good hands,» — he says 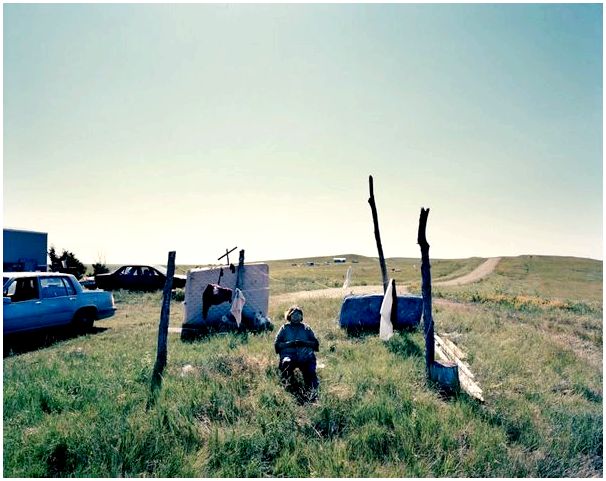 Darlene Rosas 66 years old and she lives in a trailer 40 miles from Eagle Butte, South Dakota. Since 1968, she has lost because of the injury to be working. Water in her trailer, either, so the pipes have burst due to frost in 1992. 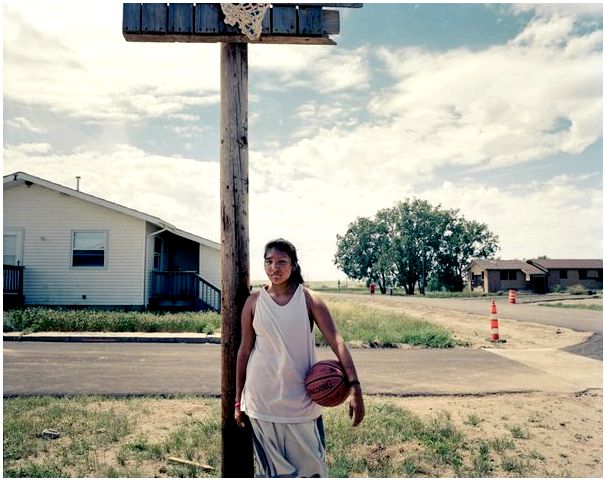 Thirteen-Grass Spirit lives in a family of six people in Thunder Butte in South Dakota. Until recently, the family survived on $ 3,500 a year. This year, her mother, a veteran, has found a permanent job in the medical lab, but like everything here, forced to commute very far to provide for the family. 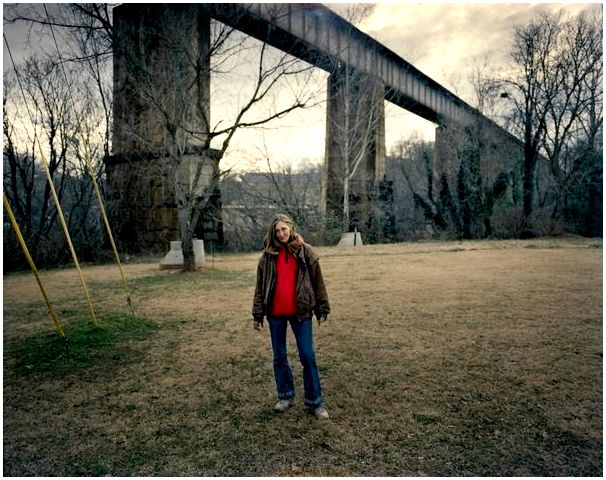 Alex Velius lives under a bridge in Athens, Georgia. She struggles with the effects of drug addiction and severe childhood and suffers the loss of his son.

0
Like this post? Please share to your friends:
Related articles
Interesting 0
Society Former candidate for participation in the presidential election Sergey Ryzhov said that he
Interesting 0
Everything you need to know to start cranking out cash with your PC BY
Interesting 0
«… Air Force Commander Alexander Novikov reported that the two are ready to
Interesting 0
Above the summit crater of the volcano in Alaska Cleveland workers, local observatory
Interesting 0
December 1. Annual capacity is about 180,000 cubic meters of finished products used, including
Interesting 0
Disclose Truth TV introduced a new TV show with the participation of experts: Tarpeya
Categories
SQL - 47 | 0,271 сек. | 10.87 МБ