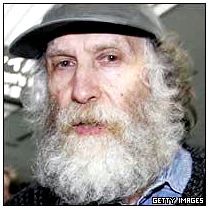 The active phase of persecution Fisher U.S. State Department began when in 1992 the Yugoslav banker Robert E. Vasiljevic proposed to establish a commercial rematch with Boris Spassky and B. ex-champion unexpectedly agreed. The prize fund of the match was $ 5 million. Games were held on the island of Sveti Stefan in Yugoslavia, the conditions put forward earlier by Fisher for a match with Karpov: up to 10 wins.

Even before the start of the match Fischer came a written notice from the U.S. Department of State that attended the match in Yugoslavia in violation of international embargoes (Yugoslavia boycott announced by the U.S.), and Fischer for this match faces up to 10 years in prison. At the pre-match press conference, Fisher defiantly tore up the letter and spit on his scraps with the words: «I made people believe that the United States — the intellectual power that live in it are smart people, and instead of being grateful they have ruined me, humiliated me, spat at me. And I tell them the same. «

The match was held, and Fischer won it with a score of 10:5, only 30 games were played. After the game, Fisher could not return to the United States. In addition to the charges of violating the embargo, Yugoslavia, he presented a claim the tax administration; tax evasion in 1976, including the tax fee recent match, he faces a fine of 250,000 dollars. Fischer lived for a while in Hungary, in Budapest.

A little later in life Fischer again there have been significant changes: in 2000, he suddenly broke with his Hungarian friends and went to live in the East. In the Philippines, he met 22-year-old local native Marilyn Young, which is May 21, 2001 gave birth to a daughter Jinky Young. Neither Marilyn nor her daughter Fisher subsequently communicated, but a few times sent them large sums of money. Basically, Fischer lived in Japan with his old girlfriend Miyoko Watai, a Japanese chess player, with whom he met in 1970. In 2000, Fisher was even in America. He went there illegally, through Canada, to the funeral sister.

Since 1996, Fisher became somewhat more likely to appear in the media, usually with quite a sharp speeches at the United States and the Jews. In 1999, his performance in the Hungarian radio broadcast was interrupted by the host, so it consisted solely of curses against Jews. The last of those who were ether words were: «Those dirty bastards who invented the Holocaust never existed, are now trying to take over the world …». Even in one of his radio broadcasts Fisher said, «America is under the full control of the Jews. All bosses — the Jews, secret Jews, or tsereushnye rats who work for the Jews. Secretary of State and Secretary of Defense — scabby Jews Jews. Look what they did in Yugoslavia. » In the end, he said in an interview with a Philippine radio station, which fully endorses the actions of the «Al Qaeda» and the September 11 attacks.

In December 2003, the U.S. State Department officially canceled the passport Fisher. Sam Fisher learned about it only July 13, 2004, when while trying to fly from Japan to the Philippines, he was arrested for illegal entry into the country and put in jail for illegal immigrants. U.S. immediately demanded that Fisher as a criminal. Miyoko Watai appealed to the world community to rescue Fischer, which required political asylum. While in custody, Fisher said in writing of its refusal of U.S. citizenship, has filed a petition for political asylum and claim for unlawful arrest. Fisher’s lawyers argued that he knew nothing about the cancellation of his passport, in addition, his arrest is illegal in any case, because at the time of its arrival in Japan passport was valid. It was stated that the arrest of Fisher — persecutions on political grounds in which they accused personally of U.S. President George W. Bush and Japanese Prime Minister Junichiro Koizumi.

Fisher spent eight months in prison, during which time having to offer Miyoko to marry him and to enter into the marriage contract. Montenegro, Germany and Iceland declared its readiness to provide Fischer citizenship, and March 24, 2005, he was deported to Iceland. Before leaving Japan, Fischer told reporters that he considers his arrest kidnapping, the repeated accusations against Bush and Koizumi and said that they «should be hanged as war criminals.»

After being deported from Japan Fischer lived in Iceland, in Reykjavik. In November 2007, he was hospitalized with kidney failure. Fischer suggested surgery, but he refused. This ailment, apparently, was the cause of his death, on 17 January 2008. He was buried in the cemetery of the Catholic parish of the town of Selfoss, 50 km from Reykjavik. The funeral, at the request of the Fisher were modest, they were present only a few of his friends and Icelandic Miyoko Watai. On the tomb is set tombstone, engraved with a name «Robert James Fischer» and the dates of life.

In 2002, the newspaper «Philadelphia Inquirer» referring to themselves in the hands of its archival documents published an article stating that Robert Fisher for a long time been on the FBI suspected as the alleged agent of the Soviet intelligence. According to the assumptions, Fisher could be recruited during a trip to Moscow in 1958. On suspicion has imposed knowledge Fischer Russian language, and most importantly — the identity of his mother, Regina Fischer, who made no secret of his left-wing beliefs, fled from Nazi Germany to the USSR, lived there for several years, has finished the first medical school, was in Moscow met her future husband and only in the early 1940s, left for the United States.

Regina Fischer suspected of working for the KGB, the FBI has established monitoring her and her family since arriving in Chicago, but, apparently, no real facts and not received, although the surveillance of Fisher’s continued until 1997, when Regina died. When reporting agents only observed moods and expressions Fisher, in particular, their negative attitude to the war in Vietnam, which management believes the FBI has damaged the prestige of the United States.

— Kasparov, I do not call other than criminal. Neither the name nor simply Kasparov — just criminal! I know now he is trying to do politics goes against President Putin. For me, Kasparov campaign against President Putin — reason enough to express to President Putin approval and full support. Kasparov — the personification of evil … Putin, of course, is not always consistent, but generally takes good solutions. And absolutely the right thing by squeezing out of the country Gusinsky and Berezovsky and Khodorkovsky’s jailing. Khodorkovsky — the Jewish robber who stole billions of dollars of Russian people!

— Rest and recover after nine months in a Japanese prison in the city scape, just 66 km from the Tokyo nuclear power plant. I am absolutely sure, Japan and the United States have conspired to rot in jail, which is literally saturated with radiation. The situation there is the same as you have been following the accident at the Chernobyl nuclear power plant. Back in 1999 at the Tokyo nuclear power plant occurred an incident that caused the already 600 people have died … I quickly realized that Japan — the puppet state that the Japanese authorities will do everything they are told the U.S.. To get started just locked me in jail. For the nine months I’ve never been allowed to go to court to see the judge … hope for fairness and justice was stupid, so their captors I just lied! Of course, the one I have not been able to do, actually pulled me out of jail Myoko Watai …

— The U.S. government — criminal bastards! Without a trial, without any evidence they put any innocent people in prison around the world. In Yugoslavia, Afghanistan, Iraq ..

0
Like this post? Please share to your friends:
Related articles
Interesting 0
Society Former candidate for participation in the presidential election Sergey Ryzhov said that he
Interesting 0
Everything you need to know to start cranking out cash with your PC BY
Interesting 0
«… Air Force Commander Alexander Novikov reported that the two are ready to
Interesting 0
Above the summit crater of the volcano in Alaska Cleveland workers, local observatory
Interesting 0
December 1. Annual capacity is about 180,000 cubic meters of finished products used, including
Interesting 0
Disclose Truth TV introduced a new TV show with the participation of experts: Tarpeya
Categories
SQL - 47 | 0,211 сек. | 10.86 МБ