By studying the captured German guns, designers running F.Petrova developed innovative circuit assembly artillery guns — two fire monitors sliding frame was changed to three fire monitors frame, running gear carried on the upper machine. The supporting frame of the motionless, two other sliding with separation angle of 120 degrees in the firing position. To install the tool into the firing position jack helical upper machine with howitzer lowered to the bottom machine, wheel gun at all it is lifted off the ground. The time required to bring the gun into firing position 100-150 seconds. The main feature that has caught howitzer — the feasibility of the radial firing without any additional movements or guns. The howitzer has a small height band of fire, which makes it possible to use these tools in an anti-defense, in the oppression of different enemy firing points and the destruction of well fenced field installations of the enemy. Sverdlovsk howitzer developed by OKB-9 artzavoda name M.Kalinin and was intended to substitute armed with M-30 howitzer. 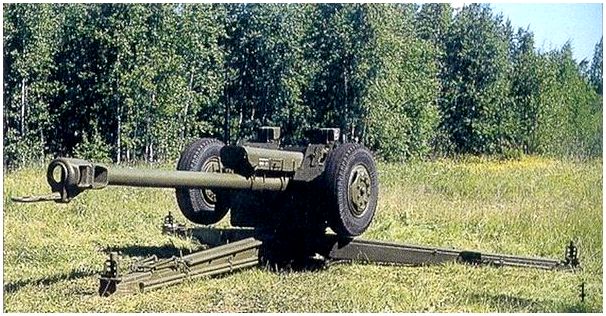 — settlement of enemy personnel in the open countryside and situated in field fortifications;

— suppression of fire field of fire of the enemy;

— ensure passage of his infantry units in the enemy minefields, such as a minefield or entanglement;

— opposition to ground combat vehicles of the enemy.

The device and the composition of the howitzer gun D-30 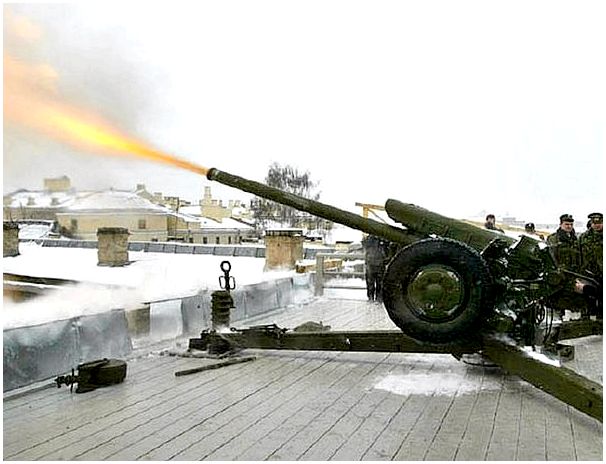 The trunk is actually of the pipe, 2-slot muzzle brake mounts, grips, and the breech bolt with a barrel length of 38 calibres. Loading ammunition in the gun barrel — separate-case manual type.

The recoil device howitzers consist of the brake and recuperator.

Carriage is made of the upper and lower tools, cradles, balancing mechanisms, motors for vertical traverse, suspension devices, wheels and mounts howitzer in the stowed position. Radial shooting limited elevation angle of 18 degrees to 70 degrees shooting is limited to the location of the sector stand. Suspension arm — torsion, when the wheels hit a hole or an obstacle, wheel levers and cranks spin torque tubes. Due to the introduction of a torsion bar spring steel, as they are beginning to spring back to unwind and return to the factory leverage position.

Oscillating part of the howitzer:

The spinning part of the howitzer: 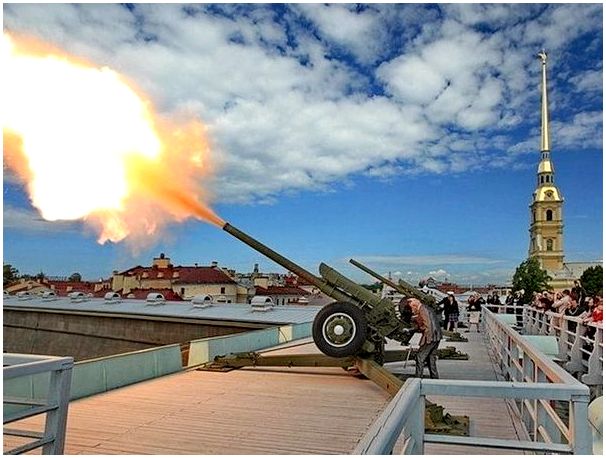 Automatic wedge bolt secured to the highest rate of such caliber — 8 rds / min, and the assembly of the barrel, where Sliding brake and recuperator are placed on top, assist to reduce the line of fire guns to 900 mm. All this is possible to reduce the height of the howitzers and masking properties of the increment in the military criteria.

For firing a howitzer D-30 used a high-explosive ammunition over-capacity 3OF56. Used ammunition and other types:

In addition, in the coming spetsboepripasov were designed with long-range damage, active-reactive type. Some of them have been produced abroad, which were supplied from the Russian Union of howitzers. Firing range of active-reactive ammunition was more than 21 kilometers.

Due to the extraordinary design of guns, howitzers transportation also made a little special. Frame are connected among themselves and hung up the trunk of a gun. Howitzer itself is transported through the pivot device, which is made on the muzzle of the barrel. Mechanisms used in wheeled howitzers have allowed it to carry enough highest speed — up to 80 km / h (equipped road). For transportation on snow-covered roads, howitzer equipped ski installation, though firing off it becomes unfeasible. Small dimensions and weight properties were given the opportunity to use the howitzer in the landing-air staff or spending dropping from aircraft to provide troops.

This howitzer has received wide distribution not only in the Russian Army of the Union, and of the camps and the Warsaw Pact allies-mills. Howitzer made in the USSR and licensed in several other states. And although today its creation discontinued, it is always appreciated in the army for the simplicity, reliability, firepower and mobility. There are armed — the Russian Federation, Hungary, Vietnam, Lebanon, China, Mongolia, Romania, Ukraine and Afghanistan. Maybe there is in service with Poland, Iraq, the Czech Republic and Slovakia.

One of the most recognizable applications howitzer in the fighting — Afghanistan (1979-89 years). Used in the Iran-Iraq war in the Chechen conflict and companies. 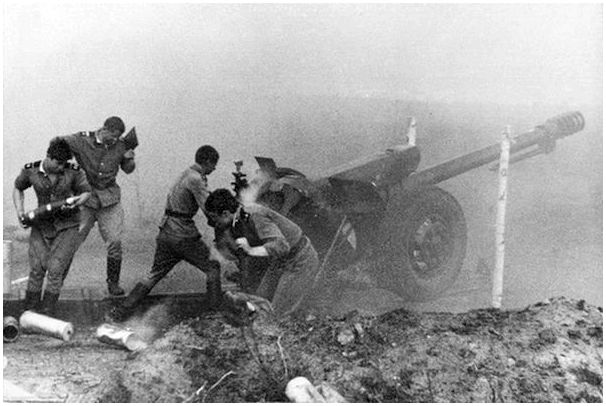 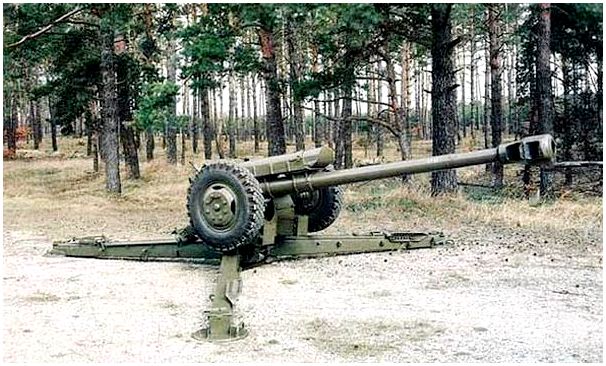 — ACS 2C1 «Carnation» — Russian version of the chassis with the use of a mobile howitzer D-30;

— T-34/122 — Egyptian version of the self-propelled howitzer based on the T-34-85. It differs f rom the Syrian version of the installation of armor plates with the possibility of swinging on hinges. Weight machines out a bit more, but the speed and throughput of the chassis of the T-34-85 is not actually impacted; 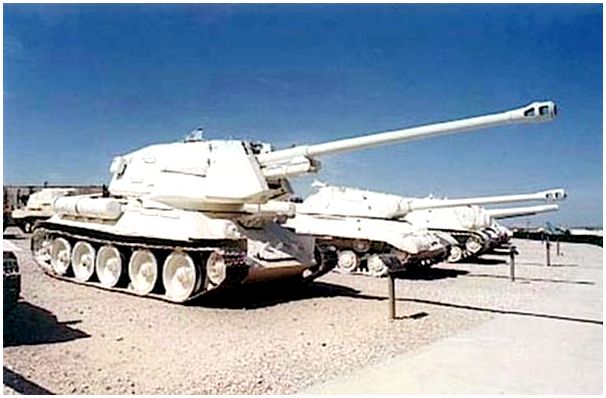 — ACS SP-122 — the most experienced model of self-propelled howitzers. Created for the Army Egyptian American and British firms by «Bowen-McLaughlin-York» and «Royal Ordnance». ACS took the chassis from the U.S. M-109 self-propelled guns. Not commercially released; 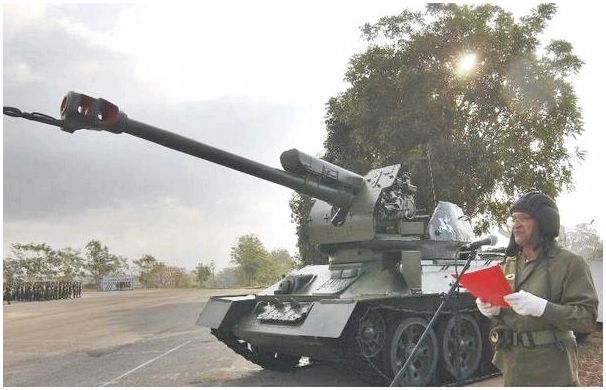 0
Like this post? Please share to your friends:
Related articles
Interesting 0
Society Former candidate for participation in the presidential election Sergey Ryzhov said that he
Interesting 0
Everything you need to know to start cranking out cash with your PC BY
Interesting 0
«… Air Force Commander Alexander Novikov reported that the two are ready to
Interesting 0
Above the summit crater of the volcano in Alaska Cleveland workers, local observatory
Interesting 0
December 1. Annual capacity is about 180,000 cubic meters of finished products used, including
Interesting 0
Disclose Truth TV introduced a new TV show with the participation of experts: Tarpeya
Categories
SQL - 53 | 0,501 сек. | 11.51 МБ